Accessibility links
Teacher Wins $150,000 Prize — And Donates It All To Her School : The Two-Way Nikki Bollerman recently won a contest that gave books to her students. The third-grade teacher, 26, decided the cash that came with it should also go to her school. 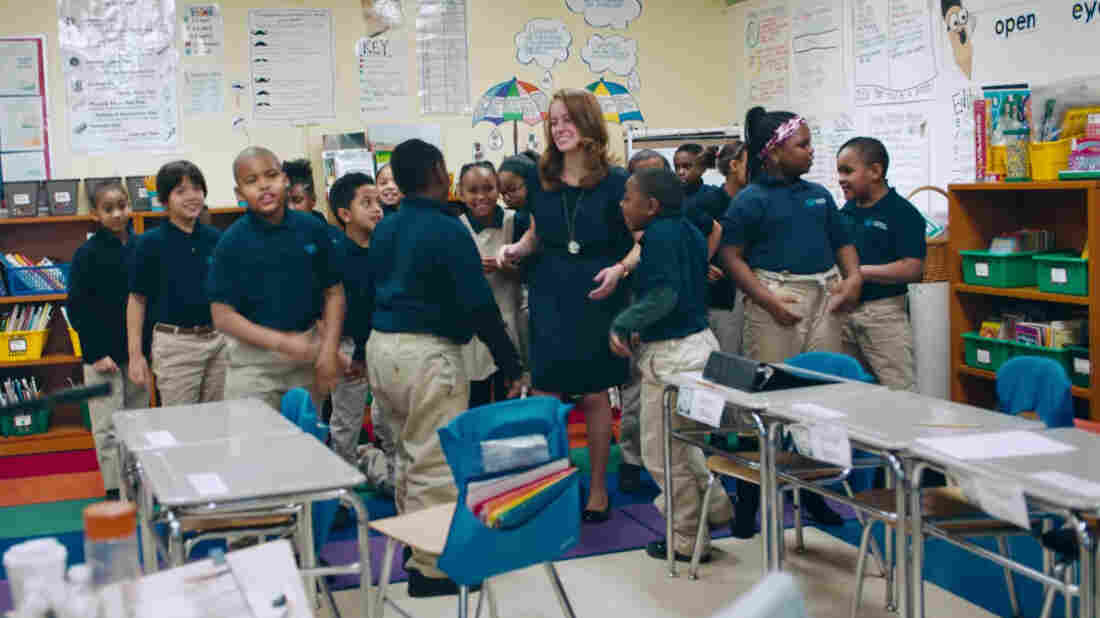 Third-grade teacher Nikki Bollerman, 26, won a contest that gave her students books for the holidays. When she also won $150,000, she decided it should go to her school. YouTube hide caption 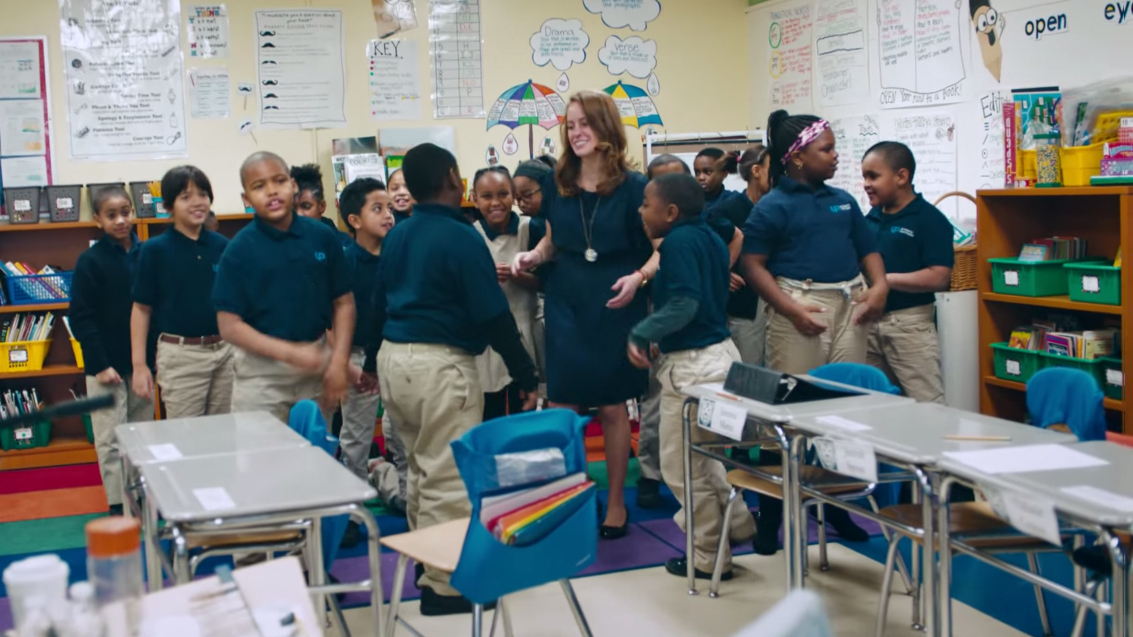 Third-grade teacher Nikki Bollerman, 26, won a contest that gave her students books for the holidays. When she also won $150,000, she decided it should go to her school.

One thing's for sure: Nikki Bollerman believes in her school and the kids who go there. How else to explain Bollerman, 26, giving a $150,000 windfall to the Boston area public charter school where she teaches third grade?

The story comes to us from member station WBUR, which reports that Bollerman's generosity got the attention of Mayor Marty Walsh, who met with her and some of her students Monday.

"I want to thank Nikki for your kindness and your humility, and you are certainly a shining example of great things to the city of Boston," Walsh said. "We are grateful for your hard work and generosity. You have inspired lots of people with your selfless act."

According to WBUR's Fred Bever, Bollerman was awarded the money after she entered an online contest that called for entrants to make a wish for other people.

"My #WishForOthers is that my vivacious, loving third-grade scholars all took a book home with them over December break," Bollerman said.

Her entry won three books for her students at UP Academy Dorchester, a 1-year-old school that bills itself as "a tuition-free Boston public school currently serving students in grades K1-5."

As part of the contest, Bollerman was filmed giving out the books to her students.

"I tried not to cry," she said. "I really just wanted them to have books of their own."

At UP Academy Dorchester, WBUR says, "students at the once-failing school raised their MCAS proficiency scores in math and English language arts the most of any school in the state's history."

As a bonus for Bollerman, the WishForOthers contest's sponsor, Capital One, gave her a $150,000 grand prize. But she told Bever that she never considered keeping it for herself.

"To me there was no other real option. I mean, I wished for it for the kids. Where else would it go other than them?" she said. "As you can see they are so wonderful, and I just wanted it to go to them."