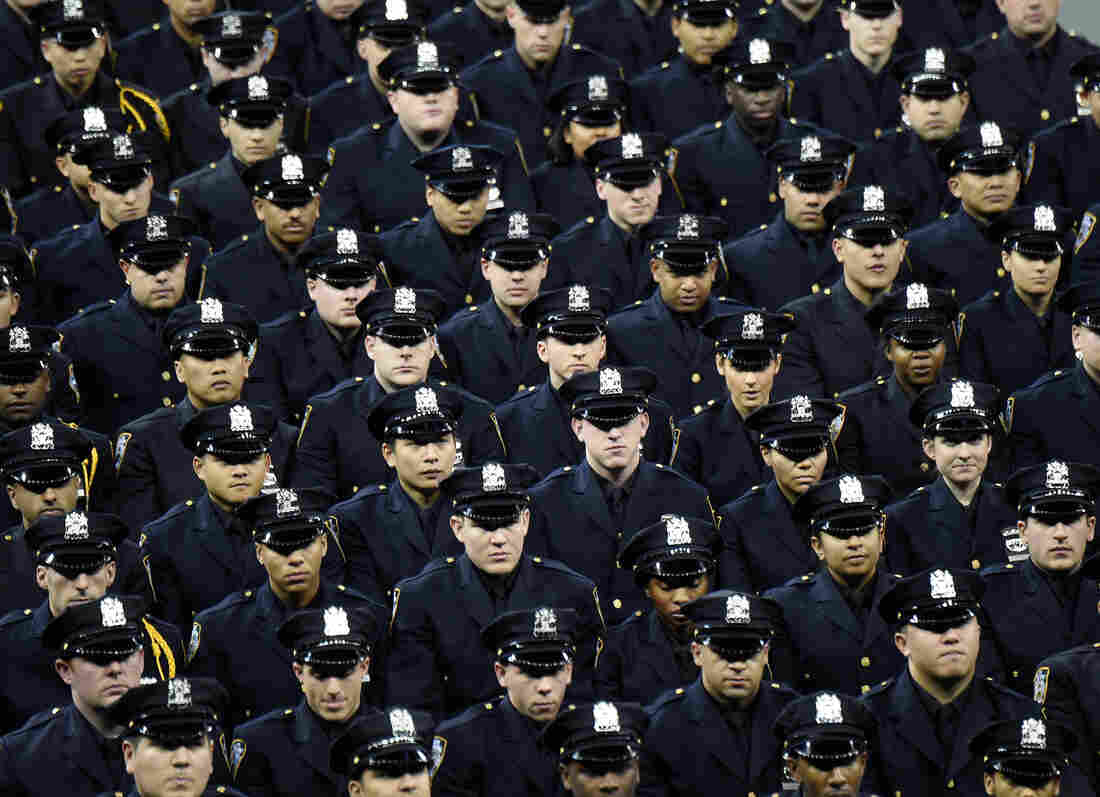 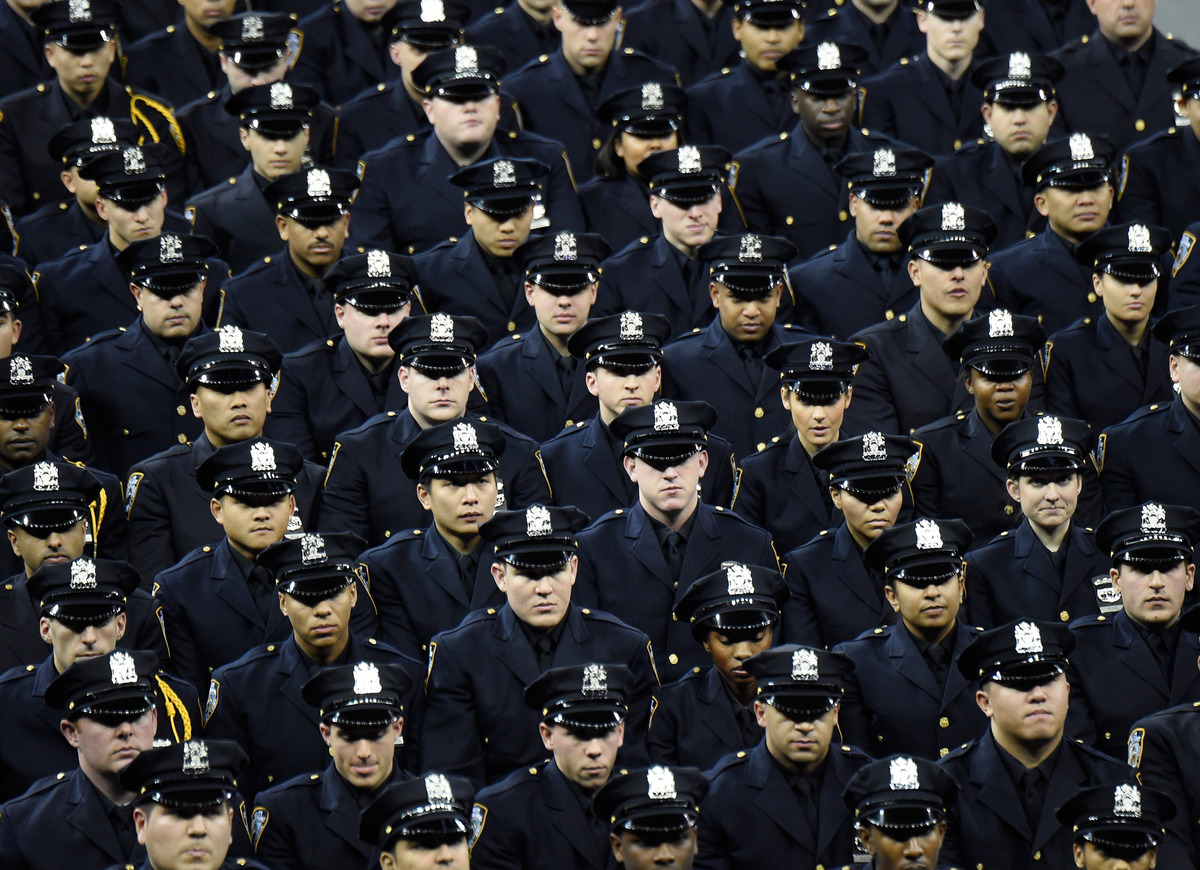 " 'Let's be honest about the realities of our society,' de Blasio told the graduating class of more than 800 new officers. 'You'll confront all the problems that plague our society, problems that you didn't create.'

"Immediately after the mayor made that remark, someone from the crowd yelled, 'You did!' to a round of applause."

As we've reported, the rift between the mayor and the police department began after a grand jury refused to indict a police officer involved in the death of Eric Garner. Since then, protests have erupted across the city and a gunman, apparently in response to Garner's death, shot and killed two police officers.

The Patrolmen's Benevolent Association's president, Pat Lynch, accused the mayor of having "blood on his hands."

Reuters reports that as in the past, about a dozen people turned their backs on de Blasio today.

"Before he had even finished speaking, the mayor's press office circulated a long, evidently prepared email to journalists.

" 'Want to remind folks that today was not the first time a NYC Mayor has been booed at a police graduation,' Marti Adams, a spokeswoman for the mayor, wrote before pointing reporters to old news reports about de Blasio's three predecessors getting similar treatment.

"The wake for the second slain officer, Wenjian Liu, is due to be held on Saturday in Brooklyn and the funeral on Sunday."