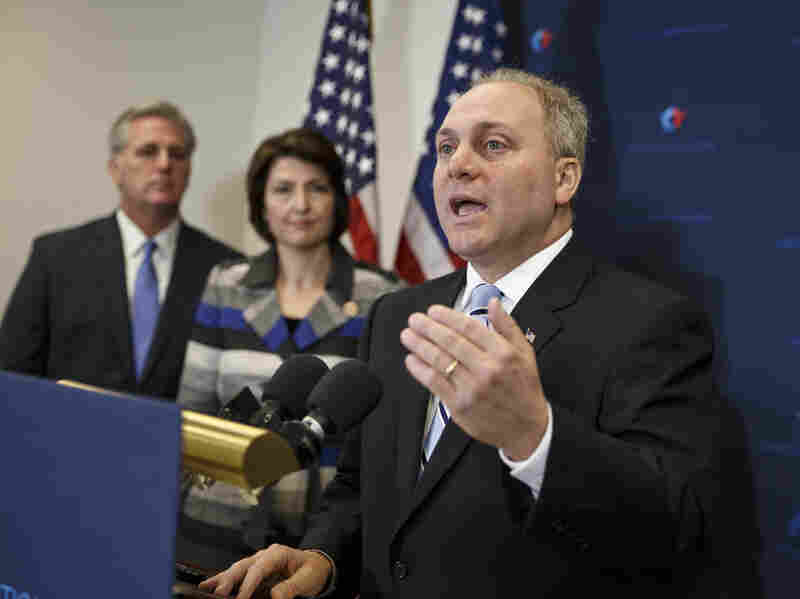 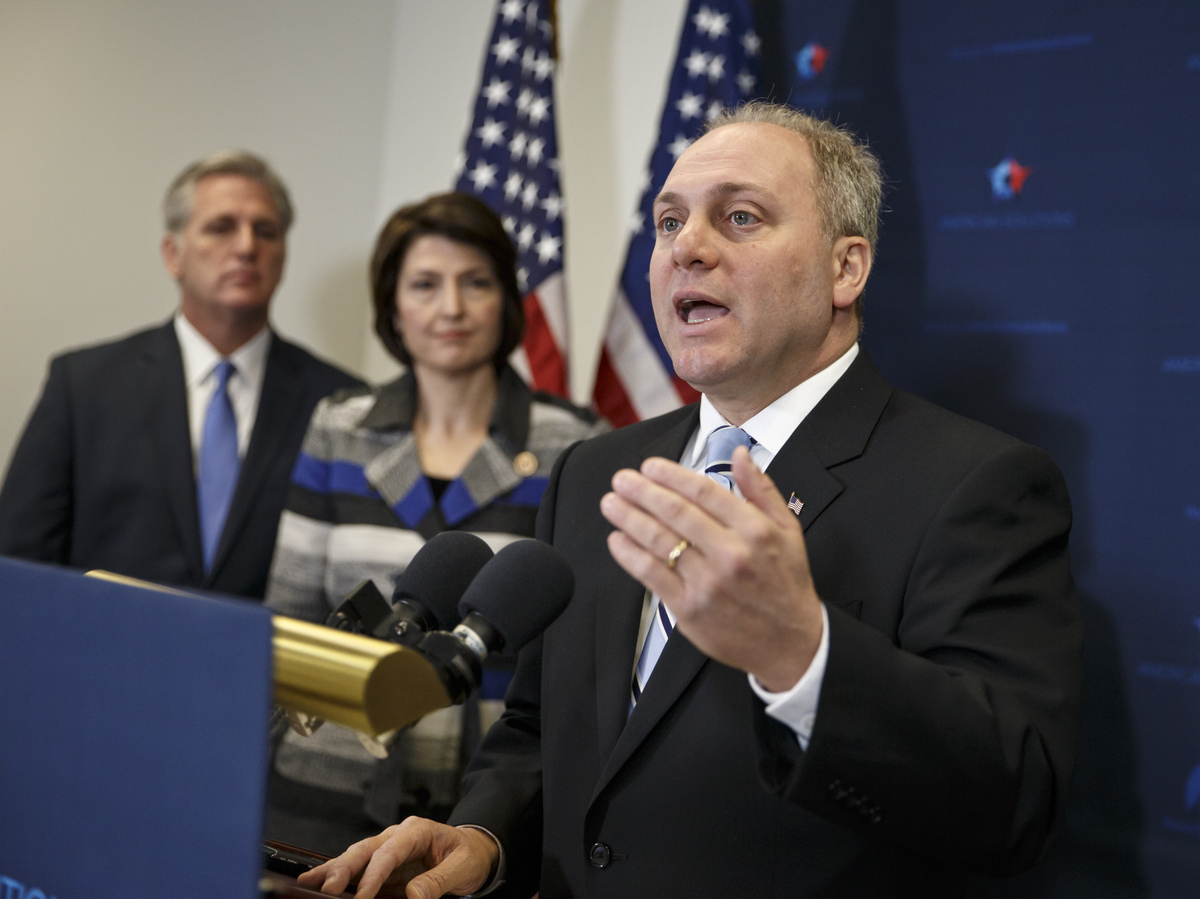 House Majority Whip Steve Scalise, a Louisiana Republican, is facing criticism over a speech he reportedly made to a gathering of white supremacists in 2002. According to The Washington Post, the remarks were given at a conference of the European American Unity and Rights Organization, a group founded by David Duke, former Ku Klux Klan leader and Louisiana state legislator.

The news was first reported at cenlamar.com by Lamar White, who writes about politics in Louisiana. Lamar writes that there's no way Scalise didn't know what type of crowd he was talking to:

" ... why was Scalise even there in the first place? He can't pretend like he was confused and just stumbled into the wrong conference due to a scheduling error or a drug-induced hallucination, and he can't feign ignorance about the organization; their acronym may have been vague, but their agenda was crystal clear. Unless Steve Scalise is totally incompetent, he knew exactly where he was headed when he parked his car in the lot in front of the Landmark Best Western."

But the Post reports that Scalise spokesperson Moira Bagley Smith says that back in 2002 her boss didn't know the group's "ideology and its association with racists and new-Nazi activists." The Post also reports that some allies of Scalise say he was "poorly staffed during the period, when he was busy touring the state promoting his efforts to curb state spending."

While Smith did not deny the allegation, she did send NPR the following statement:

"Throughout his career in public service, Mr. Scalise has spoken to hundreds of different groups with a broad range of viewpoints. In every case, he was building support for his policies, not the other way around. In 2002, he made himself available to anyone who wanted to hear his proposal to eliminate slush funds that wasted millions of taxpayer dollars as well as his opposition to a proposed tax increase on middle-class families. He has never been affiliated with the abhorrent group in question. The hate-fueled ignorance and intolerance that group projects is in stark contradiction to what Mr. Scalise believes and practices as a father, a husband, and a devoted Catholic."

The Atlantic reports that Scalise is set to become a power player in the Republican-controlled Congress:

"Scalise, 49, won his seat in the House in 2008 and has advanced quickly. After leading the Republican Study Committee, an influential conservative bloc, he won the post of majority whip that opened up following Eric Cantor's surprise primary defeat in June. That puts him behind only [Speaker John] Boehner and Majority Leader Kevin McCarthy in the House leadership hierarchy. Inside the Capitol, he's known as a friendly conservative who is relentlessly on message, a trait that endeared him to party leaders who supported him over more freewheeling, gaffe-prone colleagues."

Roll Call is reporting that Scalise has spoken about David Duke before. The site says Scalise embraced "many of the same 'conservative' views as Duke," but he also acknowledged, "The novelty of David Duke has worn off."