Accessibility links
Japan's Population Declined In 2014 As Births Fell To A New Low : The Two-Way The country's aging and shrinking population has been an issue of concern and could have severe economic consequences. 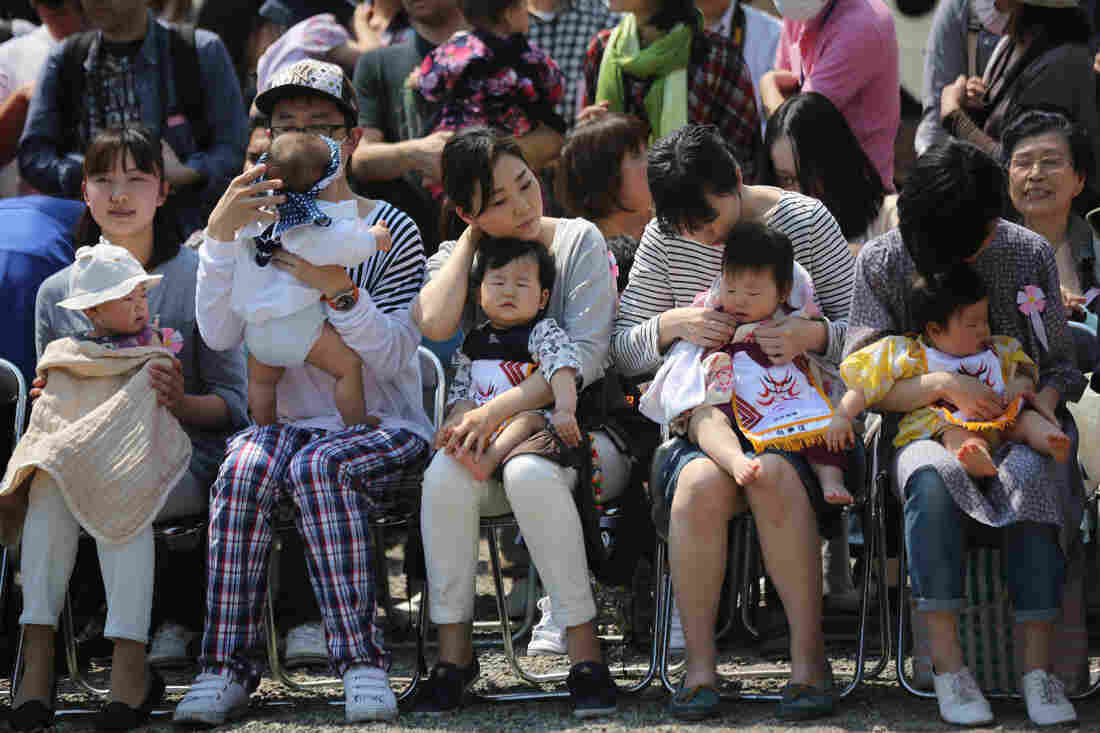 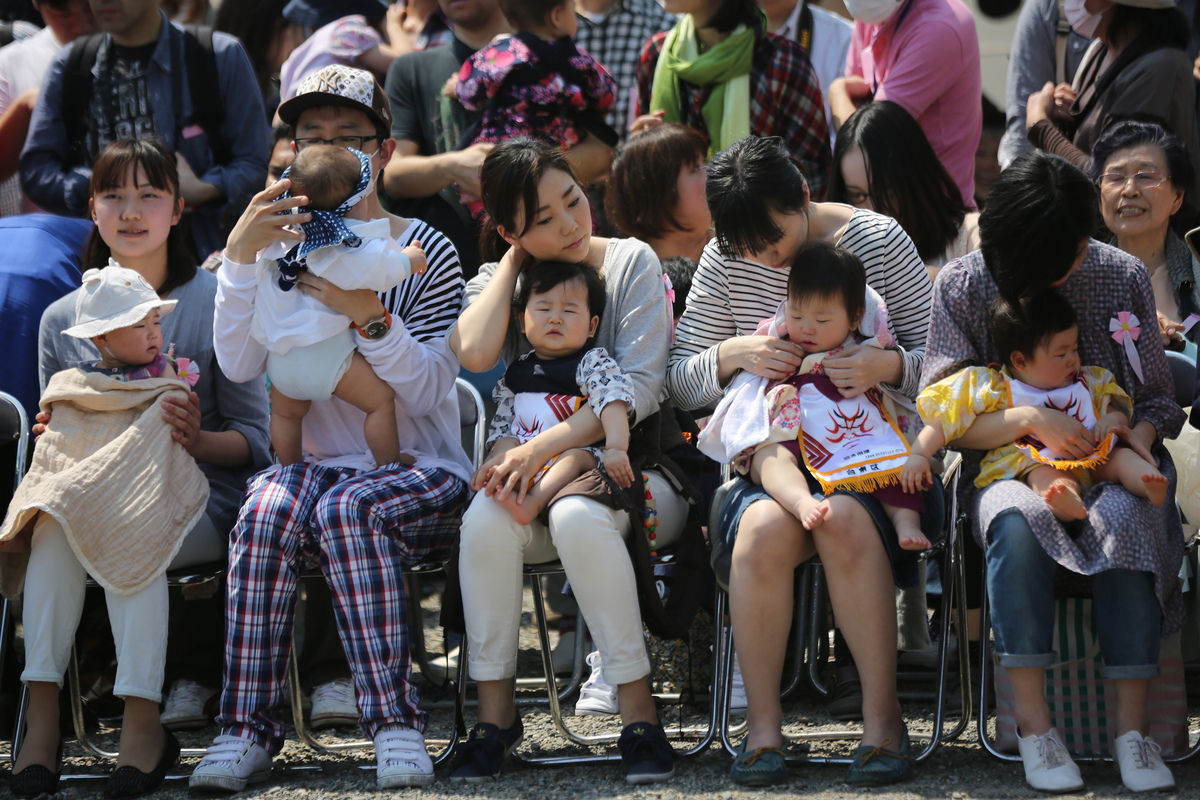 The Kyodo news service adds that the number of births could slide below 1 million when new numbers are released in June.

Agence France-Presse adds that the number of births was a new low for the fourth straight year.

An official at the ministry told Kyodo a further decline in births was expected because "the number of reproductive-age women is on the decline."

Japan's aging and shrinking population has been a concern since the 1970s, when the number of newborn babies hit more than 2 million annually. The figure dropped below 1.5 million in 1984 and below 1.1 million in 2005. The country's total population was estimated at 127.3 million in 2013.

The number of deaths has exceeded 1 million annually since 2002.

Those 65 and over are expected to make up nearly 40 percent of the population in 2060. That could mean tough economic times for the world's No. 3 economy, as we noted in a blog post in 2010.