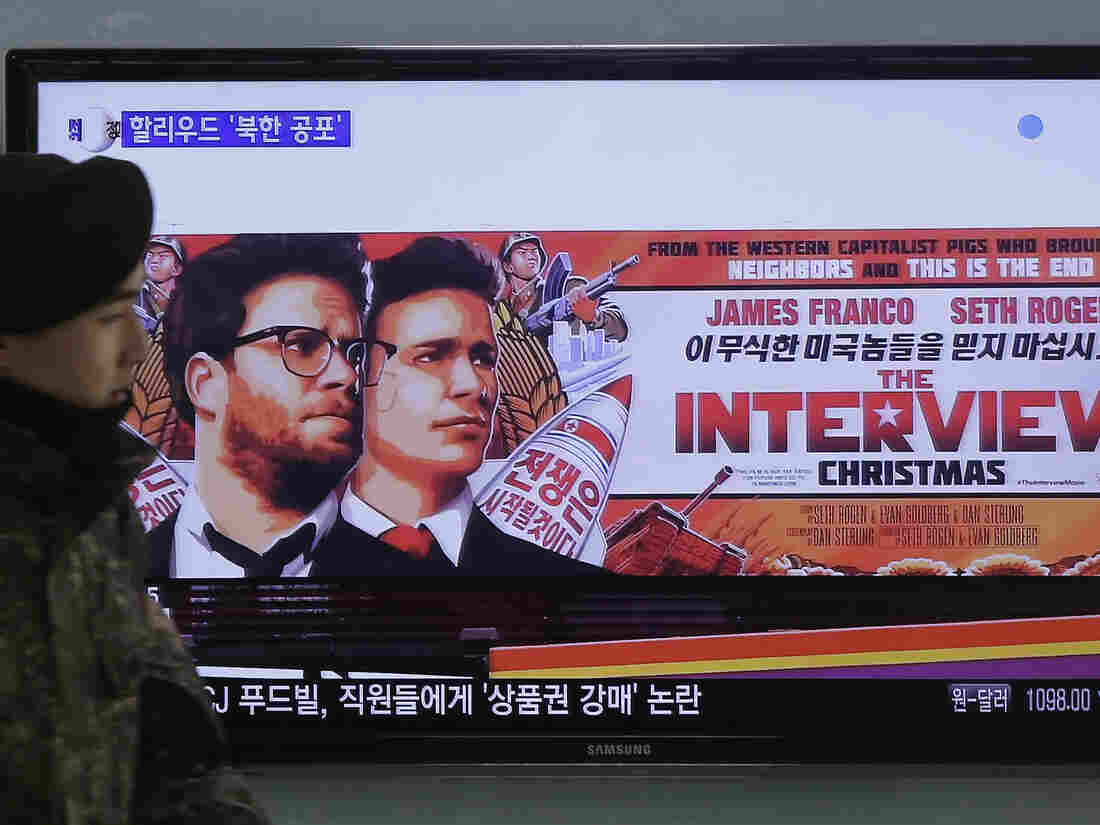 A South Korean army soldier walks near a TV screen showing an advertisement of Sony Picture's The Interview, which sparked condemnation in North Korea, which allegedly hacked the studio. Ahn Young-joon/AP hide caption 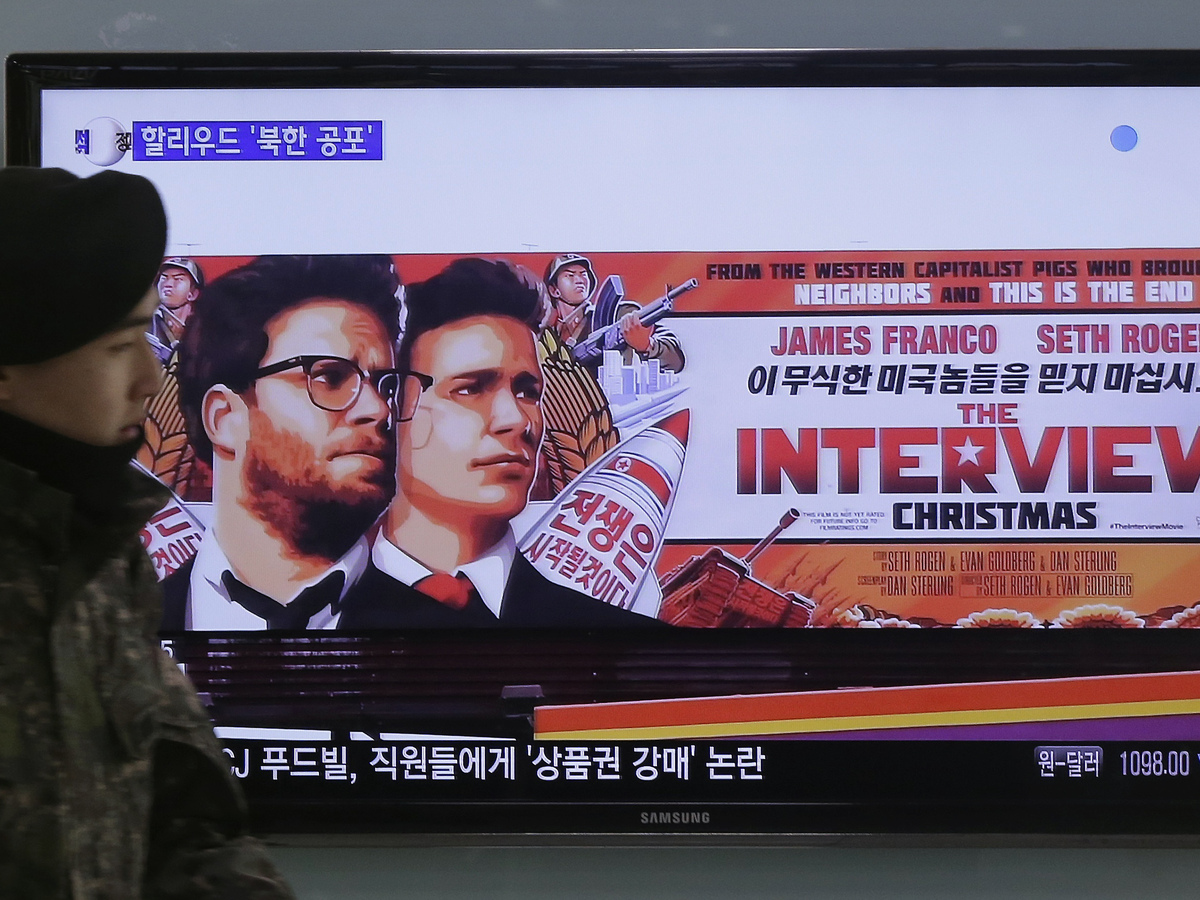 A South Korean army soldier walks near a TV screen showing an advertisement of Sony Picture's The Interview, which sparked condemnation in North Korea, which allegedly hacked the studio.

President Obama today issued an executive order authorizing expanded sanctions against North Korea and the ruling Workers' Party of Korea in response to Pyongyang's alleged role in the hacking of Sony Pictures Entertainment.

The Associated Press says that the new sanctions "will affect three North Korean entities, including a government intelligence agency and a North Korean arms dealer. The U.S. is also sanctioning 10 individuals who work for those entities or the North Korean government, the Treasury Department said."

In a statement, press secretary Josh Earnest said: "We take seriously North Korea's attack that aimed to create destructive financial effects on a U.S. company and to threaten artists and other individuals with the goal of restricting their right to free expression."

The action freezes the transfer of assets in the United States owned by the government of North Korean or individuals associated with Pyongyang.

"The order is not targeted at the people of North Korea, but rather is aimed at the government of North Korea and its activities that threaten the United States and others," the president said in a letter to House and Senate leaders, according to the AP.

"Today's actions are driven by our commitment to hold North Korea accountable for its destructive and destabilizing conduct. Even as the FBI continues its investigation into the cyber-attack against Sony Pictures Entertainment, these steps underscore that we will employ a broad set of tools to defend U.S. businesses and citizens, and to respond to attempts to undermine our values or threaten the national security of the United States," said Secretary of the Treasury Jacob J. Lew in a statement.

The AP notes: "Although the U.S. already has tough sanctions in place against North Korea over its nuclear program, these are the first sanctions punishing Pyongyang for alleged cyberattacks. The White House said this is just the first part of the U.S. response to the Sony incident."