Accessibility links
Why The Euro Fell To A 9-Year Low Against The Dollar : The Two-Way A combination of political instability in Greece, possible quantitative easing in the eurozone and a stronger dollar are all pushing the common European currency lower. 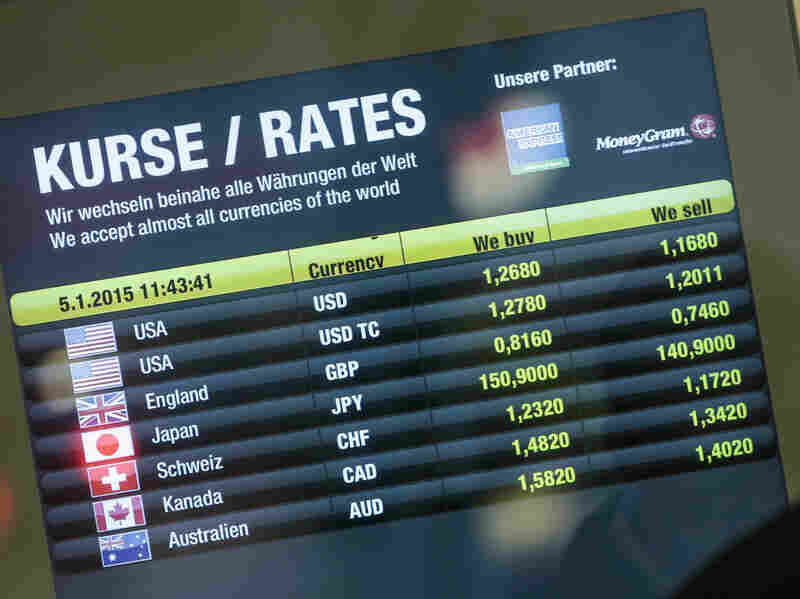 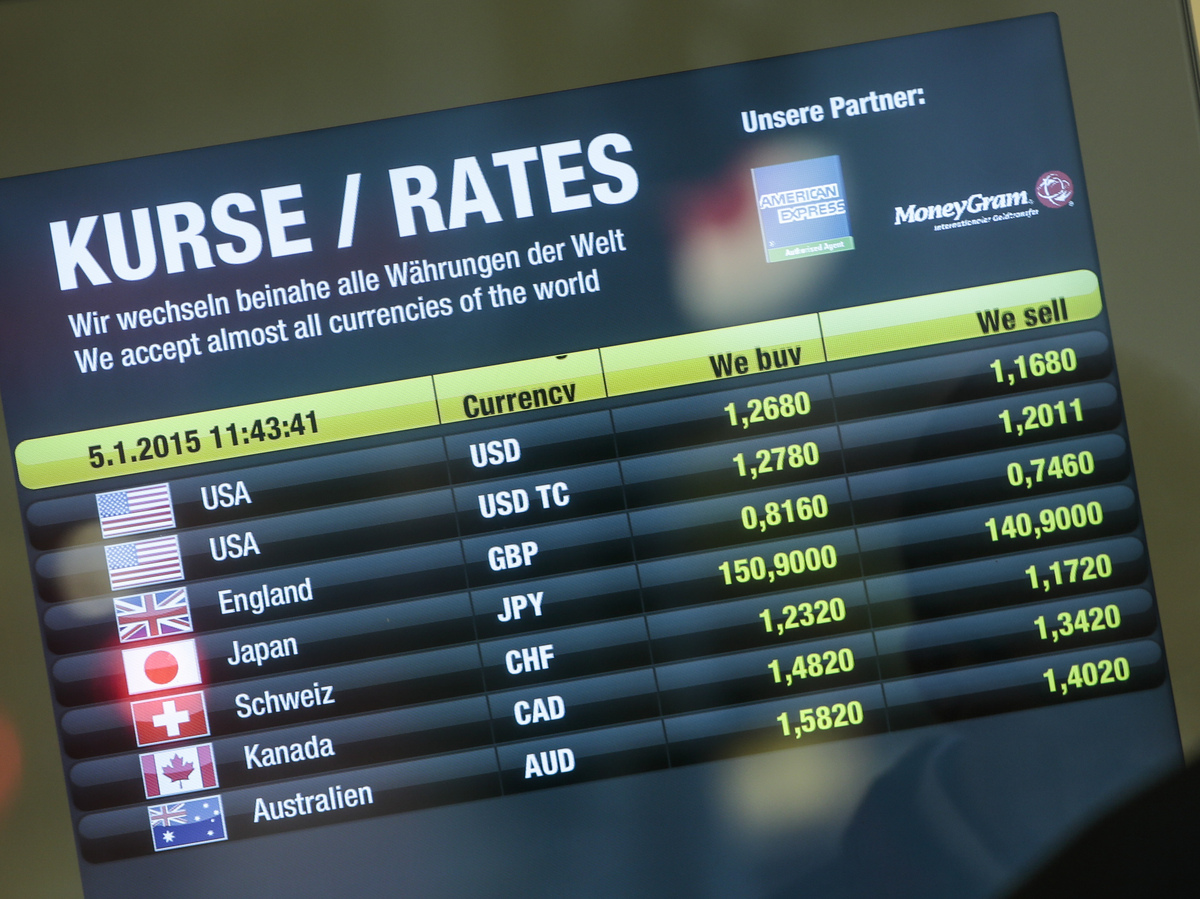 The euro sank to a nine-year low Monday as new doubts surfaced about Greece's commitment to the common currency bloc.

The euro fell today to a nine-year low against the dollar amid continuing doubts over Greece's future in the currency union and renewed prospects of monetary easing in the eurozone, the club of 19 EU countries that share the common currency.

Here's why this is happening:

Political Instability In Greece: Greeks vote in elections Jan. 25, and polls show the left-wing opposition Syriza party with a lead. The group opposes the IMF- and EU-mandated austerity plan imposed after Greece's economy was bailed out. This is prompting fears that a Syriza victory means Greece could exit the eurozone. The euro's slide today came after an article in the German news magazine Der Spiegel that said Germany could allow Greece to drop out of the currency union.

Possible Quantitative Easing: Europe's economy has struggled to recover from the global recession, and there is speculation that the European Central Bank could introduce quantitative easing to stimulate the eurozone. The ECB has already lowered interest rates to record lows, and it could now embark on a program to buy billions of euros in bonds to spur the economy. This usually has the effect of currencies losing ground, which is what is happening with the euro. But news reports note that the situation in Greece could persuade the ECB to hold off on any announcement until after the Greek election.

The Dollar: The U.S. Federal Reserve introduced quantitative easing in 2008, lowering interest rates to near zero and buying trillions of dollars of bonds and mortgages to boost the country's economy. The dollar fell against major currencies, making U.S. exports cheaper. But since those days, the U.S. economy has become stronger. In the third quarter of 2014, it grew by 5 percent and created jobs. The Fed has eased the policy of quantitative easing and is now considering when to start raising interest rates. All this is making the dollar stronger against other major currencies — another reason for the euro's decline.