Accessibility links
Crude Oil Dips Under $50 A Barrel, A Price Last Seen In 2009 : The Two-Way In the U.S., the average cost of a gallon of regular gasoline has fallen some $1.20 since June, according to AAA. The drop is linked to both OPEC's boosted production and a stronger dollar. 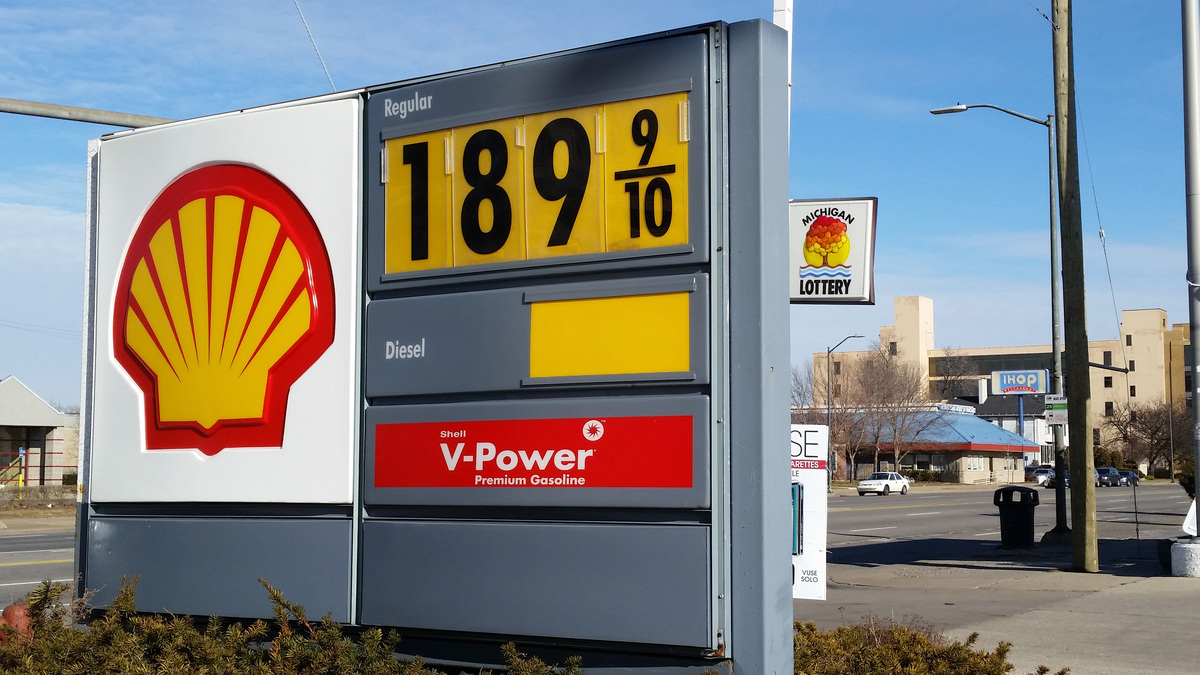 U.S. gasoline prices have fallen sharply since last summer, driven by surging oil production and other factors. The price for a barrel of U.S. West Texas Intermediate crude fell below $50 Monday.

The price for a barrel of U.S. oil benchmark West Texas Intermediate fell below $50 Monday, matching levels seen in the spring of 2009. The drop is linked to both OPEC's boosted production and a stronger dollar.

Oil's latest fall came along with a dip on Wall Street, as the Dow Jones industrial average fell more than 330 points to finish at 17,501 — a drop of 1.86 percent that's also seen as a reaction to new instability in Europe.

Petroleum has been in a free fall: In the U.S., the average cost for a gallon of regular gasoline has fallen from above $3.60 to below $2.20 since June, according to AAA.

The sharp drop has come as OPEC member nations seek to protect their market share by raising production levels to undercut profits for U.S. oil companies.

Both Iraq and Russia are now producing crude at record levels, as Bloomberg News reports.

"People are thinking about promises from OPEC, mostly Saudi Arabia, that they'll continue to produce at very high levels," TD Securities commodity strategy chief Bart Melek tells Agence France-Presse. "On the demand side of the equation, what we're getting is basically a lack of demand growth ... as Europe is potentially in crisis."

The cheaper oil and gas prices come along with a surging dollar, which reached a nine-year high against the euro earlier Monday.

As Krishnadev reported for the Two-Way, the reasons for that gain include renewed instability in Greece and the possibility that the European Central Bank "could introduce quantitative easing to stimulate the eurozone."

For many in the American oil industry, a central question has been whether companies can keep developing oil fields, even as the financial incentive to do so keeps shrinking.

As the industry site Fuel Fix notes today, the number of working U.S. oil rigs has fallen more in the past two weeks than in any similar period since 2009.

"The number of rigs operating in the United States declined by 29 last week to 1,811," the site reports, "marking the fourth consecutive weekly decrease for the U.S. count, published by oil field services company Baker Hughes."