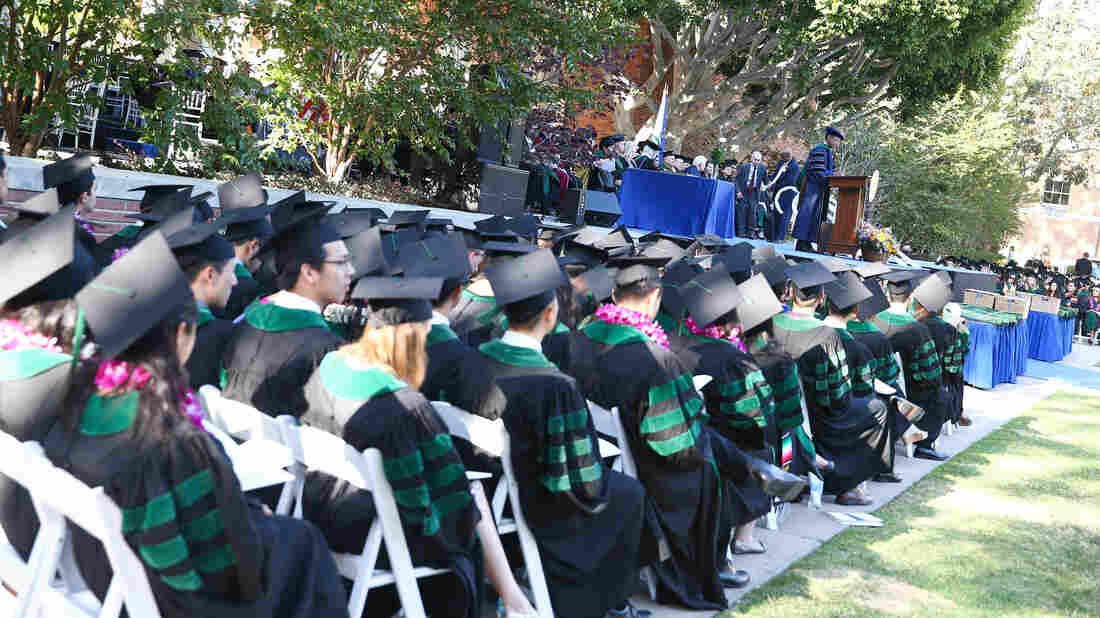 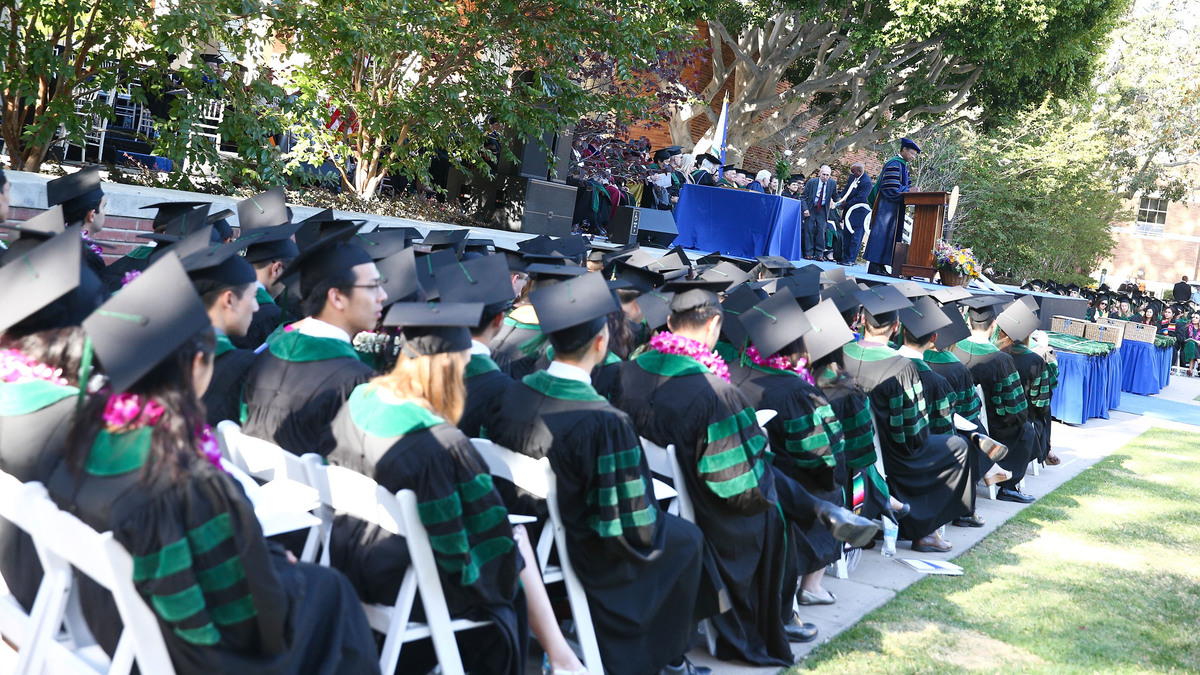 During the fiscal years 2003-2012, "median tuition rose 55 percent across all public colleges," while state funding decreased by 12 percent, the General Accountability Office reports.

Driven by higher tuition fees and tighter state funds, America's public colleges now get more money from their students than from all state sources. That's according to a report by the Government Accountability Office, which says tuition revenue reached 25 percent of the colleges' total in 2012.

The numbers are stark, with the GAO saying that from fiscal years 2003-2012, "state funding decreased by 12 percent overall while median tuition rose 55 percent across all public colleges."

Over that period, funds from state sources fell from 32 percent of total revenue down to 23 percent. 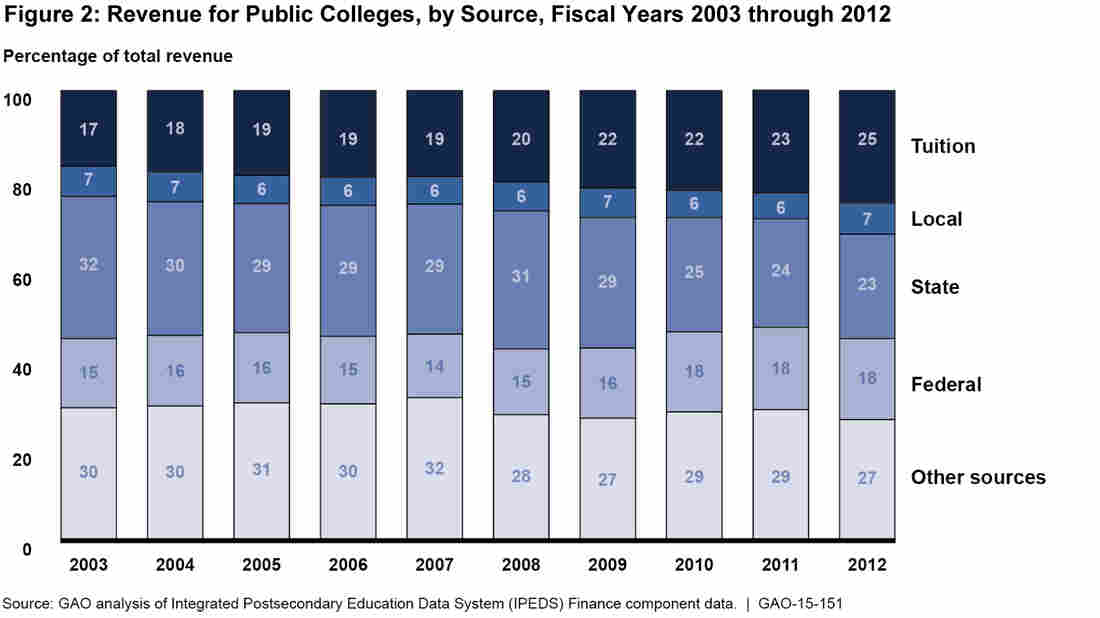 Public college revenue broken down according to source, from fiscal years 2003-2012. Tuition outpaced state funding as a source of money in the most recent year of a GAO study. General Accountability Office hide caption 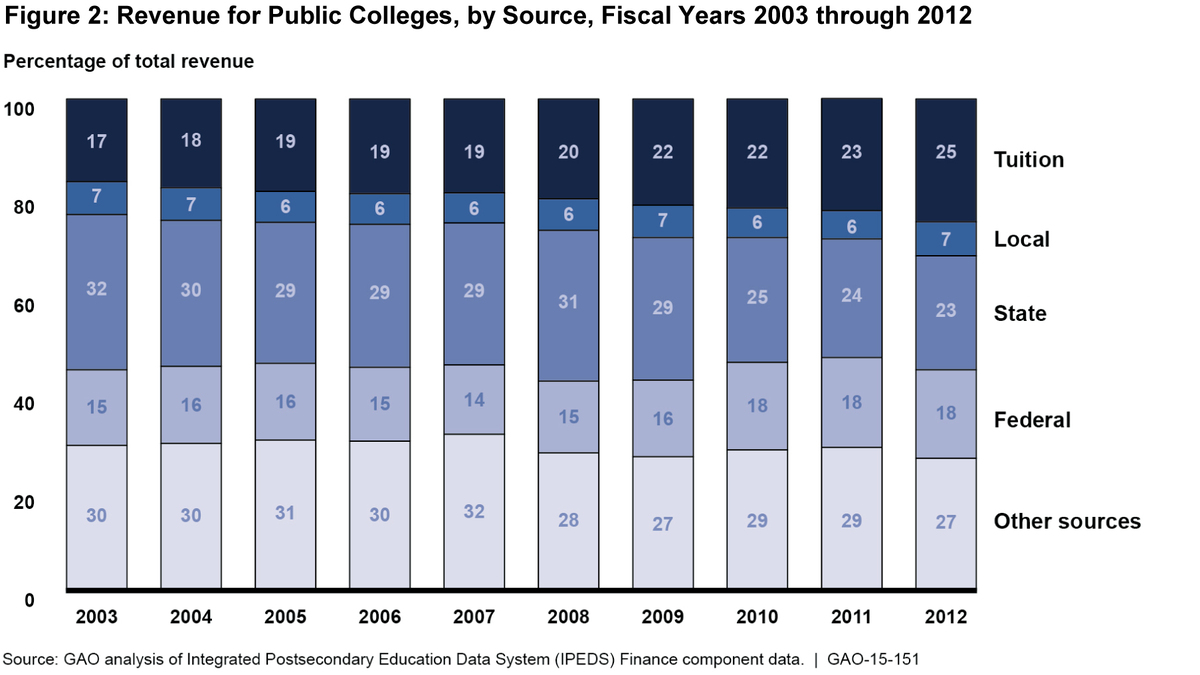 Public college revenue broken down according to source, from fiscal years 2003-2012. Tuition outpaced state funding as a source of money in the most recent year of a GAO study.

Revenue from other sources was relatively steady, with the GAO saying that colleges' main funding category, which accounted for 27 percent of revenue in 2012, reflects "private gifts, grants and contracts; sales and services of educational activities," along with hospital revenues and other enterprises.

The agency's review of how much it costs to pursue a post-secondary degree included all types of public colleges, from two- and four-year schools to ones that require less than two years. As of the 2011-2012 school year, public colleges account for 67 percent of all college enrollment, the GAO says.

There's been a particularly steep rise in costs for students and their families in some states. As NPR's Claudio Sanchez has reported, college tuition rose more than 70 percent in the past five years in several states, including Washington, Georgia and Arizona.

You can follow how tuition has changed at specific schools using the Tuition Tracker, a tool developed by the Dallas Morning News and others.

The picture painted by the GAO report is one of a steady decline in college affordability. The agency didn't make specific recommendations about how to address that issue, but it noted that "federal support for higher education is primarily targeted at funding student financial aid — over $136 billion in loans, grants, and work-study in fiscal year 2013 — rather than at programs involving states."

Experts are divided over whether (and how) to change federal programs, the GAO report's authors say. One idea is to tie federal aid levels to how much states invest; another is to create incentives for students to graduate on time. But the GAO notes that both of those approaches could incur both wide and unintended consequences.

The GAO study was released last month; it was performed at the request of Sen. Tom Harkin, chairman of the Senate Committee on Health, Education, Labor, and Pensions.

In December, the GAO also released a study that was requested by the House education panel, in which it recommended the Department of Education toughen its oversight of both higher education institutions and the agencies that review their accreditation.