Accessibility links
New House Leadership Passes A Tax Cut 'Scoreboard' : The Two-Way "Dynamic scoring" would favor tax cuts as a way to bring in more revenue for the government. But critics of the system are calling it "a gimmick." 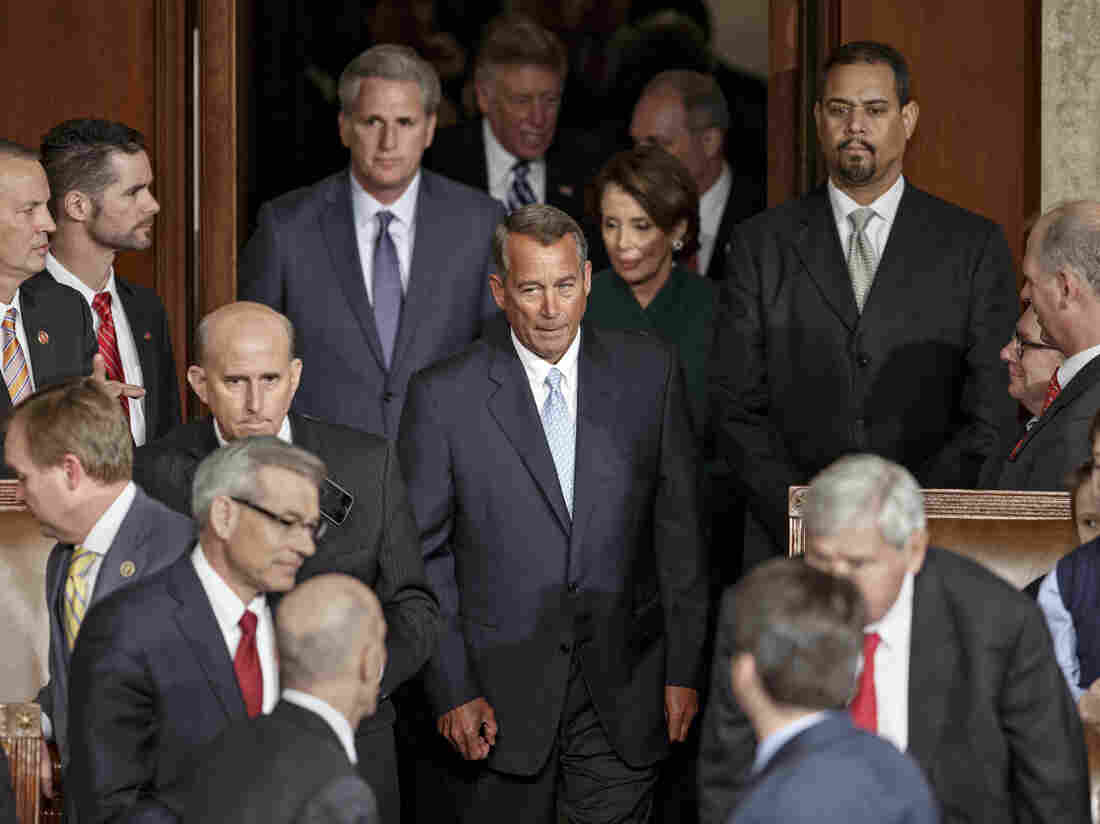 House Speaker John Boehner of Ohio arrives on the House floor in the Capitol on Tuesday, the opening session of the 114th Congress. J. Scott Applewhite/AP hide caption 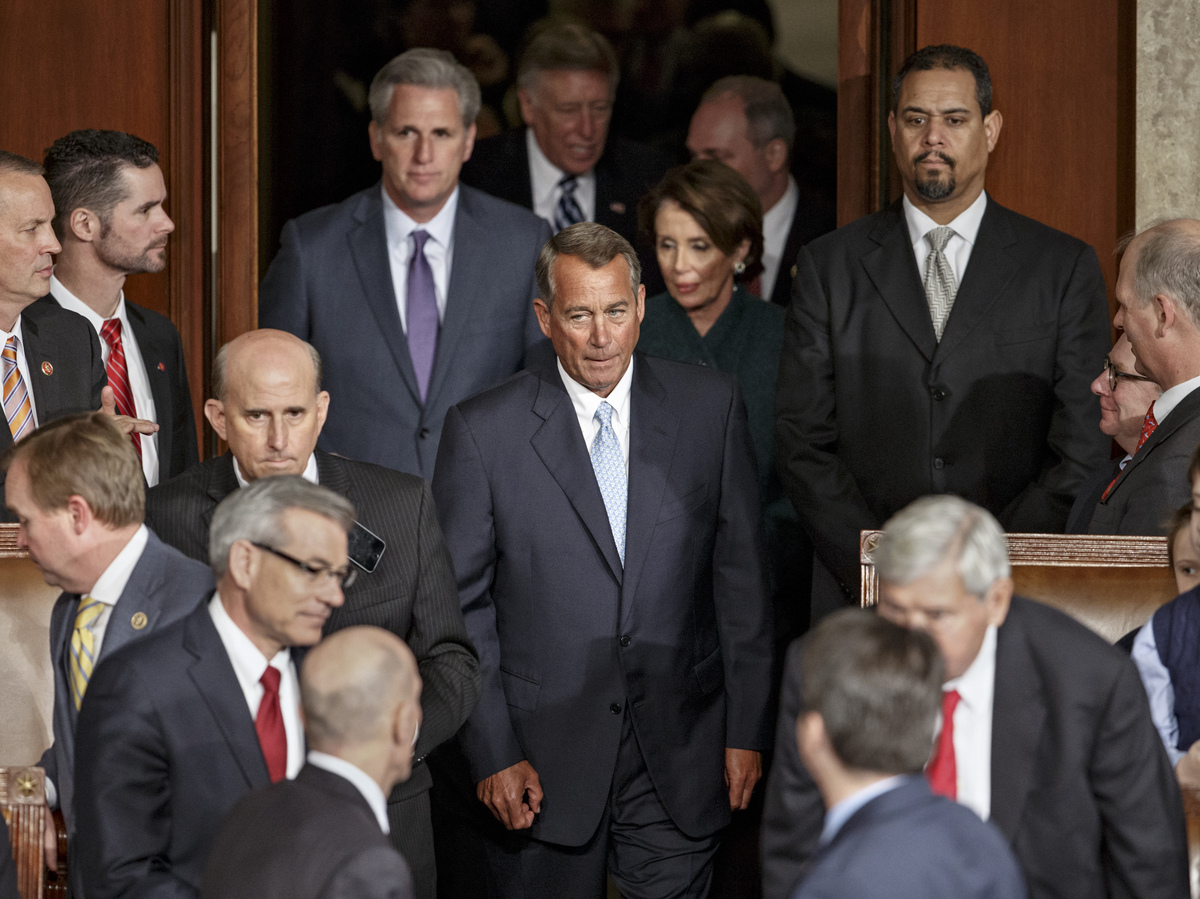 House Speaker John Boehner of Ohio arrives on the House floor in the Capitol on Tuesday, the opening session of the 114th Congress.

In a move to cement their party's fiscal ideology, Republicans used the first vote of the new Congress to change the rules for estimating the economic consequences of major legislation.

"Dynamic scoring" is an analysis that requires macroeconomic projections be used when analyzing major bills. Republicans argue, for example, that tax cuts bring in more revenue to the government, not less, because they lead to economic growth which increases tax revenues. The new rules require the nonpartisan experts at the Congressional Budget Office (CBO) and the staff of Congress's Joint Committee on Taxation (JCT) to use dynamic scoring.

The New York Times reported that under the new law, the incoming House Budget Committee chairman, Tom Price, R-Ga., will be able to send tax-related bills to the "scoreboard" to be tallied, dynamic-style.

The rule was passed along party lines, 234-172, as Democrats criticized the process as a way to hide the real costs of tax cuts favored by Republicans. Ranking Democrat of the House Ways and Means Committee Sandy Levin said Tuesday that the law was not a good way to gather more information about tax policy.

"Republicans today are extending their embrace of voodoo economics by wrapping their arms around voodoo scorekeeping.

They are changing House rules to be able to cook the books to implement their long-held, discredited notion that tax cuts pay for themselves.

I think that former Reagan and George H. W. Bush administration official Bruce Bartlett said it best: 'It is not about honest revenue-estimating; it's about using smoke and mirrors to institutionalize Republican ideology into the budget process.'

That's what this is all about."

In an earlier statement, Levin called it "trickle-down economics," a Republican-favored theory that would provide tax breaks and the like to corporations and the wealthy, projecting that the benefits would eventually reach the lower classes through hiring, spending, services and other transactions.

The scoring rule was passed Tuesday as part of a package that also included an extension of the panel on the 2012 attack on the U.S. Consulate in Benghazi. The GOP lawsuit against President Obama for his recent executive actions was also extended in the vote.