Accessibility links
Pentagon's Money-Saver: U.S. Troops To Leave 15 European Sites : The Two-Way The Department of Defense says it will pull out of bases in the U.K., Germany, Belgium, the Netherlands, Italy and Portugal. 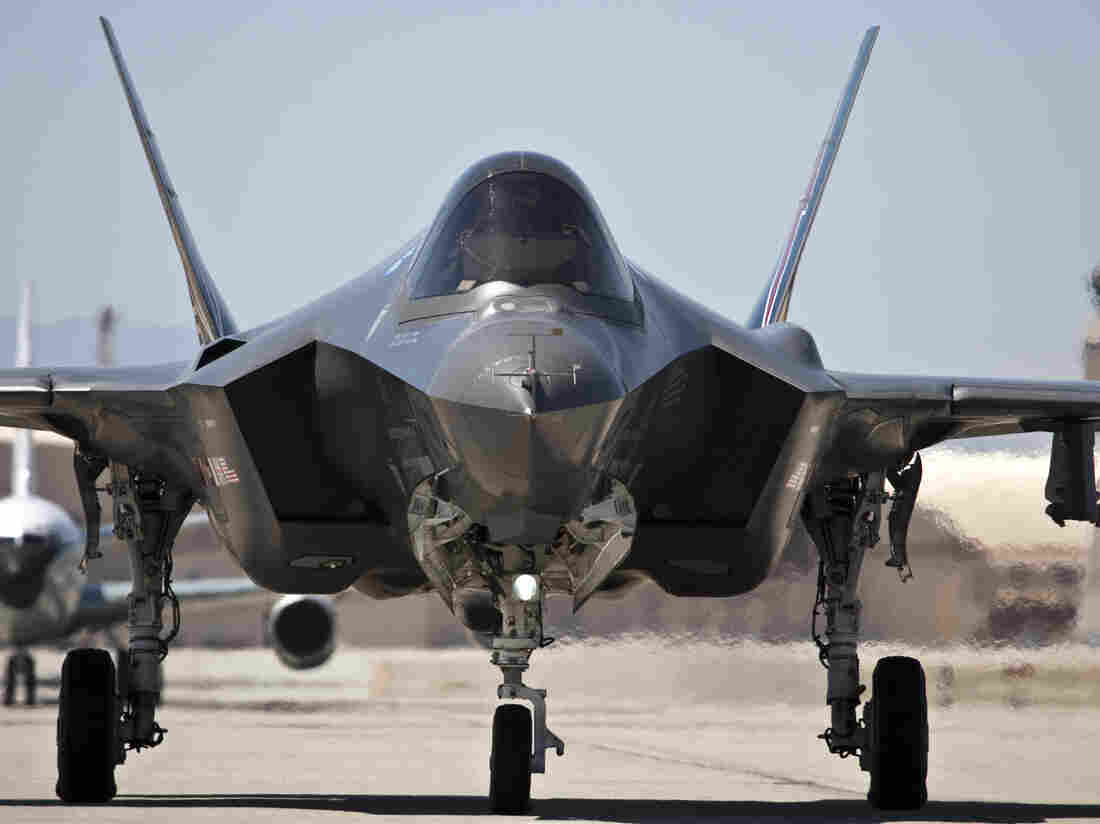 An F-35 fighter taxis at Edwards Air Force base, in 2012. The cutbacks in U.K. will be offset by new forces needed for the aircrafts' deployment to RAF Lakenhealth. Darin Russell/AP hide caption 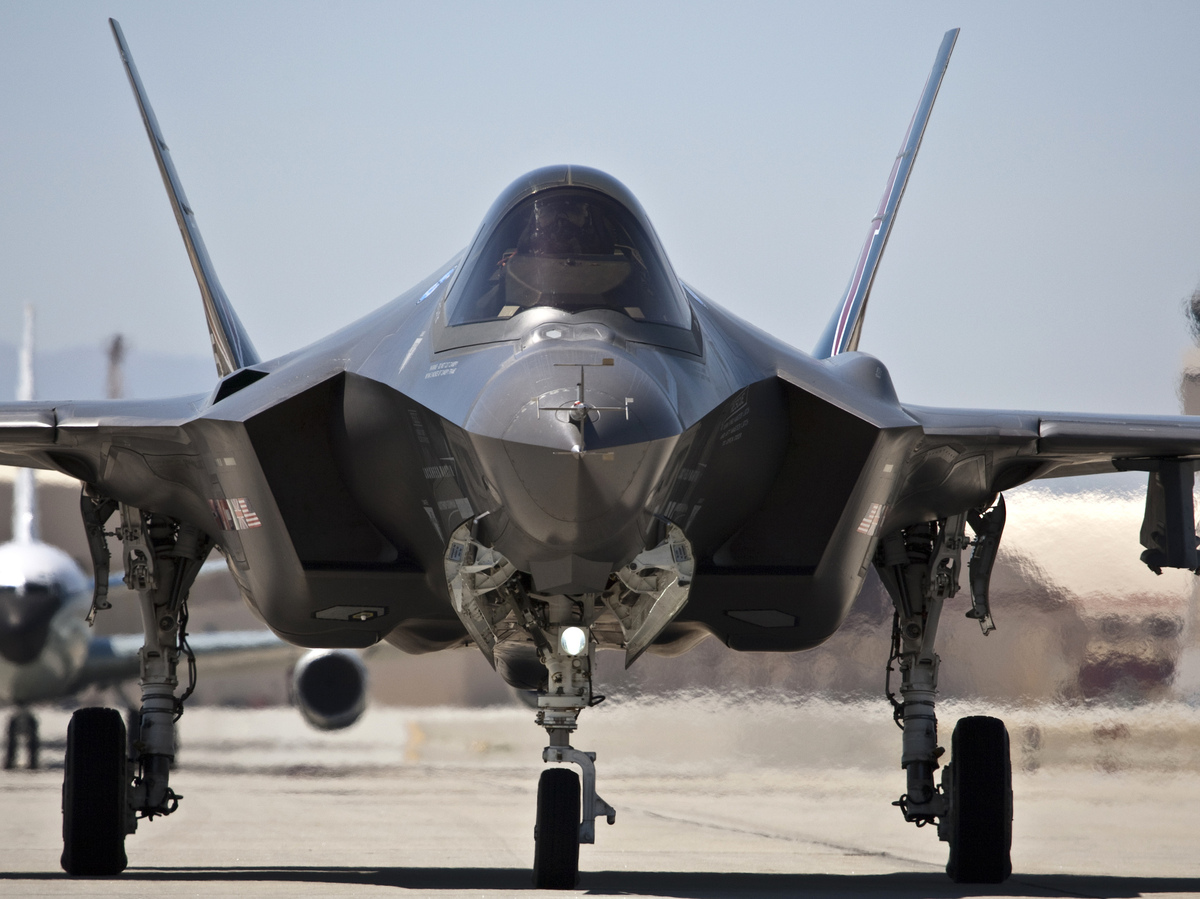 An F-35 fighter taxis at Edwards Air Force base, in 2012. The cutbacks in U.K. will be offset by new forces needed for the aircrafts' deployment to RAF Lakenhealth.

The Pentagon announced a plan on Thursday to save a half-billion dollars annually in a major scaling back of the U.S. military presence in Europe — including a withdrawal from an airbase in the U.K. and handing back 14 other sites to NATO allies.

It also said that its presence at one British airbase would be beefed up as part of a planned deployment of the F-35 fighter aircraft.

The U.S. has more than 60,000 troops stationed primarily in Britain, Germany and Italy. The changes would affect mainly the Army and Air Force.

The Associated Press notes: "The restructuring will take place over the next several years, and the first F-35 aircraft would arrive in the U.K. in 2020. They will replace F-15 fighter jets, which are leaving."

Two operational squadrons of the F-35 Lightning II joint strike fighter are eventually to be stationed at RAF Lakenheath, about 70 miles northeast of London.

Facilities in Germany, Belgium, the Netherlands, Italy and Portugal would be closed between 2018 and 2021 under the plan, according to The Hill.

A Department of Defense statement on Thursday says that the plan, known as the European Infrastructure Consolidation, will enhance readiness while reducing funding:

"The EIC calls for the return of 15 sites to their host nations in Europe. Divestiture of RAF Mildenhall represents the largest reduction in U.S. personnel among the sites, but it will also pave the way for the F-35 units at RAF Lakenheath, Pentagon officials said. DoD officials expect a net decrease of roughly 2,000 U.S. service members and civilians in the United Kingdom over the next several years.

"About 3,200 Americans will be relocated from RAF Mildenhall, and that will be offset by the addition of about 1,200 personnel who will be permanently assigned to the F-35 squadrons at Lakenheath, officials noted.

" 'Taken together, these decisions on our force presence in Europe will enhance our operational readiness and mission posture at reduced funding levels, all toward the objective of maintaining a strong transatlantic alliance and meeting our common security interests,' Derek Chollet, assistant secretary of defense for international affairs, said."

NPR's Tom Bowman says the U.S. has had a presence at RAF Mildenhall since the 1950s.

The AP quotes John Conger, the acting assistant secretary of defense for energy, installations and environment, as saying the closures themselves will cost $1.4 billion to implement.

"British Defense Secretary Michael Fallon voiced disappointment at the loss of U.S. forces from Mildenhall and two other bases, but said in a statement to Parliament that the advance notice would help mitigate the local impact.

"The Mildenhall withdrawal is not likely to begin until 2019.

"Fallon said the decision to base F-35s at RAF Lackenheath 'paves the way for continued close collaboration between our respective forces.'"