Accessibility links
Reports Of Boko Haram-Led Massacre In Captured Nigerian Town : The Two-Way Baga, in the country's northeastern Borno state, was seized a week ago. Amnesty International says that as many as 2,000 people may have been killed by the Islamist extremists in recent days. 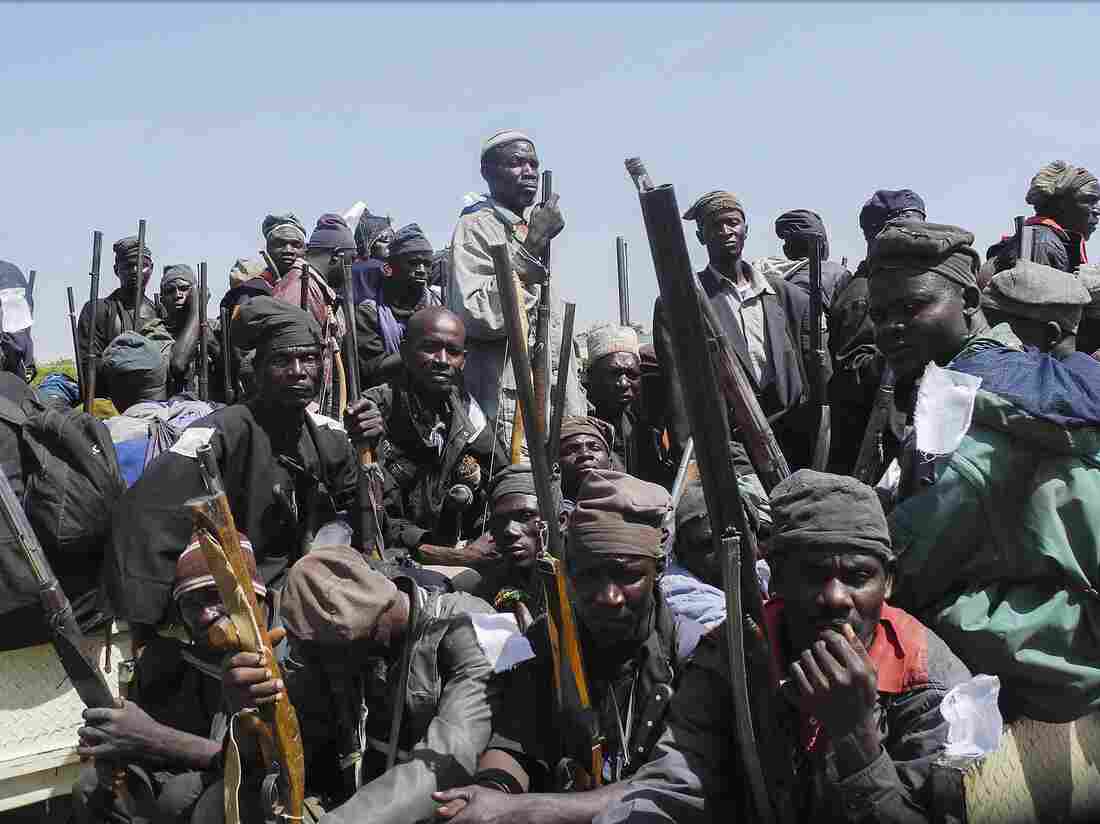 A group of Nigerian traditional hunters and vigilantes gather on vehicles on their way to engage Boko Haram militants in Mubi from Yola, Adamawa State, in November. The hunters have being assisting the Nigerian military in their fight against the Islamic insurgents. STR/EPA/Landov hide caption 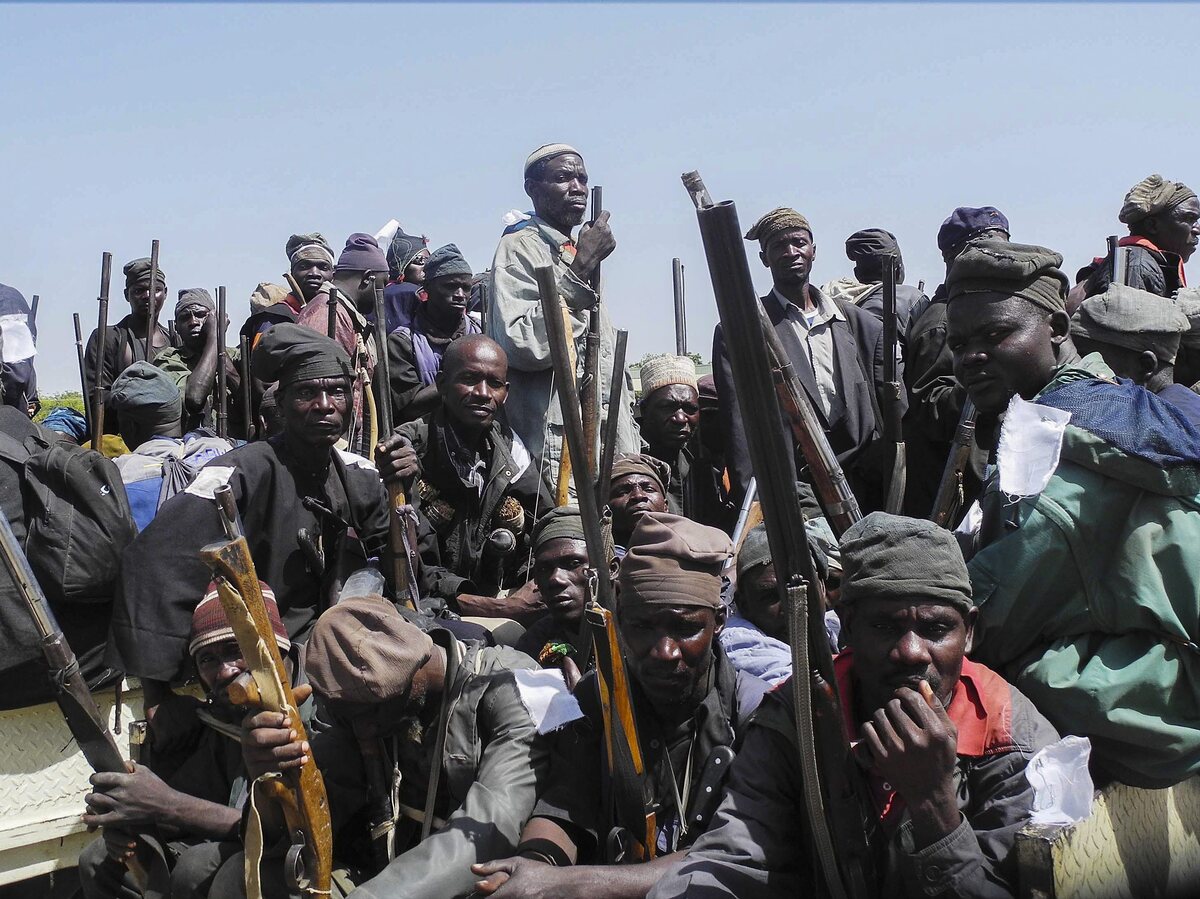 A group of Nigerian traditional hunters and vigilantes gather on vehicles on their way to engage Boko Haram militants in Mubi from Yola, Adamawa State, in November. The hunters have being assisting the Nigerian military in their fight against the Islamic insurgents.

Boko Haram extremists, who seized a northern garrison town in Nigeria less than a week ago, have reportedly carried out a massacre of its inhabitants, with Amnesty International saying as many as 2,000 have been killed.

"The attack on Baga and surrounding towns, looks as if it could be Boko Haram's deadliest act in a catalogue of increasingly heinous attacks carried out by the group," says Daniel Eyre, a Nigeria researcher for Amnesty International. "If reports that the town was largely razed to the ground and that hundreds or even as many as two thousand civilians were killed are true, this marks a disturbing and bloody escalation of Boko Haram's ongoing onslaught against the civilian population."

However the BBC cautions that while there are fears of of thousands dead, "other reports have put the number in the hundreds."

Reuters quotes a Nigerian military spokesman as saying that government forces, backed by airstrikes, were battling to retake the town.

Journalists are unable to report freely from the area and most reports come from telephone contact with local officials and debriefing refugees from the area.

As we reported on Sunday, Boko Haram captured the town of Baga — the only major holdout to the group's control of the northern state of Borno. Baga had been the headquarters of a multinational force, including troops from Niger, Nigeria, Chad and Cameroon that were charged with securing the area from the Islamist militants.

The Wall Street Journal reports: "Boko Haram fighters swept through the surrounding villages outside Baga, killing residents of communities who they consider to be opponents, as well as men who tried to escape, according to Mr. Masta and other survivors, as well as officials and local vigilantes. On Wednesday, Boko Haram burned down the entire town."

Since last weekend's attack, Niger has now said that it will not help the multinational force retake the town, the BBC says.

The violence has seen a bloody uptick in the run-up to next month's presidential elections in Nigeria.

The Associated Press quotes local officials as saying that about 140 children who have fled Baga and arrived in Yola, in neighboring Adamawa state, have no idea whether their parents are alive or dead. Seven others have been reunited with parents, the AP says.

By way of background, The Washington Post says: "In August, Boko Haram leader Abubakar Shekau announced the establishment of his 'Islamic Caliphate,' quickly taking over every corner of Borno State in northeast Nigeria. But one town called Baga, populated by thousands of Nigerians along the western shores of Lake Chad, held out. Anchored by a multinational military base manned by troops from Niger to Chad, it was the last place in Borno under the national government's control. Over the weekend, that changed."

Boko Haram has claimed responsibility for the mass kidnapping of schoolgirls from the town of Chibok in Borno last April. The plight of the girls, many of whom have not been seen since, led to a movement around the Twitter hashtag #BringBackOurGirls.