Accessibility links
Vatican Committee Reportedly Declares Slain Archbishop A Martyr : The Two-Way Oscar Romero was gunned down in 1980 after he denounced a crackdown by El Salvador's junta on its left-wing opponents at the start of a 13-year civil war. 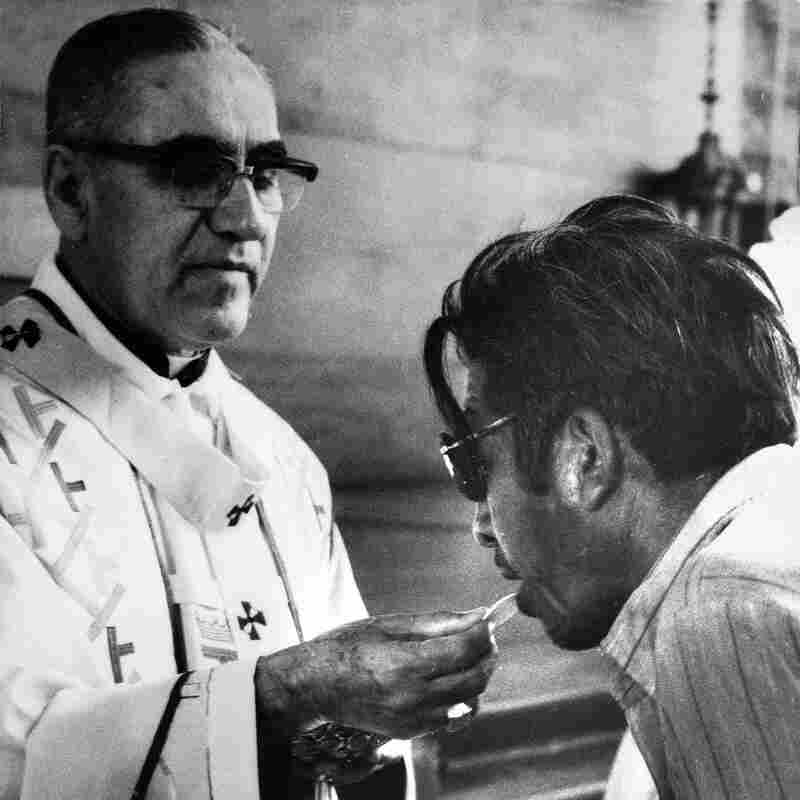 Archbishop Oscar Romero offers the host wafer during Mass in San Salvador in January 1980, four months before he was assassinated. COTERA/AP hide caption 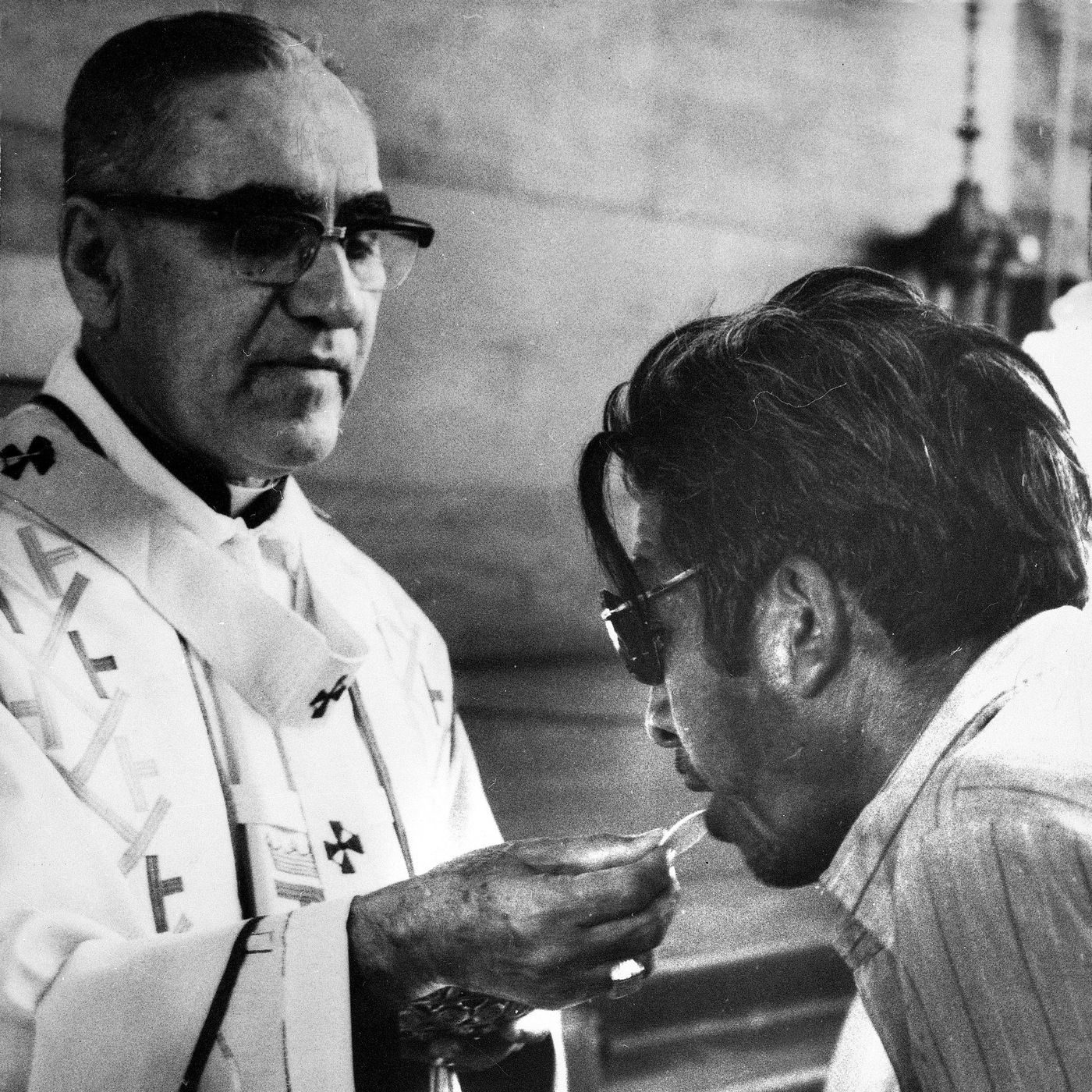 Archbishop Oscar Romero offers the host wafer during Mass in San Salvador in January 1980, four months before he was assassinated.

An Italian newspaper reports that the Vatican's commission on sainthood has recognized the 1980 assassination of Salvadoran Archbishop Oscar Romero as martyrdom, paving the way for his eventual sainthood.

Romero was archbishop of San Salvador at the start of El Salvador's 1979-1992 civil war. He was gunned down while celebrating Mass in March 1980 after denouncing a crackdown on leftist opponents of the country's military government.

National Catholic Reporter quotes the Italian daily Avvenire as saying a ruling that Romero's murder constitutes martyrdom was made unanimously on Thursday by the Vatican's Congregation for the Causes of the Saints.

The Vatican's press office declined to immediately confirm the declaration.

"[The] archbishop has long been considered a saint by many in Latin America, but the official Vatican process of sainthood had lingered for years.

"Some had speculated that there was unease among church prelates — including Popes John Paul II and Benedict XVI — because of Romero's embrace of liberation theology, a type of Christian theology that posits that Christ did not just seek liberation from sin but every type of oppression."

Even so, the news agency notes that in 2007, Benedict told journalists that "the problem" with beatification for Romero stems from the fact that supporters of Marxists "wished to use him as their badge" after his death.

Speaking in August of last year, Pope Francis said Romero's case had been blocked by the Vatican's Congregation for the Doctrine of the Faith for "prudent reasons" but that it had subsequently been "unblocked" and should move quickly.

"[For] me Romero is a man of God, but the process has to be followed, and the Lord too has to give his sign. ... If he wants to do it, he will do it," the Pope was quoted as saying.

"While recognition of beatification normally requires that a miracle be proven to have been caused by the deceased person, martyrs of the faith do not have to meet that requirement.

"The finding of Romero's martyrdom by the Vatican congregation's commission of theologians will now have to be approved by the bishops and cardinals who serve as the congregation's members before coming to Francis for final approval."