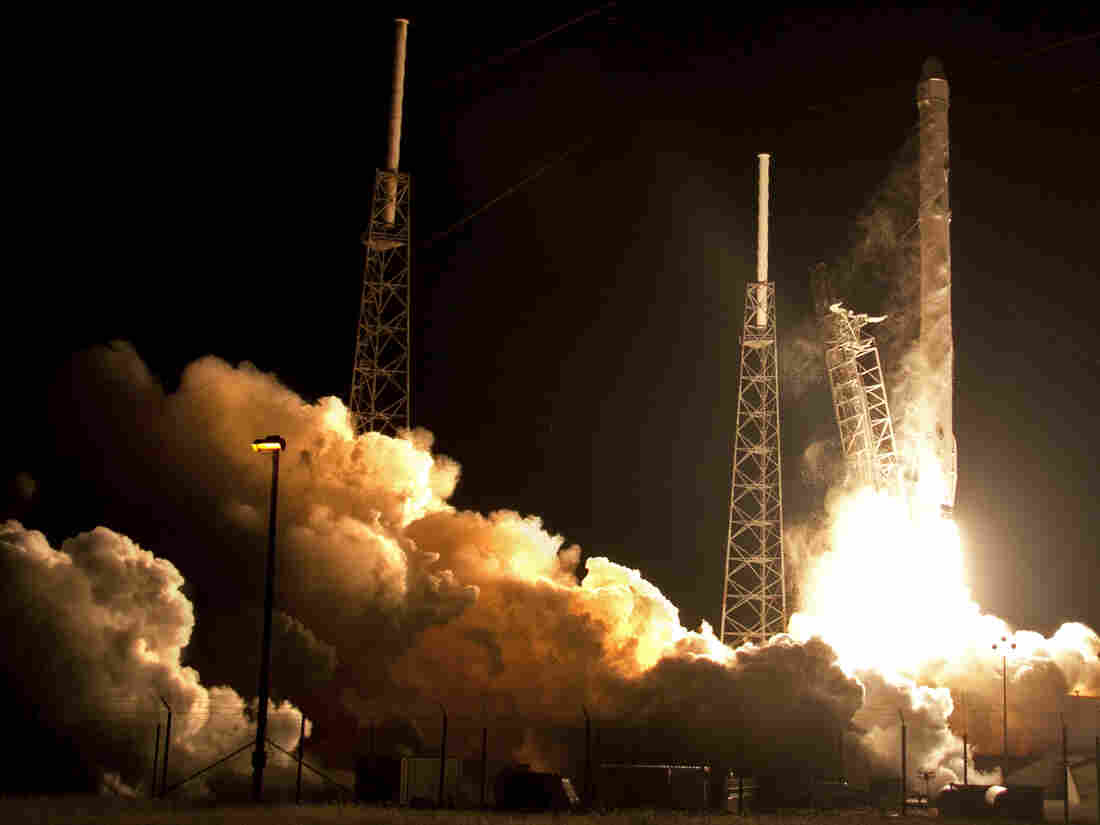 SpaceX has successfully launched another resupply mission to the International Space Station months after a competitor in the private space-launch business suffered a catastrophic lift-off that resulted in the unmanned rocket's destruction.

The Falcon 9 lifted off from a pad at Florida's Cape Canaveral Air Force Station at 4:47 a.m. ET carrying about 5,000 pounds of food and gear to the ISS.

But a secondary goal of the flight — a first-ever attempt to land a spent first-stage booster on a seaborne barge for recovery and reuse — fell just short of A-OK, according to SpaceX CEO Elon Musk. The booster stage came down too hard and broke apart, he says.

Rocket made it to drone spaceport ship, but landed hard. Close, but no cigar this time. Bodes well for the future tho.

"Close, but no cigar this time," tweeted Musk, who has said that the ability to recover and reuse rocket parts is essentially to bringing down the cost of launches. 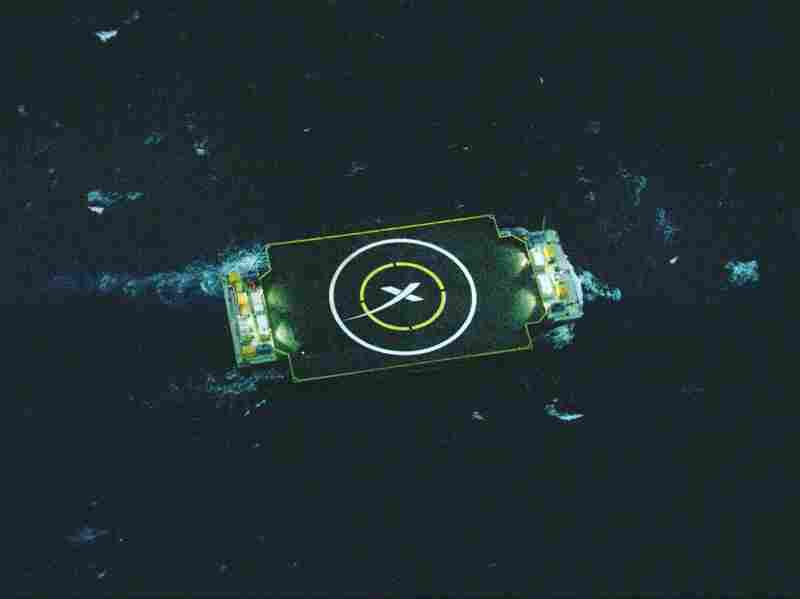 An image provided by SpaceX showing the barge that was used in an unsuccessful attempt to recover the Falcon 9 first stage. AP hide caption 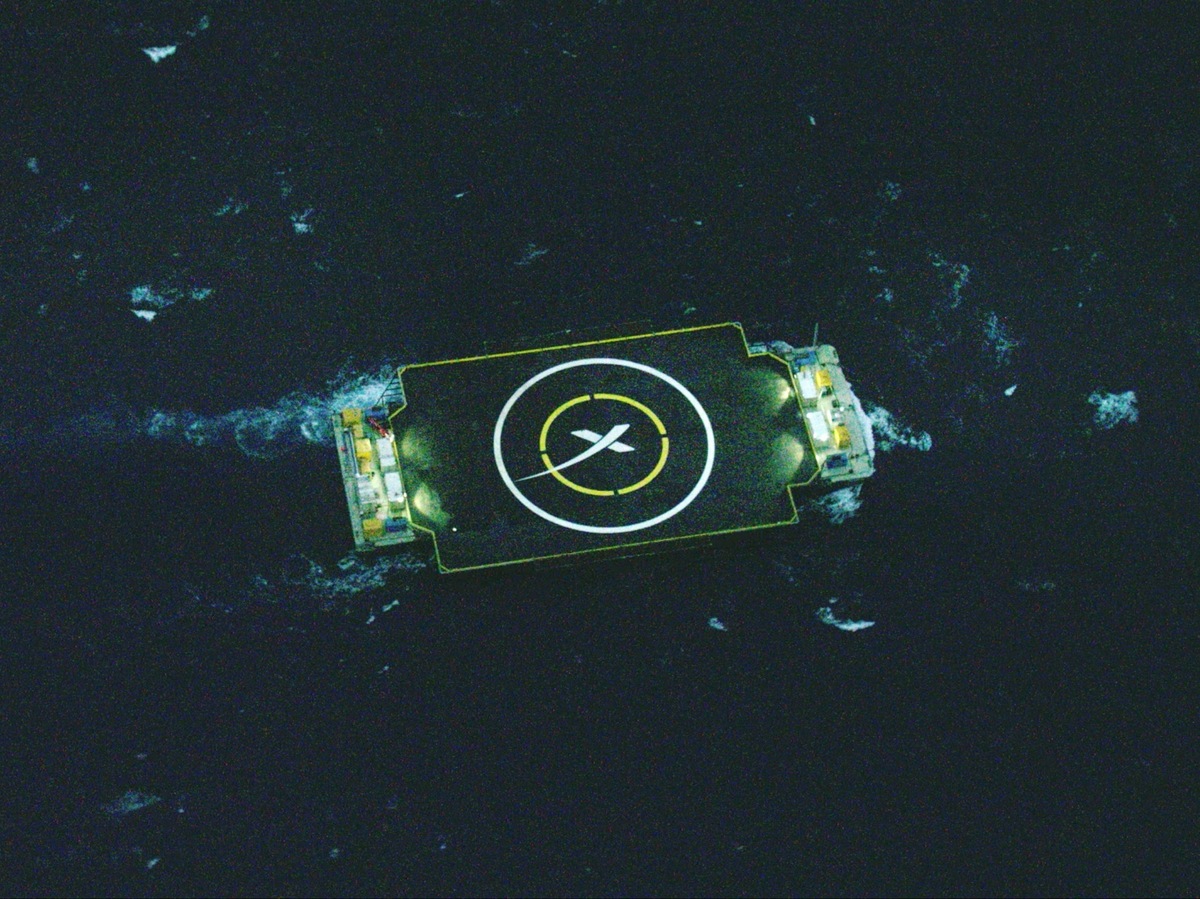 An image provided by SpaceX showing the barge that was used in an unsuccessful attempt to recover the Falcon 9 first stage.

"Without interfering with the delivery, Musk had fins for guidance and landing legs installed on the first stage of the rocket, and positioned a modified barge off the coast of Jacksonville. A ship with SpaceX staff watched from a safe 10 miles away as the booster approached the platform, marked with a giant X.

"Musk reported that the platform itself - 300 feet by 100 feet, with wings stretching the width to 170 feet - was fine following the attempted touchdown. But he said some of the equipment on deck will need to be replaced. There ended up being no good video of the 'landing/impact,' he said in a tweet, noting it was 'pitch dark and foggy' out in the ocean."

But, as Gizmodo points out:

"Landing a rocket vertically on a moving ship isn't exactly easy — SpaceX has likened it to 'trying to balance a rubber broomstick on your hand in the middle of a wind storm.'

"The actual landing is comprised of a few different parts: First, a boostback burn gets the craft headed in the right direction; a second 'supersonic retro propulsion' slows the rocket to 250 meters per second; and a final landing burn brings it to about 2 meters per second."