Accessibility links
AirAsia Tail Recovered, But No Sign Of 'Black Box' Recorders : The Two-Way The large, red piece of debris emblazoned with the word "Asia" was lifted from the bottom of the Java Sea using inflatable balloons.

AirAsia Tail Recovered, But No Sign Of 'Black Box' Recorders

AirAsia Tail Recovered, But No Sign Of 'Black Box' Recorders 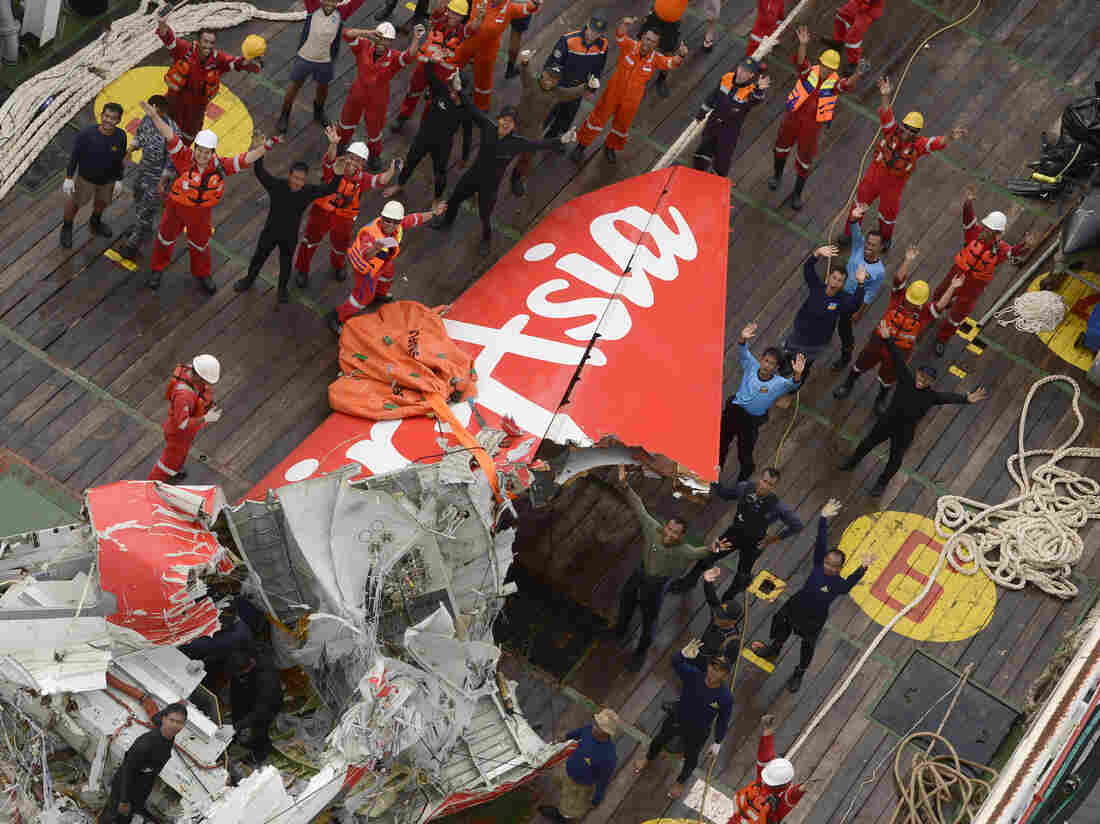 A large section of the AirAsia Flight 8501 tail was recovered from the sea floor and placed on the deck of a rescue ship in the Java Sea on Saturday. Prasetyo Utomo, Pool/AP hide caption 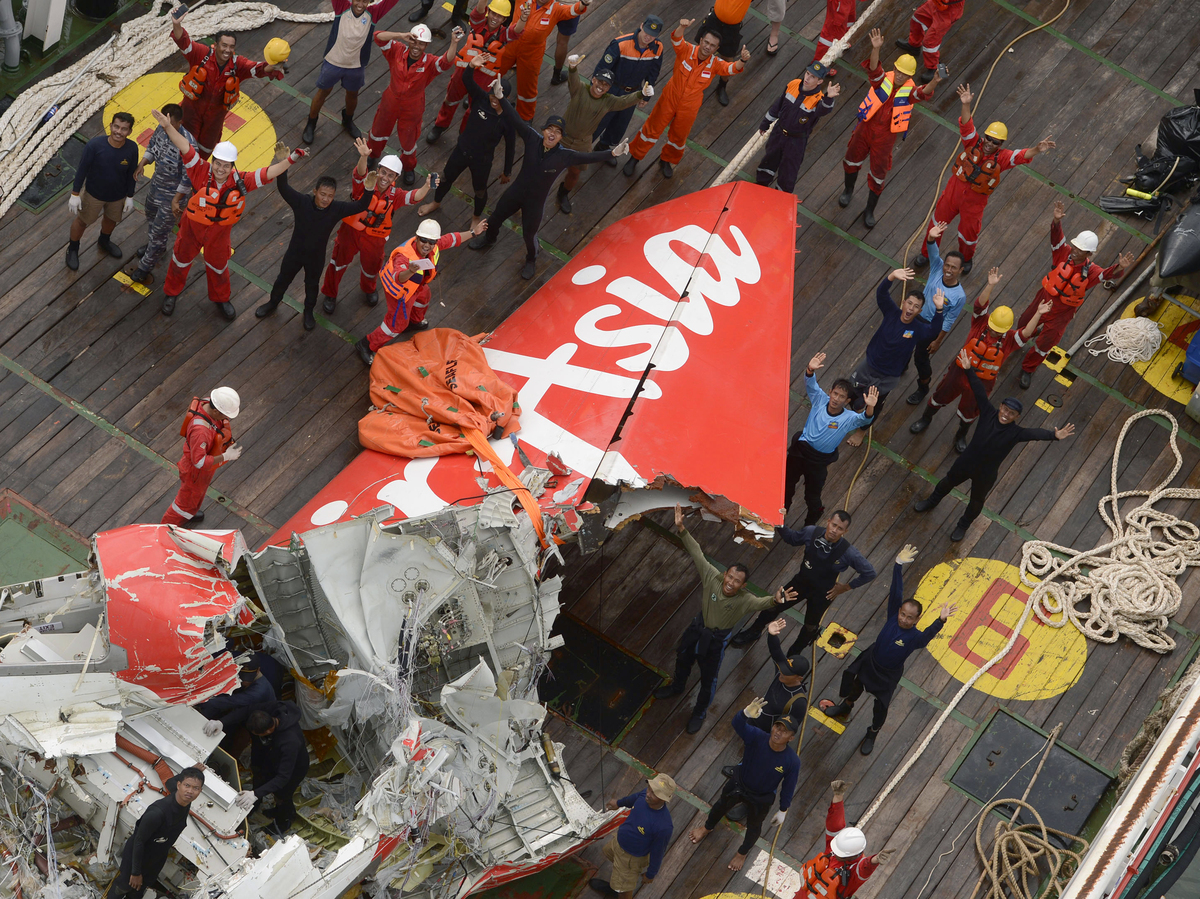 A large section of the AirAsia Flight 8501 tail was recovered from the sea floor and placed on the deck of a rescue ship in the Java Sea on Saturday.

The mangled tail section of an AirAsia A320 that went down in the Java Sea last month has been lifted to the surface, but the "black boxes" searchers hoped to find in the debris were not immediately located.

The flight-data recorders that might tell investigators what caused Flight QZ8501 to crash, killing all 162 aboard, appear to have separated from the tail section recovered today, officials say.

Michael Sullivan, reporting for NPR from Thailand, says search teams took advantage of a break in the weather to bring the tail of the plane to the surface.

The Associated Press writes: "The red metal chunk, with the word "Asia" written across it, was brought to the surface using inflatable balloons. ... The debris was hoisted from a depth of about 100 feet, and local TV footage showed it resting on a ship."

In a statement issued today, the Asia-based low-cost carrier said that the tail piece "has been transported to Pangkalan Bun and will be handed over to Indonesia's National Transportation Safety Committee (KNKT) for further investigation.

"The sonar [equipment] continued to detect more objects which are suspected to be the plane's front section and detected pings suspected to be from the plane's black box flight recorders near the location where the tail was found," the statement, posted on Facebook, reads. "Sea divers, vessels and helicopters were deployed to observe the focused searched area.

Reuters reports that so far, 48 bodies have been recovered from the sea.