Accessibility links
Rallies In France Prelude To Paris March Planned For Sunday : The Two-Way Today's gatherings across France are a prelude to a unity march planned for Sunday in Paris that is expected to bring two dozen world leaders and thousands of participants.

Rallies In France Prelude To Paris March Planned For Sunday

Rallies In France Prelude To Paris March Planned For Sunday 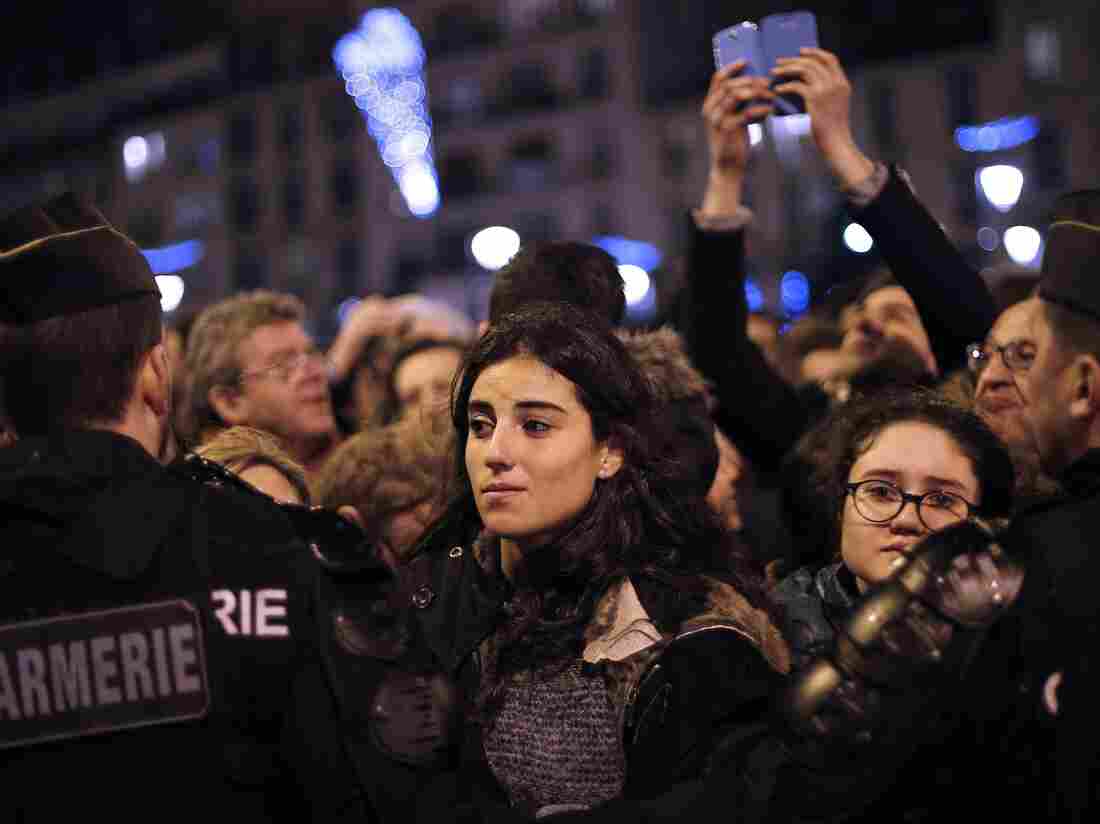 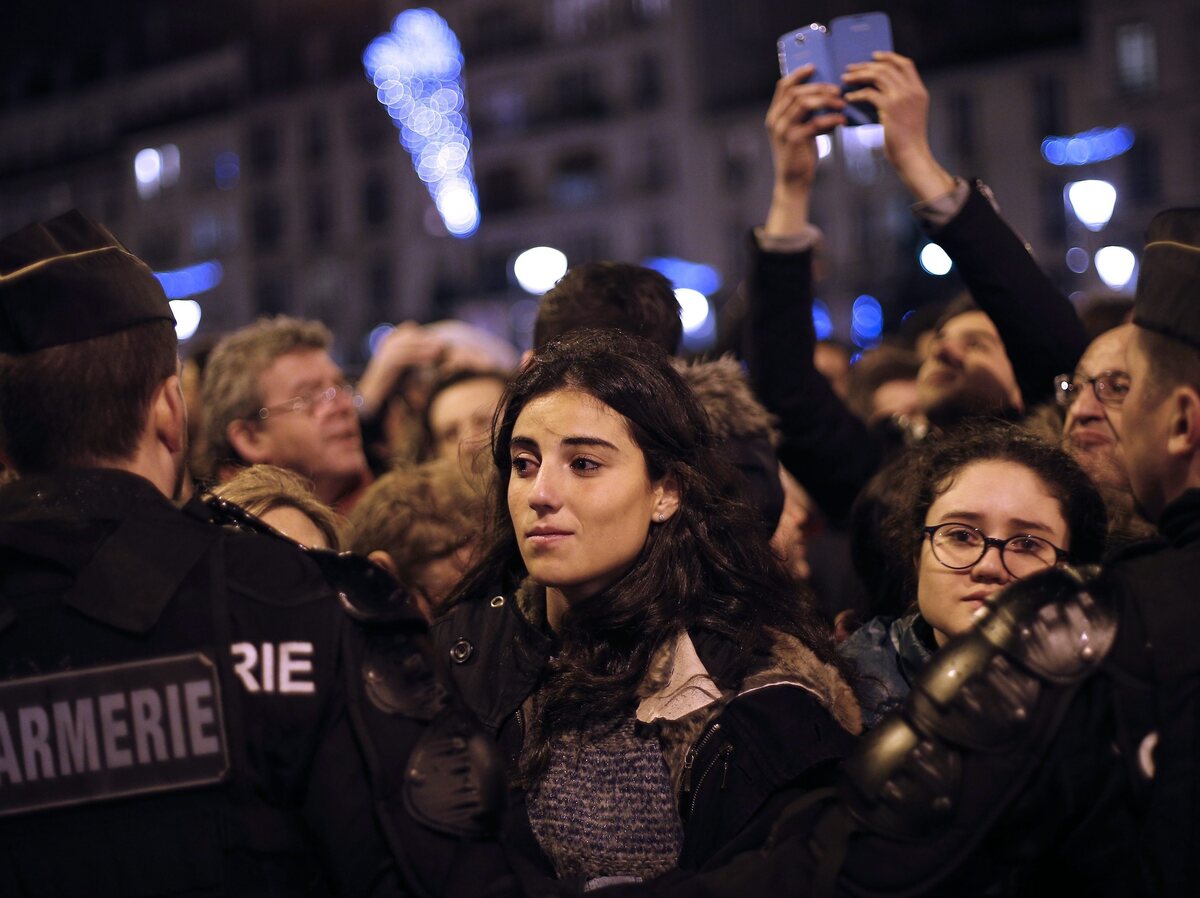 People paying tribute to victims in front of HyperCacher supermarket at Porte de Vincennes, a day after a gunman took hostages and opened fire.

Hundreds of thousands of people participated in vigils and rallies around France today to voice support for the 17 victims of days of violence this week that began with a deadly attack on the offices of the French satirical magazine Charlie Hebdo.

Agence France-Presse reports: "From Nice and Marseilles in the south to Besancon in the east and Lille in the north, people poured onto the streets to express their solidarity following Wednesday's attack on the satirical weekly Charlie Hebdo that left 12 dead. The massacre was followed by the fatal shooting of a police officer on Thursday and the murder of four hostages during a siege at a Jewish supermarket on Friday."

As The Associated Press notes: "Today's marches are a prelude to a huge unity march planned for (Sunday) in Paris. Two dozen world leaders, including German Chancellor Angela Merkel and British Prime Minister David Cameron, are expected to take part."

French Prime Minister Manuel Valls said Friday that the nation was at war with radical Islam.

"It is a war against terrorism, against jihadism, against radical Islam, against everything that is aimed at breaking fraternity, freedom, solidarity," he said during a speech in Évry, south of Paris.

Interior Minister Bernard Cazeneuve said security for the rally would be stepped up and that the mass gathering would be "exceptional for various reasons, first and foremost because of the symbolic value of this gathering because it will be paying respect to the 17 people who have died since last Wednesday.

"At the end of an extraordinarily violent sequence French people will also pay respect to the journalists and the team at Charlie Hebdo, the police forces who died in their duty, of the hostages executed by their kidnappers and for those who displayed anti-Semitic hatred."