Accessibility links
George Zimmerman Again Arrested On Assault Charges : The Two-Way It's the latest in a string of encounters with law enforcement since the former neighborhood watch volunteer was acquitted in the 2012 shooting death of unarmed black teen Trayvon Martin. 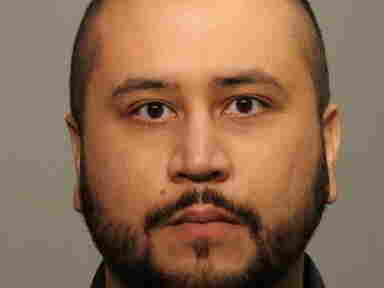 A booking photo provided by the Seminole County Public Affairs shows George Zimmerman on Saturday, Jan. 10, 2015. In the latest in a string of run-ins with the law in the past two years, Zimmerman has been charged with aggravated assault. AP hide caption

George Zimmerman, the neighborhood watch volunteer acquitted in the 2013 shooting death of Trayvon Martin, was arrested in Florida late Friday and has been charged with aggravated assault with a weapon.

Zimmerman, 31, was accused of throwing a wine bottle at a woman at his home, according to Lake Mary, Fla., police. A Seminole County judge set a $5,000 bond.

The incident is the latest in a series of run-ins with the law that have plagued Zimmerman since his acquittal in the 2012 death of Martin, an unarmed black teen.

In September, Zimmerman was questioned by police after a confrontation with his wife, Shellie Zimmerman, after she called 911 and told the dispatcher that she was "really, really afraid" and not sure what Zimmerman was capable of doing. Ms. Zimmerman had received probation the previous month on perjury charges for lying about the couple's finances during her husband's bonding hearing in the Martin case.

The couple later split and she has since filed for divorce.

Two months later, Zimmerman was charged with aggravated assault against his then girlfriend. She later asked that the charges be dropped.

In September of last year, Zimmerman reportedly threatened a driver in a road rage incident, but the other driver declined to press charges.