Accessibility links
Divers Retrieve Flight Data Recorder From AirAsia Flight : The Two-Way Divers went down Monday to the bottom of the Java Sea and retrieved part of the so-called "black box" from the wreckage of the Airbus A320. 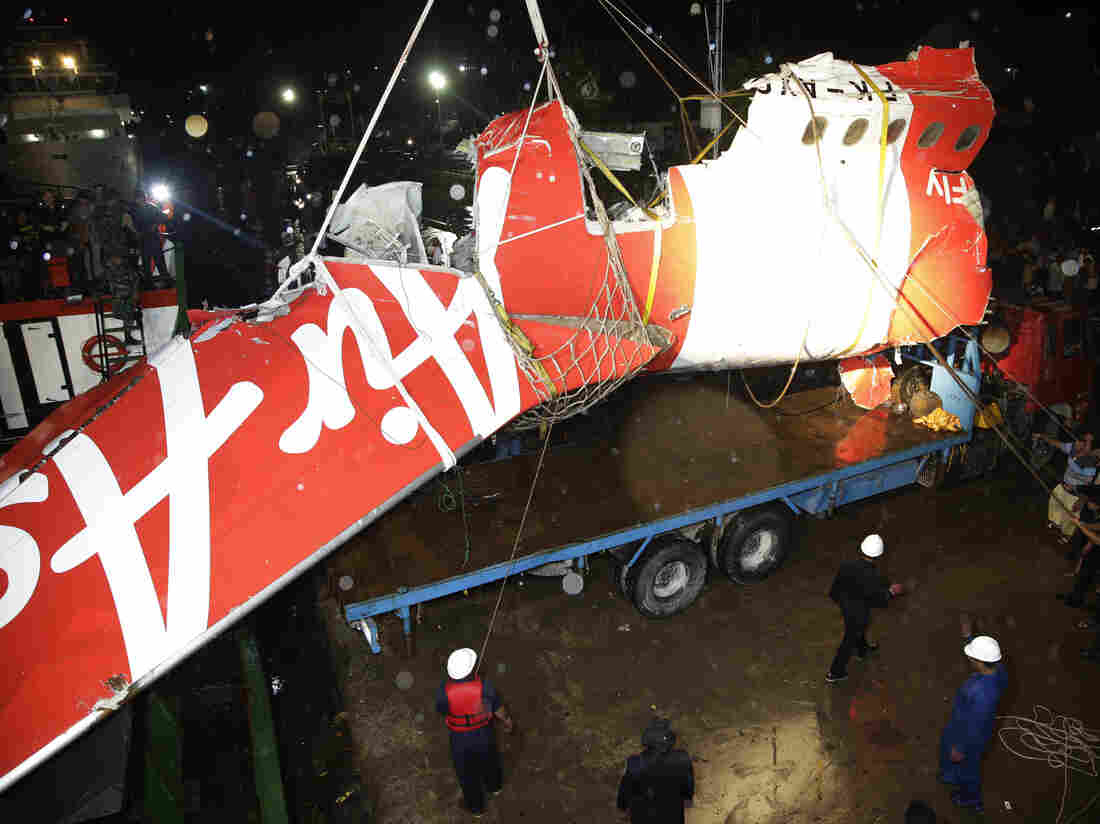 Crew members of Crest Onyx ship and Members of National Search And Rescue Agency unload the wreckage of part of the ill-fated AirAsia Flight 8501 on Sunday. Achmad Ibrahim/AP hide caption 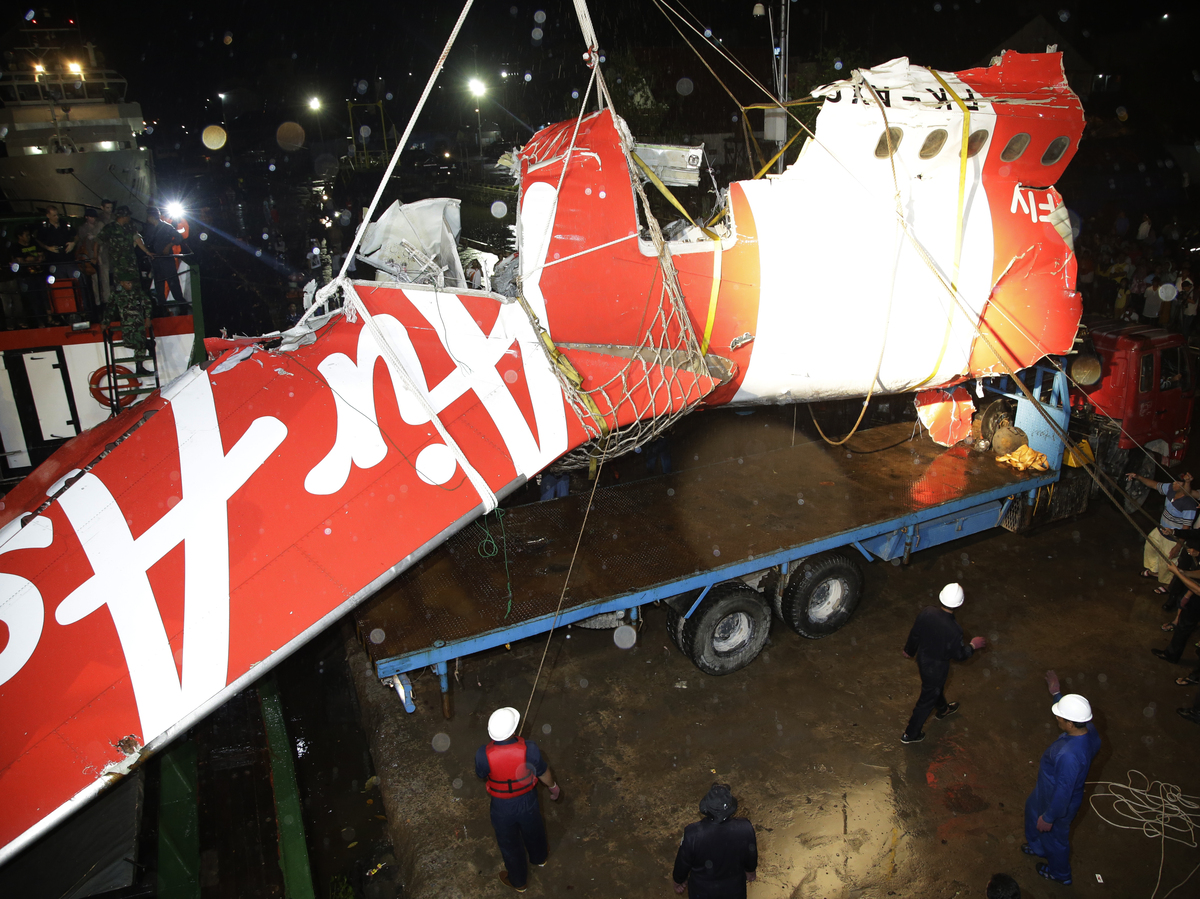 Crew members of Crest Onyx ship and Members of National Search And Rescue Agency unload the wreckage of part of the ill-fated AirAsia Flight 8501 on Sunday.

An official from the Indonesian search team recovering debris from the AirAsia flight that went down last month in the Java Sea says a "black box" data recorder from the Airbus A320 has been located and that divers will try on Monday to bring it to the surface.

"The navy divers in Jadayat state boat have succeeded in finding a very important instrument, the black box of AirAsia QZ8501," Tonny Budionom, the coordinator at Indonesia's Directorate of Sea Transport, said in a statement. He said divers would be deployed to retrieve the orange-colored recording unit.

The Associated Press says "searchers on Sunday honed in on intense pings detected amid a growing belief that the devices will soon be recovered."

"In addition, sonar on Sunday detected a large object in the same vicinity as the pings. Officials initially were hopeful it was the main section of the Airbus A320's cabin, but [Coordinating Minister for Maritime Affairs Indroyono ] Soelistyo said divers confirmed it was instead a wing and debris from the engine."