Accessibility links
3 Kings Holiday Cake Laced With Synthetic Drugs Makes Dozens Hallucinate : The Two-Way What seemed like a case of food poisoning has now turned into a police investigation. Synthetic drugs present an evolving problem for the Drug Enforcement Administration. 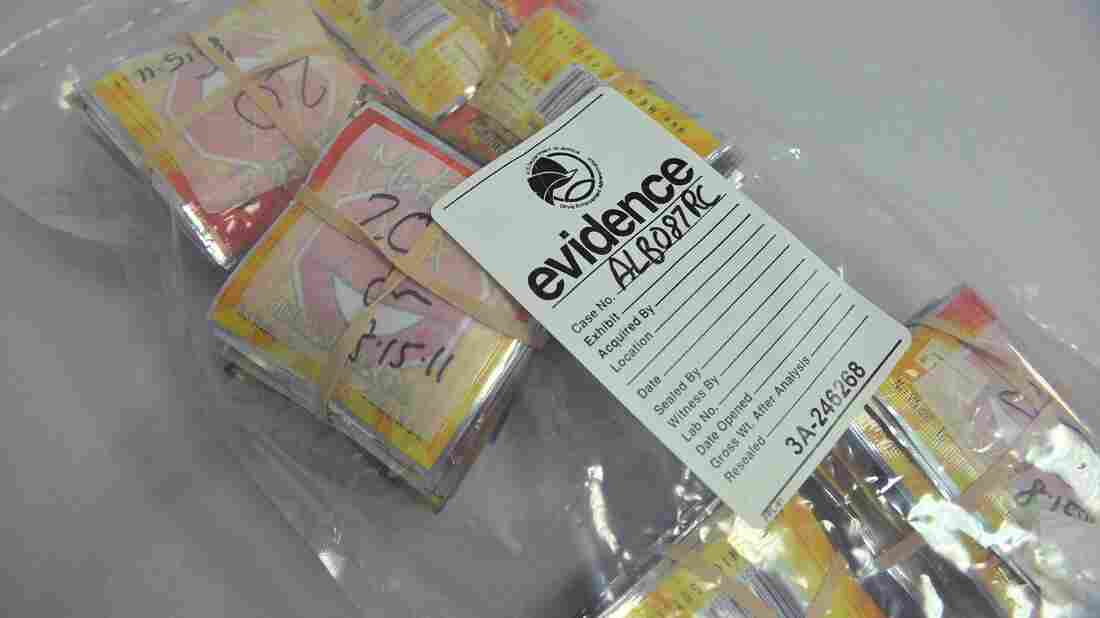 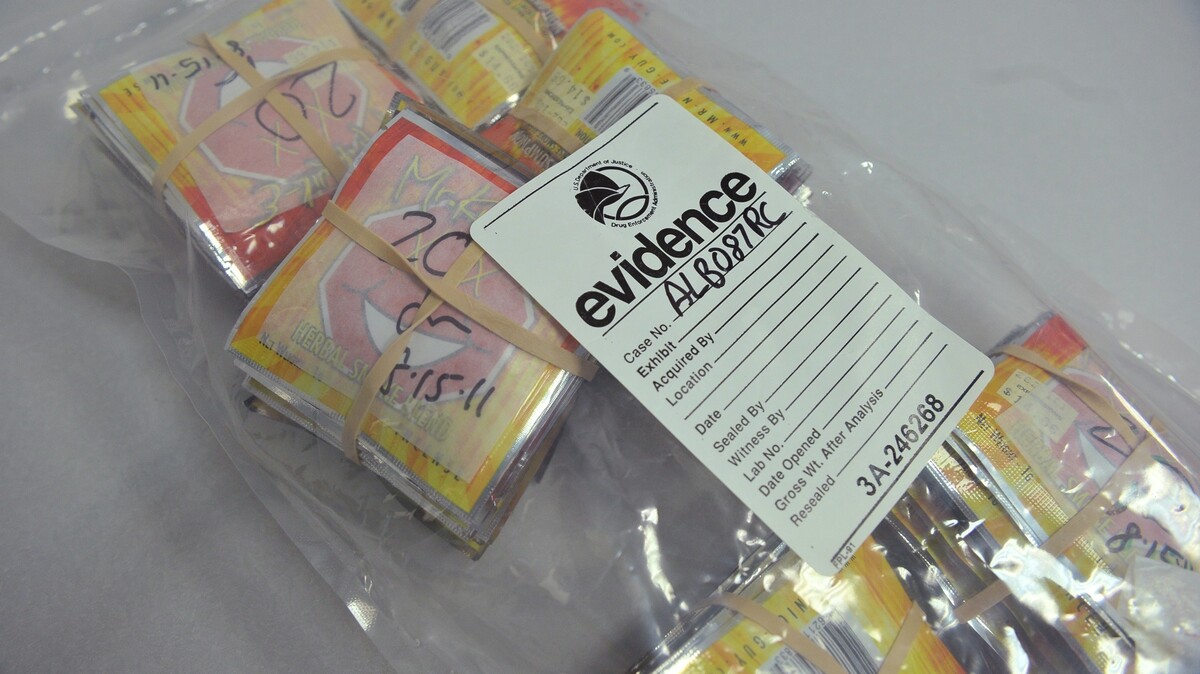 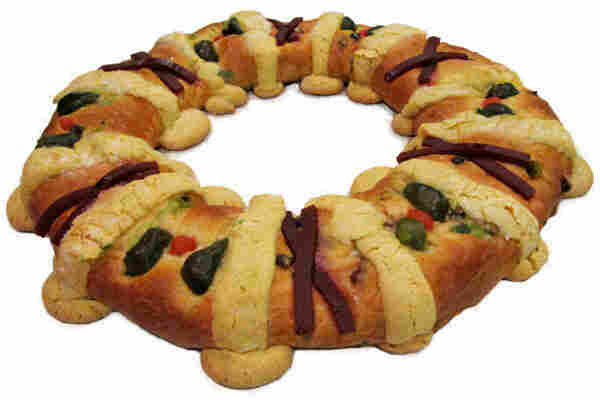 A Rosca de Reyes is a traditional holiday bread. Courtesy of the artist. hide caption

Last week Southern California Public Radio reported that dozens of people became ill from a Rosca de Reyes, a Three Kings Day bread that is traditional in various Hispanic communities. The sick patrons of Cholula's Bakery in Santa Ana, Calif., and its retail outlets complained of heart palpitations and hallucinations.

According the Los Angeles Times and other news reports, as many as 40 people may have been affected.

Preliminary lab results indicate the presence of a synthetic drug in the bread, the Times reports. A criminal investigation will be launched by the Santa Ana Police Department, and further lab results are expected in the next two weeks.

Around the same time as the incident, Sens. Dianne Feinstein, D-Calif., and Rob Portman, R-Ohio, introduced legislation that takes aim at producers and importers of synthetic drugs. The bill is called the Protecting Our Kids from Dangerous Synthetic Drugs Act.

Synthetic drugs mimic controlled substances like cocaine and marijuana. There are hundreds of variants. According to the Office of National Drug Control Policy, among the more commonly used are "spice" (synthetic marijuana), "K2" and "bath salts." The government also lists MDMA (often called "molly") as "a synthetic, psychoactive drug that has similarities to both the stimulant amphetamine and the hallucinogen mescaline."

The American Association of Poison Control Centers says there were 3,677 reported cases of exposure to synthetic drugs in 2014. Still, 2011 was a peak year, with almost 7,000 cases reported.

But David Kroll, who covers drugs and science for Forbes magazine, says synthetic drug use continues to be a problem: "From a consumer standpoint it seems that the law enforcement authorities have been successful in reducing the sales of these so-called legal highs in convenience stores and the Internet. But there still is enough of a clandestine market."

Just last year, there were several high-profile DEA raids on synthetic drug sellers. NPR's Bill Chappell reported that "DEA investigators say hundreds of millions of dollars in drug profits are being routed to countries such as Yemen, Syria, Lebanon and Jordan." In December, CBS reported on Operation Synthetic Web, an eight-month effort that ended in December with a massive drug bust in Miami. Agents said they seized approximately $360,000 worth of synthetic drugs.

Kroll says that while media attention has veered away from synthetic drug use, he's seeing increasing attention paid to the issue in the medical community: "There have been increasing reports in the medical literature about the side effects, the adverse reactions to these chemicals, both in the brain as well as in the lungs; a lot of these chemicals or their side products can actually damage lung tissue."

The online forum Spice Addiction Support paints a pretty grim picture of what prolonged use of synthetic marijuana looks like, with an especially dismal withdrawal process for those who try to quit. One user by the name of Tyler12345 writes, "It's horrible. I didn't like it at first I tripped so bad I was scared. But I'm a young teen stupid an dumb... I got used to it. Then started puking sweating getting withdrawals. Smoke like 4 5 grams a day. Today I am quitting. I promised my mom and grandma an friends I won't do it anymore. Please don't try k2 k3 or whatever. It's like heroin! It takes your life away slowly."

Synthetic drugs are also associated with very young users. According to the 2012 Monitoring the Future survey of youth drug use trends, 1 in 9 12th-graders in America reported using synthetic cannabinoids in the past year. Kroll explains why, using Colorado as an example. He says, "[Legal] recreational marijuana is very expensive when compared to street marijuana or these synthetic products you can buy from friends and online."