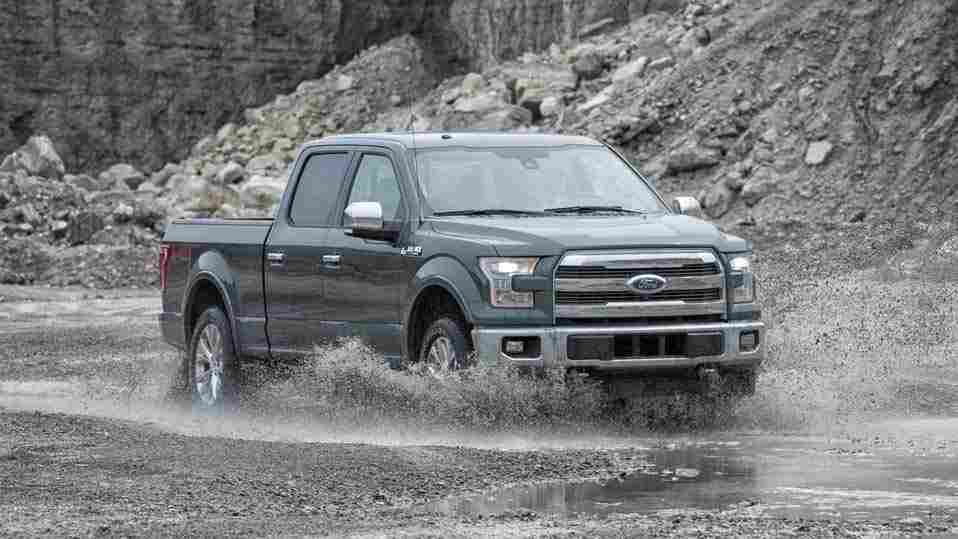 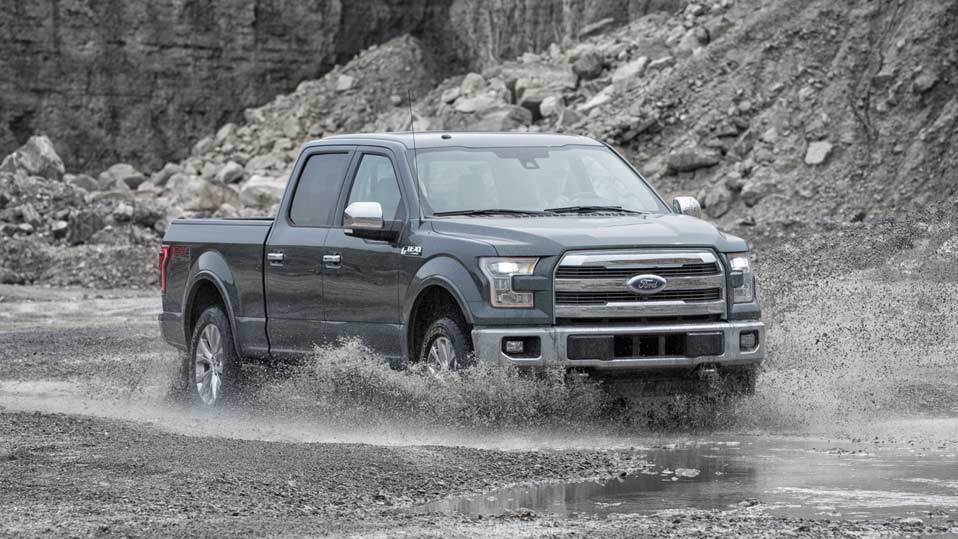 The new F-150's aluminum body cuts about 700 pounds off the truck's weight.

Ford's aluminum F-150 was one of the big stars today at the 2015 North American International Auto Show in Detroit, taking the prize for truck of the year.

The F-150's aluminum body cuts about 700 pounds off the truck's weight. A report from NPR's Sonari Glinton says the F-150 is Ford's most important vehicle, and quotes Aaron Bragman, Detroit bureau chief for Cars.com, as saying the automaker's move to aluminum is one of the biggest gambles in the auto industry in years.

The lighter body weight is important because automakers will have to adjust to stricter fuel efficiency standards. Forbes says Ford's redesigned truck will get about 26 miles per gallon on the highway.

"The truck is hitting the market just as fuel prices are falling, and the diet has been expensive, adding, in some cases, as much as $3,000 to the cost of the vehicle after adjusting for the price of equipment (the average transaction price is $40,000). Beyond that, Ford has had to make the case to customers that aluminum is as tough and long-lasting as steel."

Forbes writes that Ford intends to counter those concerns by touting the truck's 12,000-pound towing capacity and "military-grade aluminum."

Volkswagen's Golf took car of the year honors at this year's auto show, which kicked off today. Sonari tells our Newscast unit that the Golf was a surprise pick.

Also notable was the unveiling of General Motors' all-electric Chevrolet Bolt concept car. A clear rival to the Tesla, it's a $30,000 plug-in aimed at middle-class American consumers that can go for 200 miles on one charge, according to The Wall Street Journal.

The Journal reports that "by placing the Bolt in the high-volume Chevrolet line and giving it a name similar to the Volt, executives hope to polish Chevy's image as a full-line vehicle manufacturer prepared to meet demand, regardless of prices at the pump, according to people familiar with the strategy."