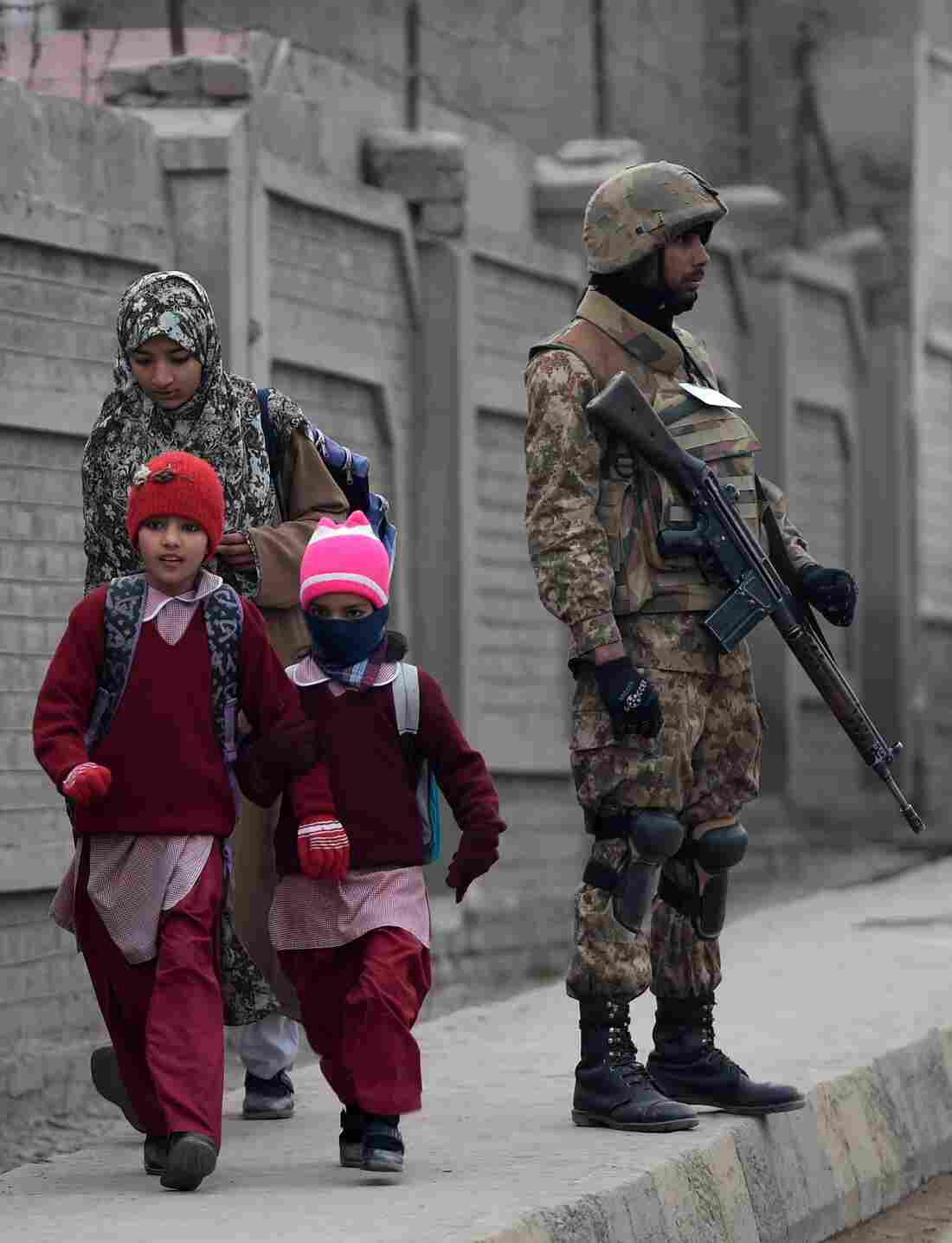 A Pakistani soldier stands guard on a street as children walk to school in Peshawar on Monday. A Majeed /AFP/Getty Images hide caption 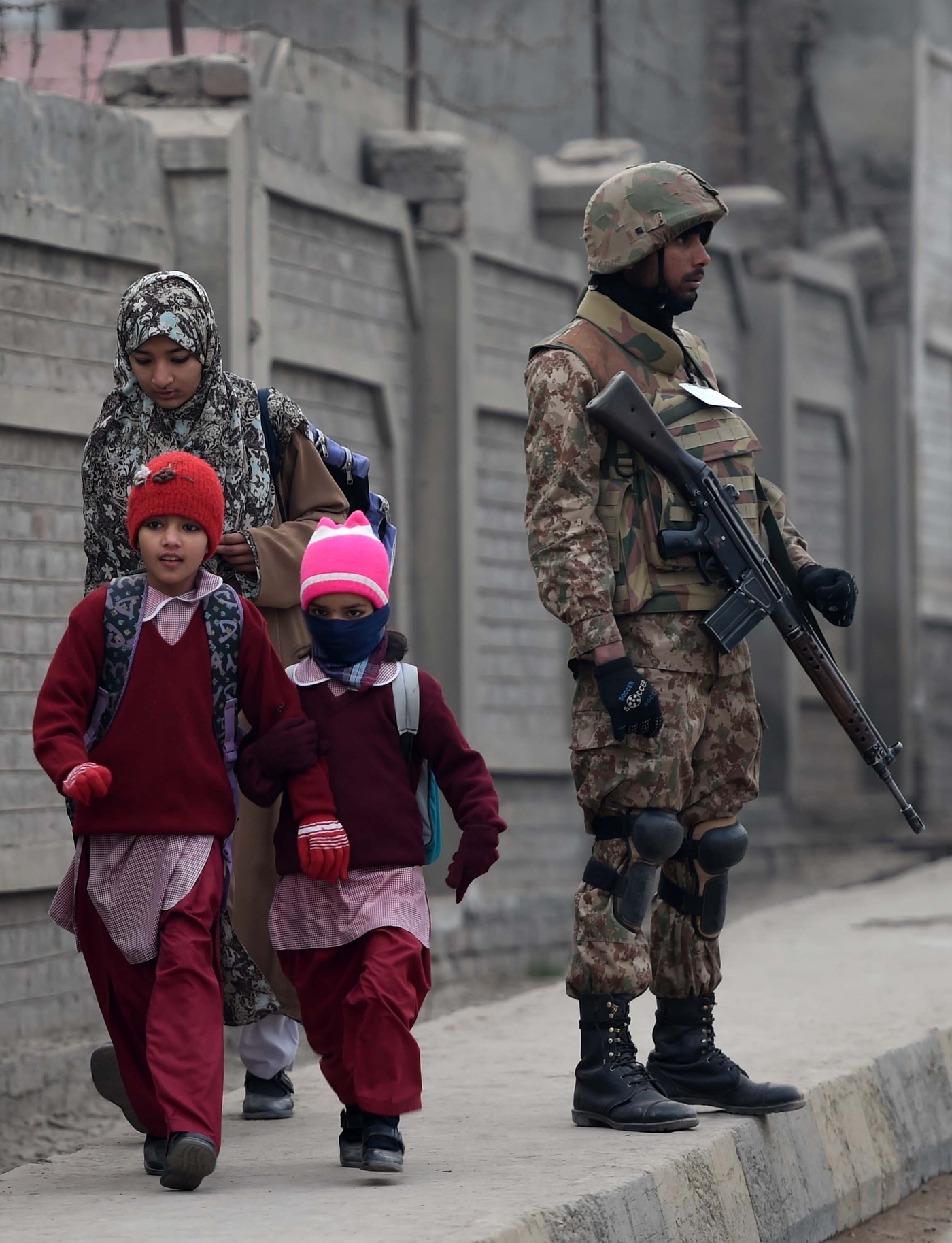 A Pakistani soldier stands guard on a street as children walk to school in Peshawar on Monday.

Amid heavy security on Monday, children returned to the Pakistani school where Taliban militants killed nearly 150 of their classmates and teachers last month.

Al-Jazeera reports that the mood was sombre and children were dropped off in military trucks. The network adds:

" 'I think it is a good thing that the school is reopening,' Tariq Aziz, 30, whose younger brother, Asad, was killed in the attack, told Al Jazeera. 'Already time has been wasted, and the students' studies are suffering.'

" 'Even if we are not safe, what can we do? We have to send our children to school. For the sake of their education.' "

The Associated Press spoke to parents:

"For Peshawar parents like Abid Ali Shah, Monday morning was especially painful as he struggled to get his sons ready for school, something his wife used to do. She was a teacher at the school and was killed in the violence. Both of his sons attended the school. The youngest was shot in the head but survived after the militants thought he was dead.

" 'A hollowness in my life is getting greater. I am missing my wife,' Shah said. He said he had wanted to shift his children to a different school or city but decided not to because they still have to take exams this spring: 'Everything is ruined here, everything.' "

As we reported, the attack was horrific. Six gunmen moved systematically through the Army Public School and Degree College in Peshawar. Witnesses said they first opened fire at an auditorium where children were testing and then moved from classroom to classroom killing whoever was in their way.

CNN spoke to Shahrukh Hussain, a 15-year-old survivor who still has a bullet lodged in his back. He told the network he was "excited to go back to school."

"His proud mother supported his eagerness to return.