Accessibility links
U.Va. Reinstates Fraternity Accused In 'Rolling Stone' Rape Story : The Two-Way Phi Kappa Psi was at the center of a story alleging a 2012 gang rape at its house at the University of Virginia. The fraternity has consistently denied that events detailed in the article took place. 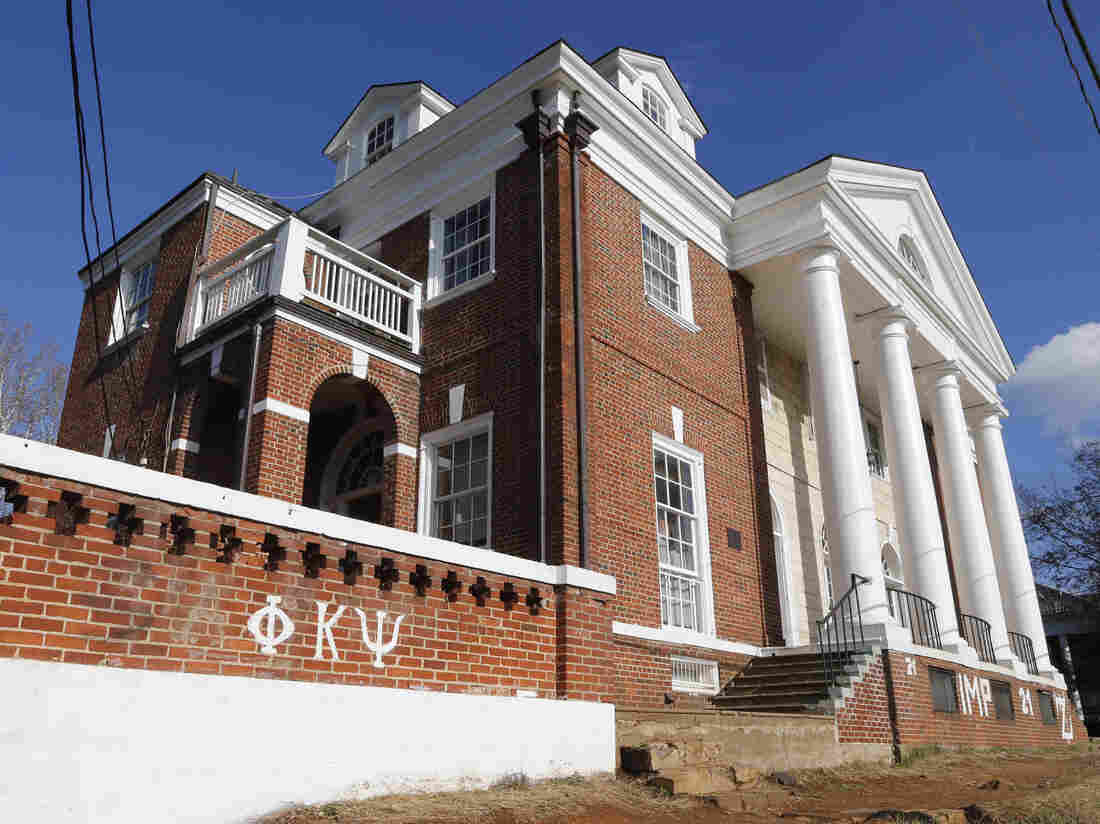 The Phi Kappa Psi fraternity house at the University of Virginia in Charlottesville, Va. The fraternity was at the center of a controversial Rolling Stone article describing an alleged gang rape at the school. Steve Helber/AP hide caption 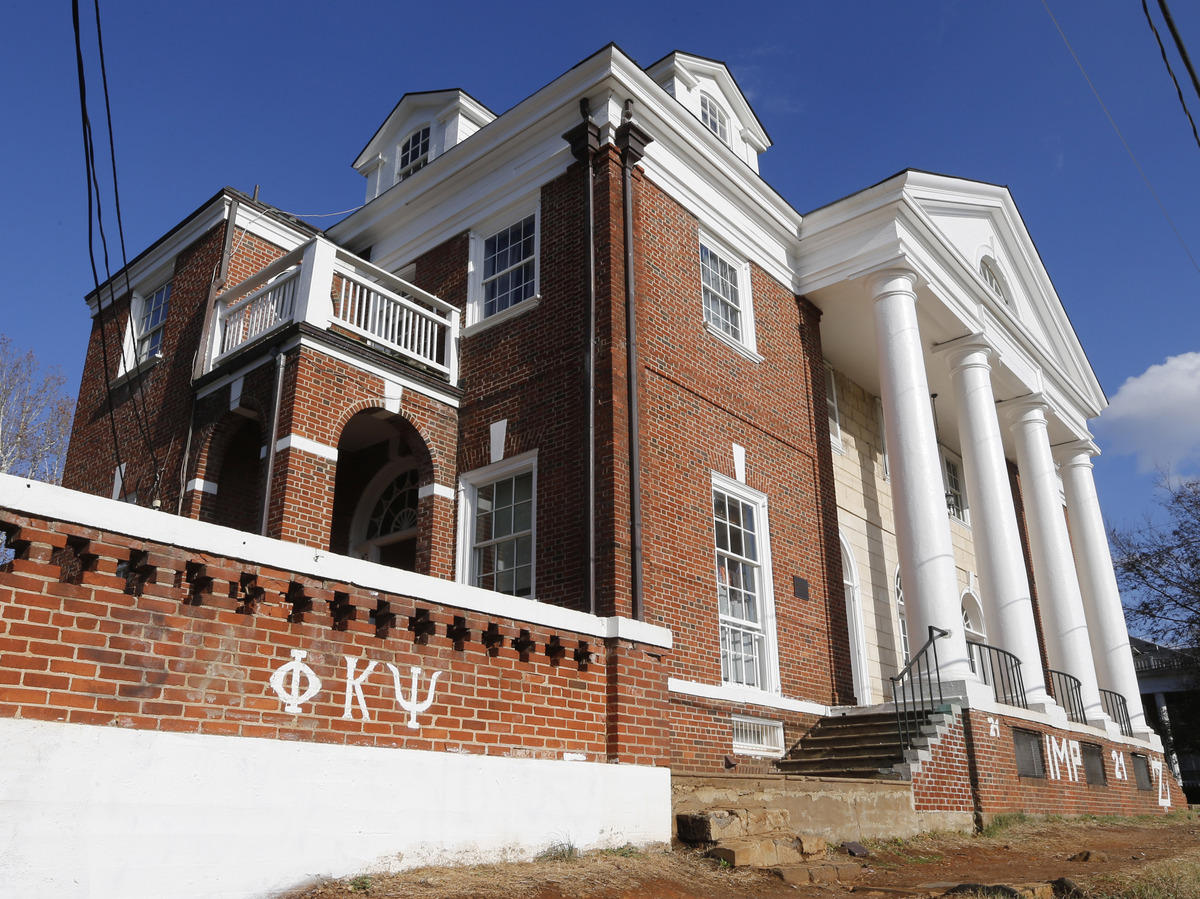 The Phi Kappa Psi fraternity house at the University of Virginia in Charlottesville, Va. The fraternity was at the center of a controversial Rolling Stone article describing an alleged gang rape at the school.

The Phi Kappa Psi fraternity at the center of a disputed Rolling Stone account of an alleged gang rape at the University of Virginia has been reinstated, according to a statement released on the school's website Monday.

In announcing the news, the university said police in that Charlottesville, Va., haven't been able to confirm accusations involving the fraternity in the November 2014 article. Charlottesville police Capt. Gary Pleasants told The Associated Press that authorities are still working on the case.

"The statement reads that we did not find any substantive basis to confirm the allegations occurred at Phi Kappa Psi, not that we said the assault did not occur," Pleasants said. "We are still investigating."

The Rolling Stone article centered on a student who said she had been gang raped at the Phi Kappa Psi house in 2012, but the magazine has since retracted the story, and the Columbia University Graduate School of Journalism is now conducting a review of the entire piece.

In late November, the university banned all fraternities on campus until Jan. 9th. Last week, University of Virginia President Teresa A. Sullivan announced new safety protocols for fraternities and sororities at U.Va.

In the university's statement reinstating the fraternity, Sullivan said, "We welcome Phi Kappa Psi, and we look forward to working with all fraternities and sororities in enhancing and promoting a safe environment for all."

The President of the Virginia Alpha Chapter of Phi Kappa Psi, Stephen Scipone, was also quoted in that statement as saying, "In today's 24-hour news cycle, we must guard against a rush to judgment as we often don't have all of the facts in front of us."

"We believe that in the midst of this ordeal, there is an opportunity to move forward with important safety improvements. This has prompted us to take a closer look at ourselves and what role organizations like ours may play in this problem. It's opened all of our eyes to the problem of sexual assault.

"Now it's time to do something about it. As a fraternity, we are going to continue discussing that need in the coming weeks."

Rolling Stone published a statement in December, saying the magazine should have worked harder to get "the other side of the story." And as NPR previously reported: "On Dec. 5, after doubts were raised about the article, Rolling Stone walked back some of the assertions in the story, and it said it had 'come to the conclusion that our trust in [Jackie] was misplaced.' The magazine later deleted that line, saying the mistakes in the story "are on Rolling Stone, not on Jackie."

Columbia's Graduate School of Journalism has not indicated when its review of the piece would be complete but did say that Rolling Stone agreed to publish the report in full on its website.