Accessibility links
Organizers Of Anti-'Islamization' Rally In Germany Mark Paris Attack : The Two-Way The protest in Dresden drew about 25,000 people who are against what they see as the "Islamization of Europe." Their rally was met by counterdemonstrations. 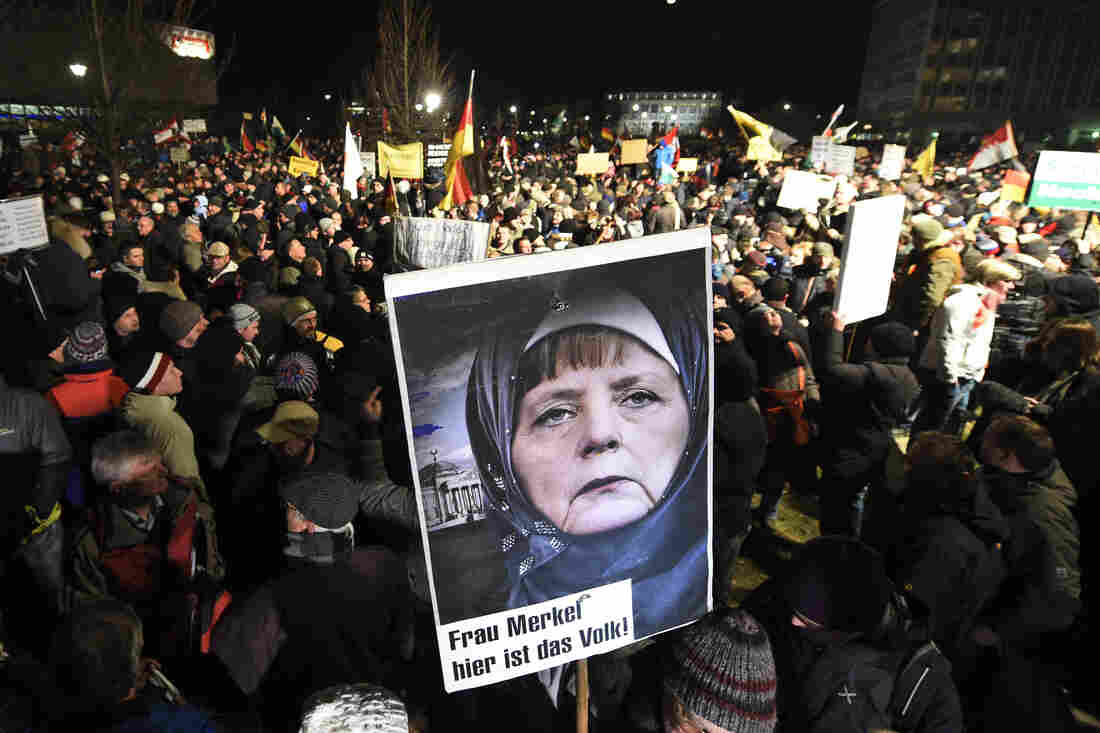 A protester in Dresden, Germany, holds a poster Monday showing Chancellor Angela Merkel wearing a headscarf during a rally organized by PEGIDA, a group that is against what it calls the "Islamization of Europe." Jens Meyer/AP hide caption 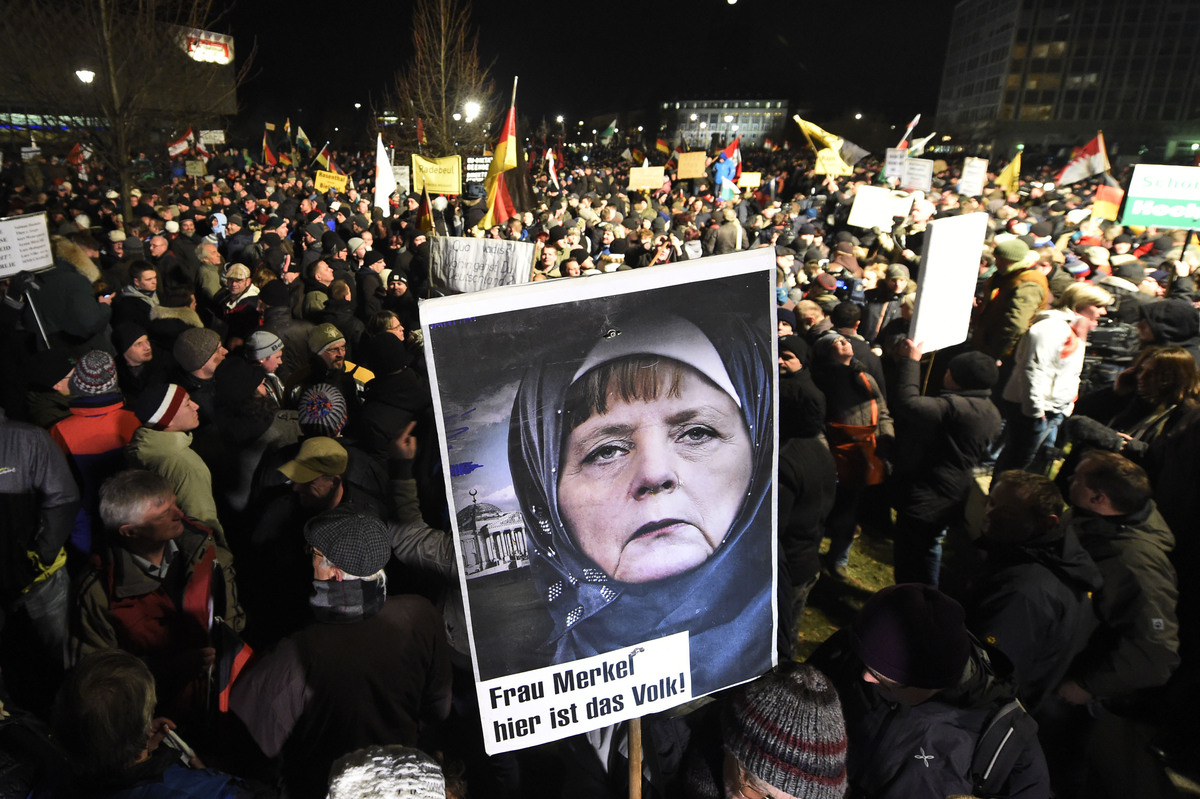 A protester in Dresden, Germany, holds a poster Monday showing Chancellor Angela Merkel wearing a headscarf during a rally organized by PEGIDA, a group that is against what it calls the "Islamization of Europe."

About 25,000 demonstrators marched in Dresden, Germany, today to protest what they see as the "Islamization of Europe." They also held a moment of silence to honor the victims of last week's deadly attack on a French satirical magazine.

"The terrible acts of Paris are further proof that PEGIDA is needed," one of the organizers, Lutz Bachmann, reportedly said, referring to the group calling itself Patriotic Europeans against the Islamization of the West.

NPR's Soraya Sarhaddi Nelson says the marchers were confronted by counterdemonstrators who oppose their message.

As we have previously reported, PEGIDA has protested since October against Germany's asylum and immigration policies, which it views as lax. Previous protests organized by the group in Dresden drew about 18,000 people. But attempts to replicate that turnout elsewhere have been met with counterprotests — and strong words from Germany's political and cultural elite.

Reuters reports that despite the opposition to PEGIDA, the group's protest today was larger than previous ones in the city.

"We are getting more support each week," co-founder Kathrin Oertel told the news agency. "We are against all violence that is religiously motivated whether Muslim or Christian. ... People have been confronted by it now and are thinking about it more."

In her New Year's Day speech, Chancellor Angela Merkel went as far as to urge her fellow Germans to "not follow people who organize these, for their hearts are cold and often full of prejudice, and even hate."

Merkel is scheduled to attend a vigil Tuesday organized by Muslims in Berlin to remember those killed in last week's Paris attack.