Accessibility links
'Charlie Hebdo' Editor On New Issue: 'We're Happy To Have ... Done It' : The Two-Way Gerard Briard said when the artist showed the staff the cover — featuring a caricature of the Prophet Muhammad — everyone burst out laughing and "jumped up for joy." 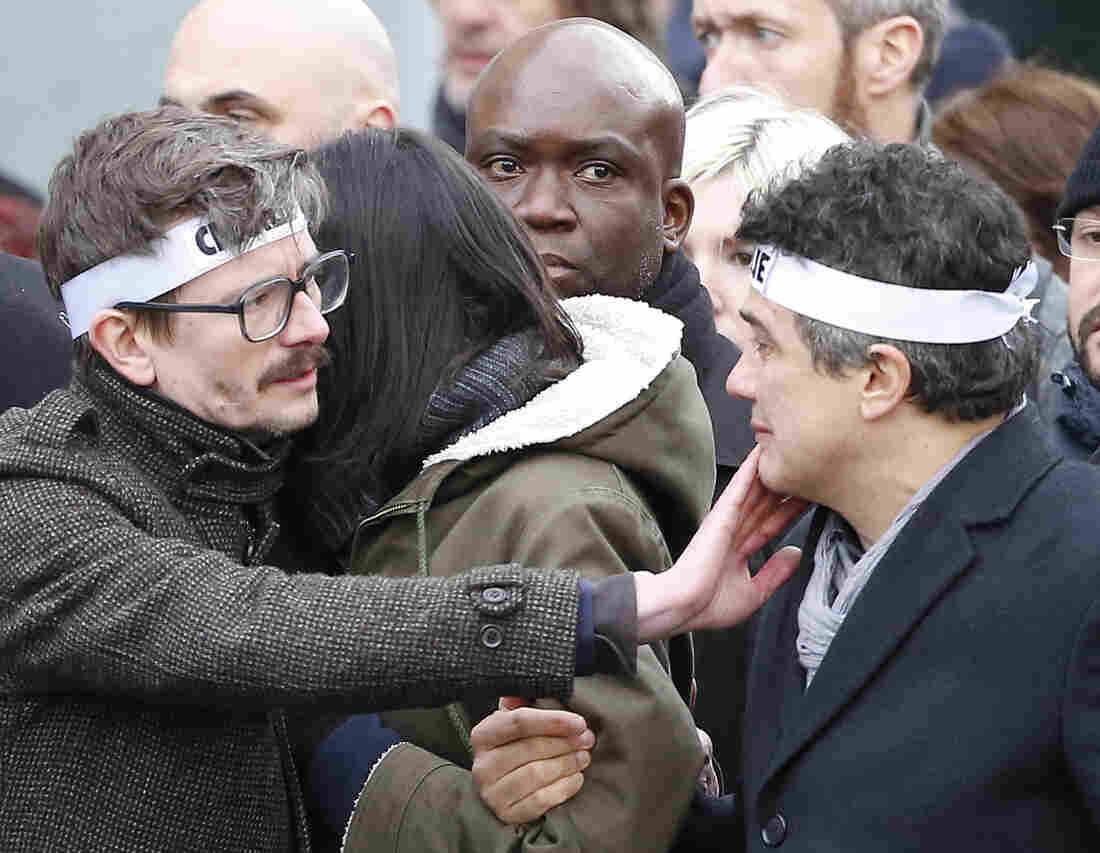 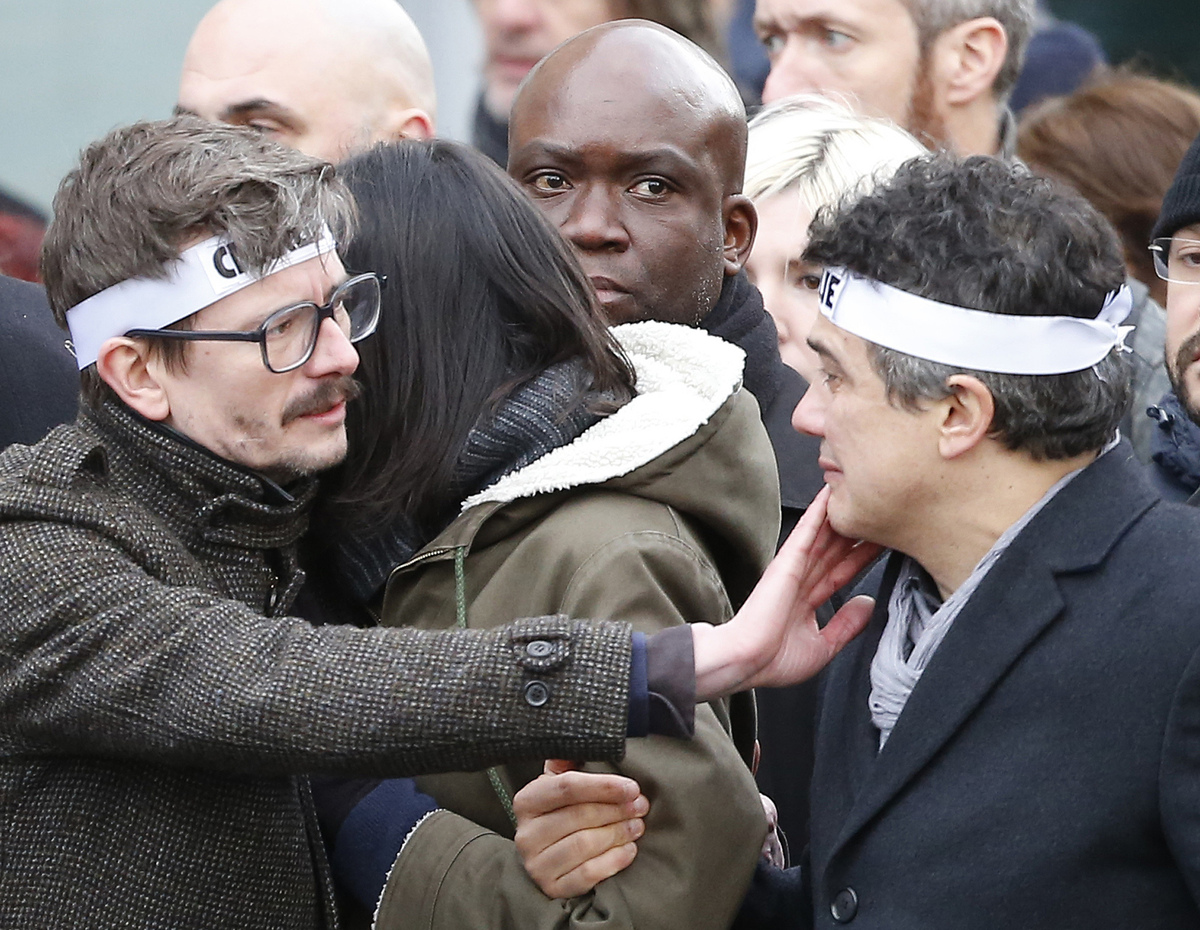 The staff of Charlie Hebdo said the past few days have been hard, but they are "happy" to have put out a magazine under the most intense of situations.

After the shooting, Renald Luzier, the cartoonist known as Luz, said they knew they had to start working.

"We didn't know how we were going to start," he said. "I didn't know if it was going to be possible for me to draw, quite honestly."

But he did. First a cartoon that served as "catharsis," and then, after many iterations, he drew a cartoon of Islam's Prophet Muhammad shedding a tear and holding a sign with what's become the slogan of this tragedy: "Je Suis Charlie," or "I am Charlie." Above it all, there's a headline that reads, "All Is Forgiven."

During an emotional press conference, Gerard Briard, the magazine's editor-in-chief, said that when Luz showed them the cover art, the place erupted in laughs and then everyone "jumped up for joy."

The New York Times has a fantastic narrative of the past few days for the Charlie Hebdo staff. According to that account, the staff were working at the offices of the left-wing daily Libération.

As the Times tells it, those laughs and that joy also included some dark humor, with some of the staff crying out "Allahu akbar!"

Both the cover and the reaction to it were, without a doubt, a message of the kind of defiance Charlie Hebdo has become famous for. The magazine was firebombed back in 2011, after it published an issue it said was edited by Muhammad. The magazine's staff had been listed by al-Qaida's Inspire magazine as public enemy No. 1. And last week, armed Islamists — shouting "Allahu akbar" — walked into the office and opened fire, killing 12 people at the magazine.

Briard told the press conference that this week's issue will be sold for two weeks and will have an initial run of 3 million copies. The issue will be translated into English, Spanish and Arabic.

He said they are sure, right now, that there is a future and in two weeks there will be another edition of Charlie Hebdo.

"We don't know yet what it will hold," he said.

NPR is not posting images of Charlie Hebdo's most controversial cartoons at this time, but you can find them all over the Internet, including here. Here's an explanation of NPR's decision.