Accessibility links
NASCAR's Kurt Busch Testifies That Ex-Girlfriend Is An Assassin : The Two-Way The race car driver and others told a Dover, Del., court this week that his former girlfriend, Patricia Driscoll, is an assassin. Driscoll did not deny the claims. 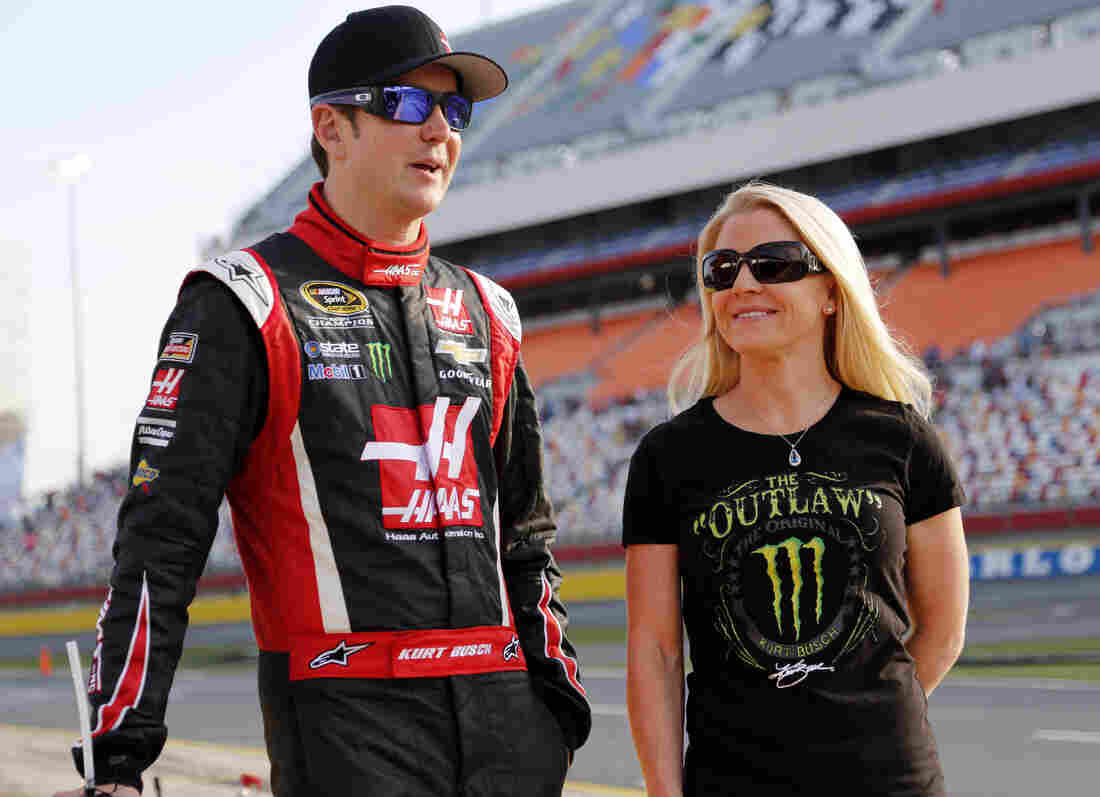 In this May 22, 2014, photo, Kurt Busch walks with Patricia Driscoll before a race at Charlotte Motor Speedway in Concord, N.C. The former couple has been in court over Driscoll's claim that Busch assaulted her. Terry Renna/AP hide caption 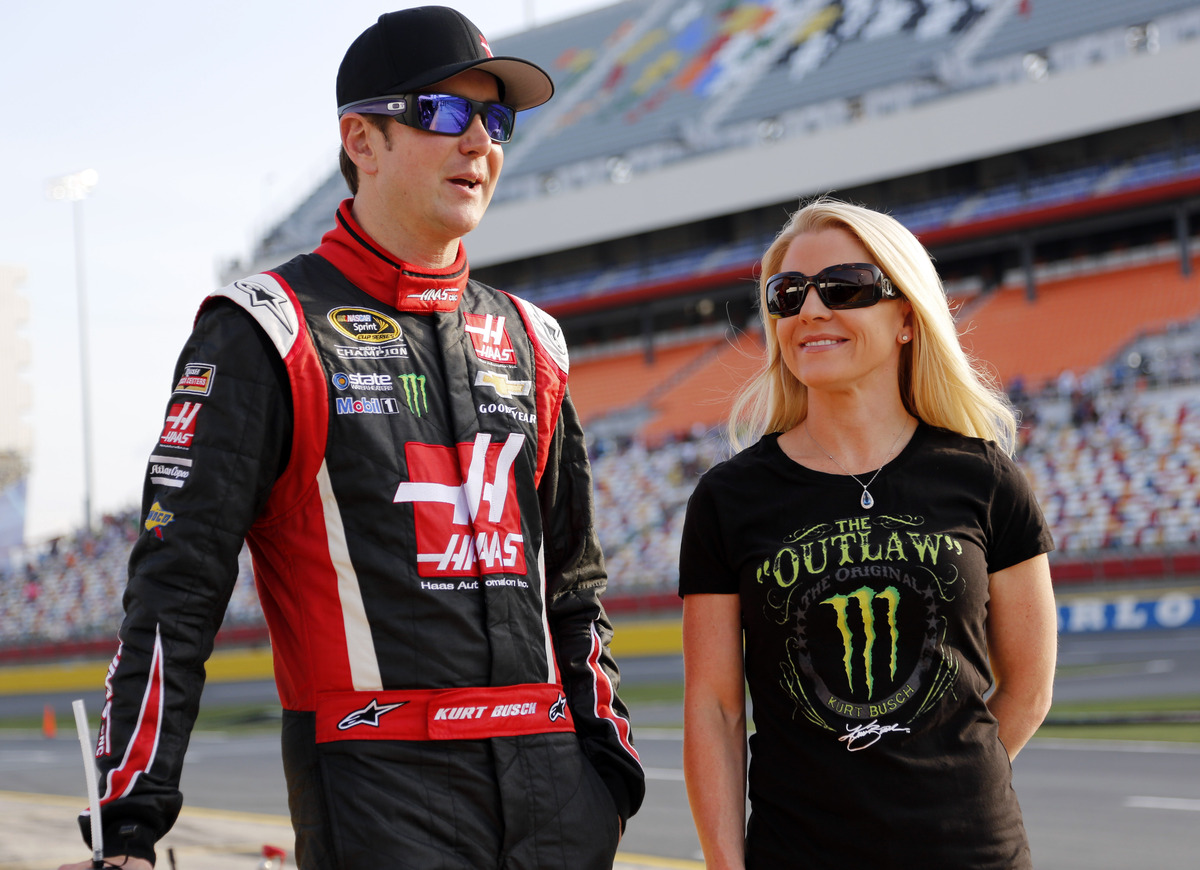 In this May 22, 2014, photo, Kurt Busch walks with Patricia Driscoll before a race at Charlotte Motor Speedway in Concord, N.C. The former couple has been in court over Driscoll's claim that Busch assaulted her.

Testifying about a request for a protective order against him, race car driver Kurt Busch told a Dover, Del., court this week that his former girlfriend is an assassin. Patricia Driscoll, who dated Busch for four years, requested the order last November, shortly after their relationship ended.

Driscoll has also filed a criminal complaint against Busch, alleging that he grabbed her and slammed her head into the wall of his motor coach at Dover International Speedway last fall. Busch denies those claims, which the authorities have been considering separately.

Those circumstances brought about four days of testimony from Busch and Driscoll that almost certainly stands unique among anything ever heard in a family court.

The former NASCAR Sprint Cup champion, 36, said that Driscoll "is a trained assassin dispatched on covert missions around the world," The Associated Press reports. The news agency adds: "Busch said Driscoll repeatedly asserted her assassin status and claimed the work took her on missions across Central and South America and Africa."

"Everybody on the outside can tell me I'm crazy, but I lived on the inside and saw it firsthand," Busch said.

"Busch offered up specific examples of her returning from missions, sometimes with bruises.

"Once, he said, they were in El Paso, Texas, where Driscoll had left that night in camouflage and boots. She returned later to the hotel at which he was staying wearing a trench coat. Under it she was wearing an evening gown splattered with blood and other matter, Busch testified."

Those details add to a picture that was painted earlier, when Busch and others testified "that Driscoll claimed she was a trained assassin who had killed people, including drug lords," the AP reported Monday.

Busch and his attorney, Rusty Hardin, are holding up Driscoll's status as a mercenary to refute her claims that she was abused.

"I know that she could take me down at any moment," Busch told his attorney Monday, "because she's a bad-ass."

Local TV station WBOC notes, "Neither Driscoll nor her attorney refuted testimony about her telling people she was a trained assassin."

Driscoll, 37, lives in Ellicott City, Md. She heads two organizations, both of them based in Washington, D.C. One is the Armed Forces Foundation, a veterans advocacy group that partners with NASCAR. The other is Frontline Defense Systems, whose website says Driscoll "spent the majority of her career in the narcotics and intelligence world."