Accessibility links
2 Dead, 1 Wounded In Belgian Anti-Terror Operation : The Two-Way The raid in the town of Verviers comes the same day police arrested a man accused of selling weapons to Amedy Coulibaly, who was killed by police after he attacked a Paris kosher shop last week. 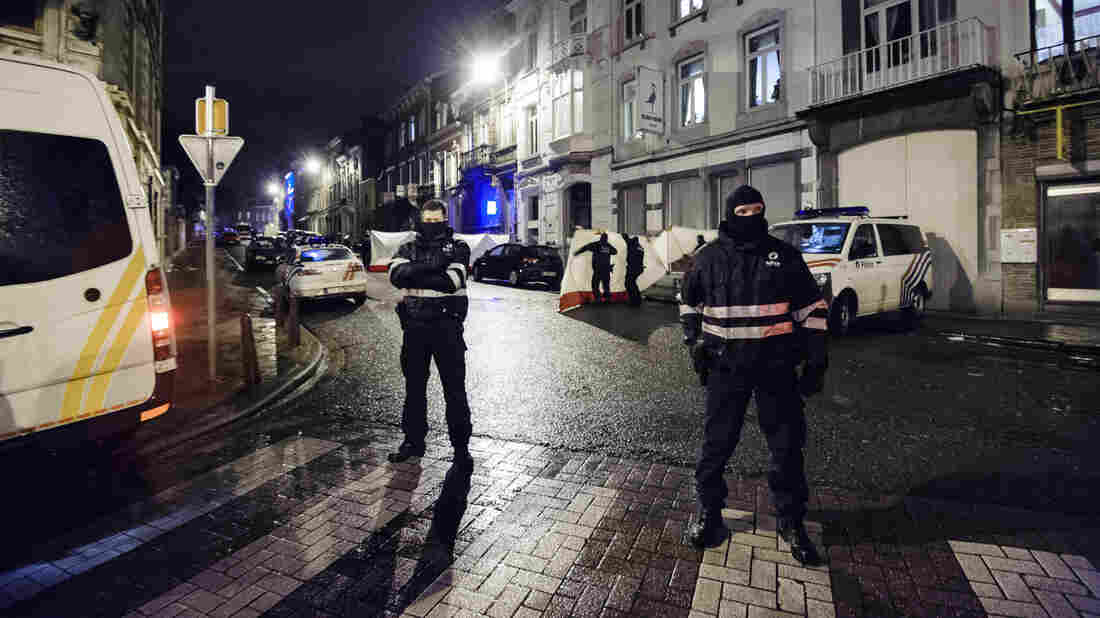 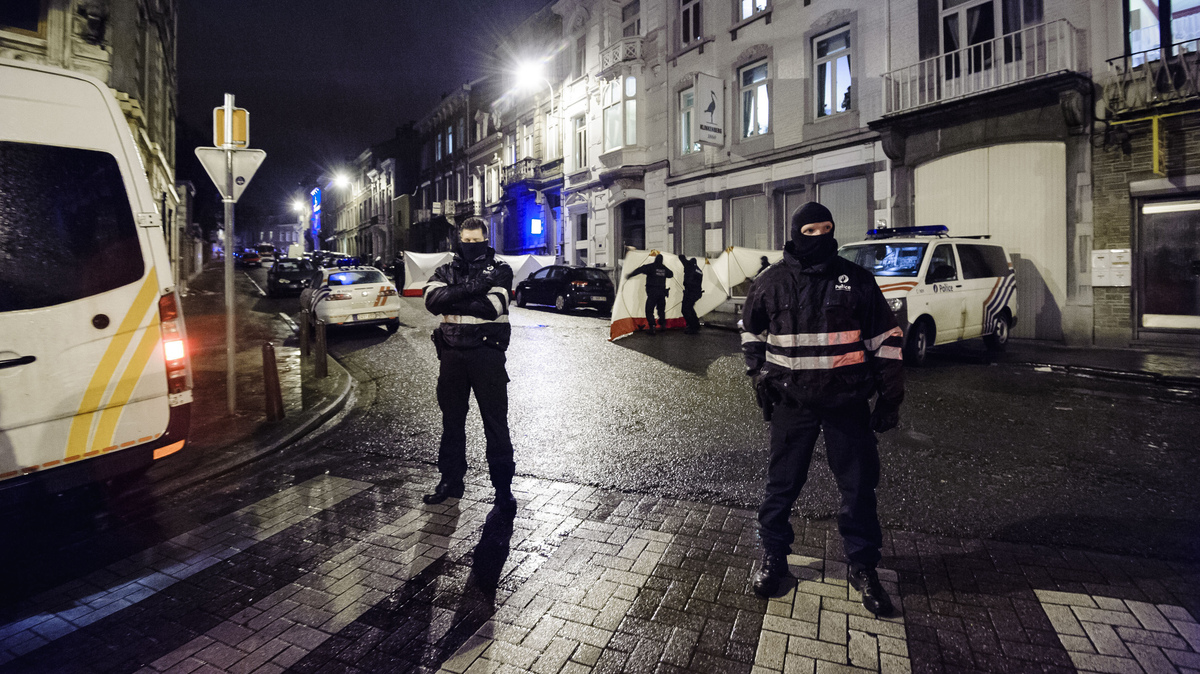 Belgian police block a street in central Verviers on Thursday. Two men were killed and a third arrested when police raided an apartment used by suspected Islamist radicals.

Belgian police killed two men and arrested a third in the town of Verviers, a federal prosecutor said. The raid was part of about 10 raids today in the Brussels region and Verviers against militants planning an imminent "terrorist attacks on a grand scale," Eric Van Der Sypt told reporters.

The men had opened fire on police who had search warrants, he said. 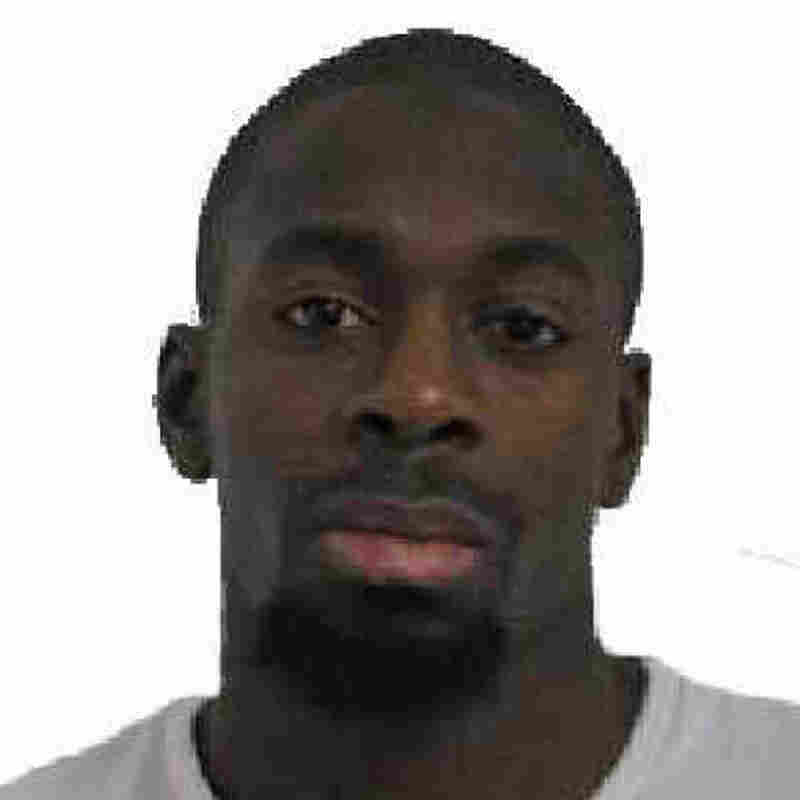 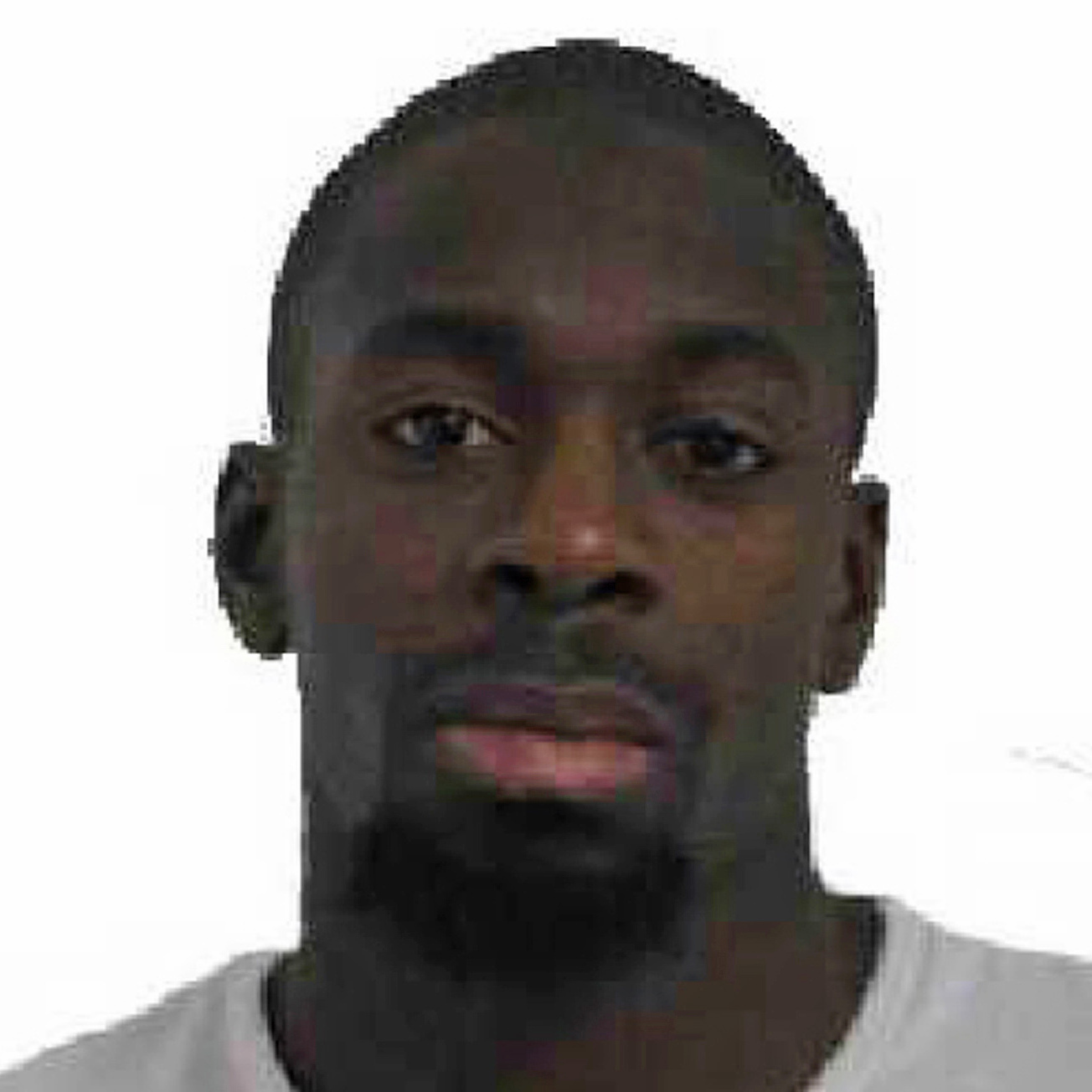 A photo of Amedy Coulibaly provided by the Paris Police Prefecture on Jan. 9.

"The suspects immediately and for several minutes opened fire with military weaponry and handguns on the special units of the federal police before they were neutralized," Van Der Sypt said, according to Reuters.

He said the raid was part of an investigation into militants returning from Syria. Belgium's terror alert level had been raised to its second-highest level, Van Der Sypt said.

"For a fairly small country with a population of just over 11 million, Belgium has the highest number per capita in the West of citizens who have gone to fight in Iraq and Syria," Schultz says. "And there's huge concern not just about these kids — most of them kids – going to fight but about what happens when they come home."

The investigations into today's operation had been going on for weeks and at this time there is no direct connection with the attacks last week in Paris, Van Der Sypt said.

The operation comes the same day Belgian police arrested a man accused of selling weapons to Amedy Coulibaly, who was killed by police after he attacked a Paris kosher shop last week.

Reporter Schultz tells our Newscast unit that the suspect turned himself in out of fear of his clients' terrorist ties.

She filed this report for our Newscast unit:

"Now in custody charged with arms trafficking, the suspect reportedly told Belgian authorities he prefers that to possibly being targeted by terrorist associates of the Paris killers.

"Belgian media say the man told police he cheated in his dealings with Coulibaly, the man who seized the grocery store, and when news broke of Coulibaly's terrorist connections, he was afraid other Islamists might come after him.

A spokesman for Belgium's federal prosecution told Reuters,"The man is being held by the judge in Charleroi on suspicion of arms dealing. Further investigations will have to show whether there is a link with the events in Paris."

The news service reports that Coulibaly bought ammunition for the weapon he used to kill four people at the kosher shop.

In interviews with French television, Coulibaly said he had coordinated his attack with Saïd and Chérif Kouachi, who attacked the Paris office of the satirical magazine Charlie Hebdo and were later killed in a shootout with police.

In total, the attacks left 17 people dead in France.

Update at 9:55 a.m. ET. French Police Looking For Another Suspect:

NPR has confirmed French authorities are searching for another potential suspect, who may have driven Coulibaly to the kosher shop. 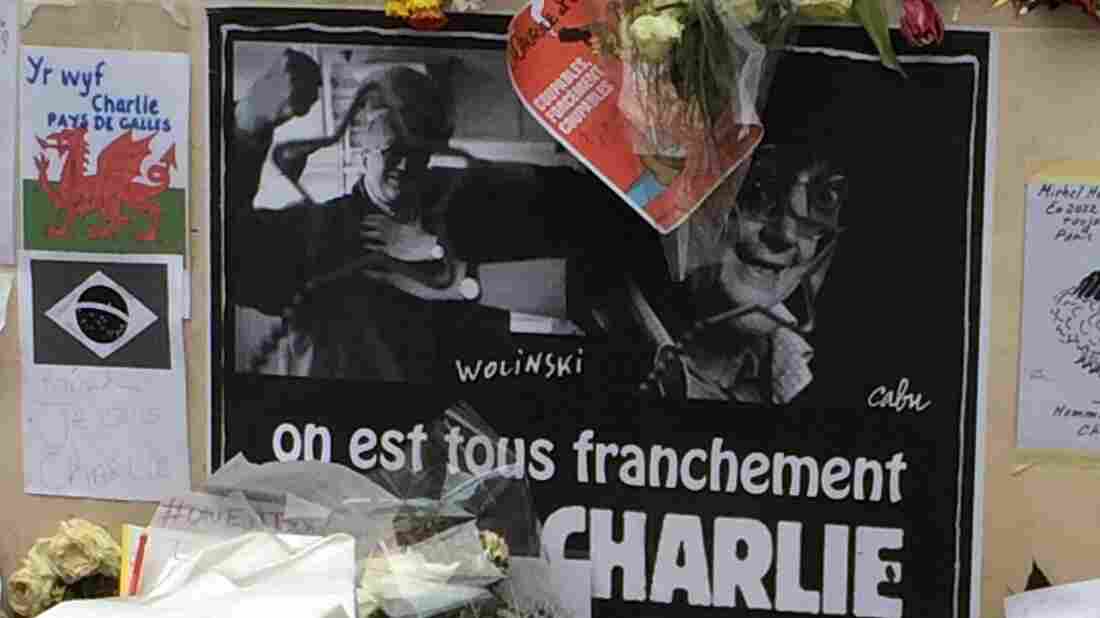 Flowers and tributes piled up outside the office of the satirical magazine Charlie Hebdo in Paris. Dina Temple-Raston/NPR hide caption 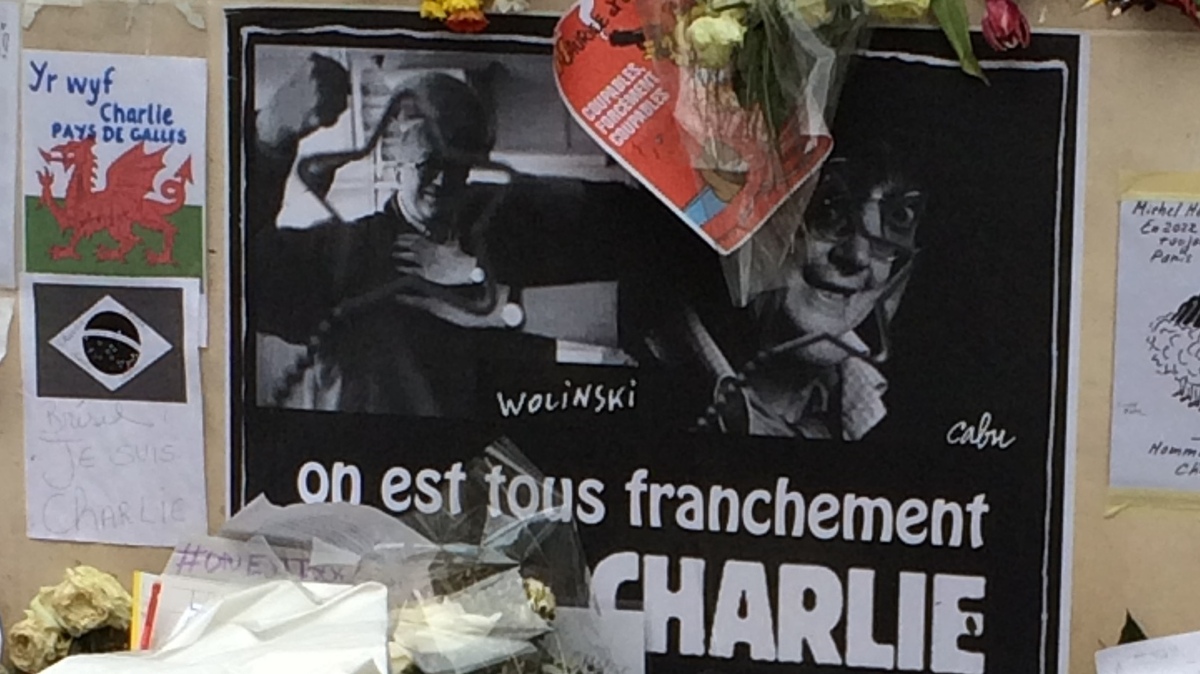 Flowers and tributes piled up outside the office of the satirical magazine Charlie Hebdo in Paris.