Accessibility links
Long-Lost European Spacecraft Spotted On Mars By NASA Probe : The Two-Way The Beagle 2 Mars lander was lost in December 2003. Today, scientists confirmed their spacecraft was found partially deployed on the surface of the Red Planet. 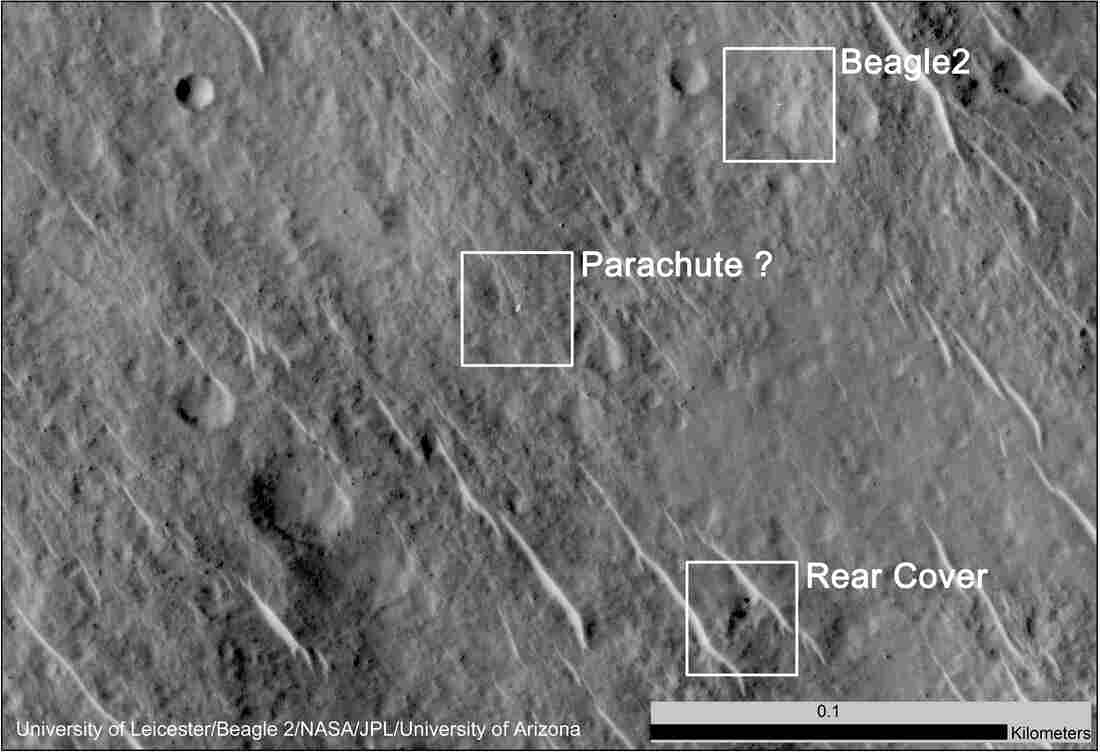 An image sent by NASA's Mars Reconnaissance Orbiter. Scientists have concluded that it shows the Beagle 2 Mars lander, which went missing in 2003. NASA hide caption 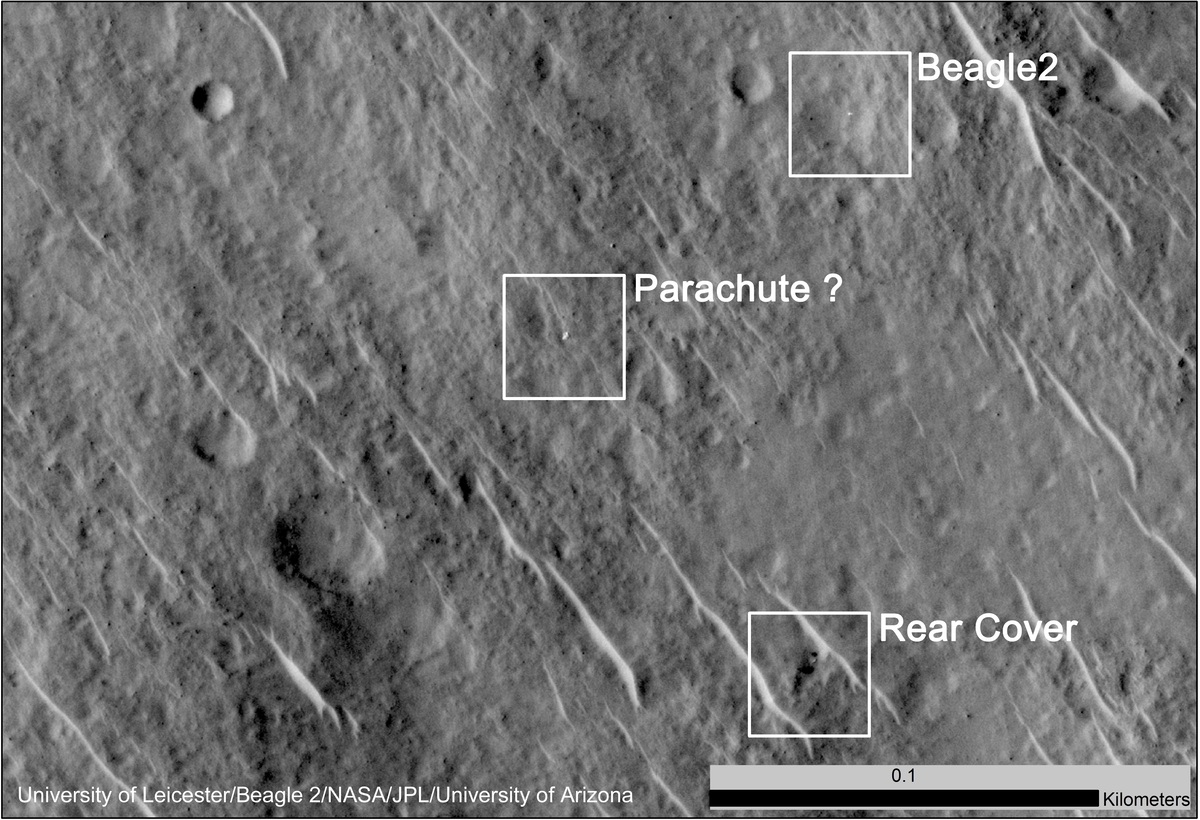 An image sent by NASA's Mars Reconnaissance Orbiter. Scientists have concluded that it shows the Beagle 2 Mars lander, which went missing in 2003.

More than a decade after it went missing, British scientists say they have found a small spacecraft on the surface of Mars.

The Beagle 2 Mars lander was launched aboard the Mars Express in June of 2003. It was an ambitious project that was supposed to look for life on the Red Planet. On Dec. 19, 2003, it separated from the Express and was to enter Mars' atmosphere on Christmas Day.

That was the last British scientists heard from the spacecraft, and they always thought it had been lost on the way in, that it had likely crashed onto the surface.

" 'We are not looking at a crash site,' said David Parker, of the UK Space Agency. 'We have good evidence of Beagle 2 resting on the surface of Mars. These images are consistent with the Beagle 2 having successfully landed on Mars but then only partially deploying itself.'

"First hints that Beagle 2 had been found came in 2013 when scientists saw something glinting on the surface of Mars in the area where Beagle 2 was supposed to have landed.

"By November, Mark [Sims], from the University of Leicester, Beagle 2's mission manager, said the team were becoming quite excited that they had found the long-lost spacecraft."

In a statement, Parker said the finding means that Beagle 2 was more of a success "than we previously knew and undoubtedly an important step in Europe's continuing exploration of Mars."

Marks Sims, the University of Leicester scientist, said it's still not clear what happened to the spacecraft. But, he says, it had to be fully deployed in order to communicate back to Earth.

It appears, Sims said, that the radio antenna never deployed.

This video gives a more detailed explanation of what happened: