Accessibility links
Archdiocese Of St. Paul-Minneapolis Files Chapter 11 : The Two-Way Facing more than a dozen claims of sexual abuse by priests, the archdiocese says it needs protection to reorganize. Eleven other U.S. dioceses have filed bankruptcy since 2004. 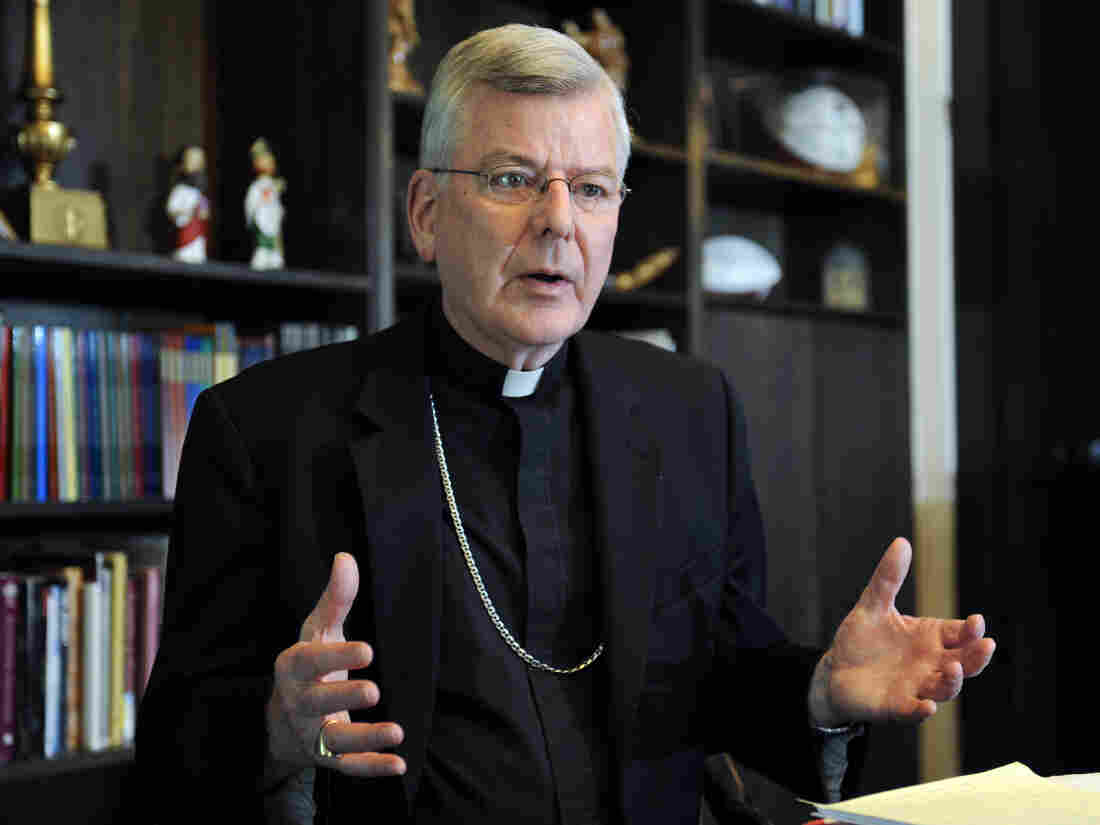 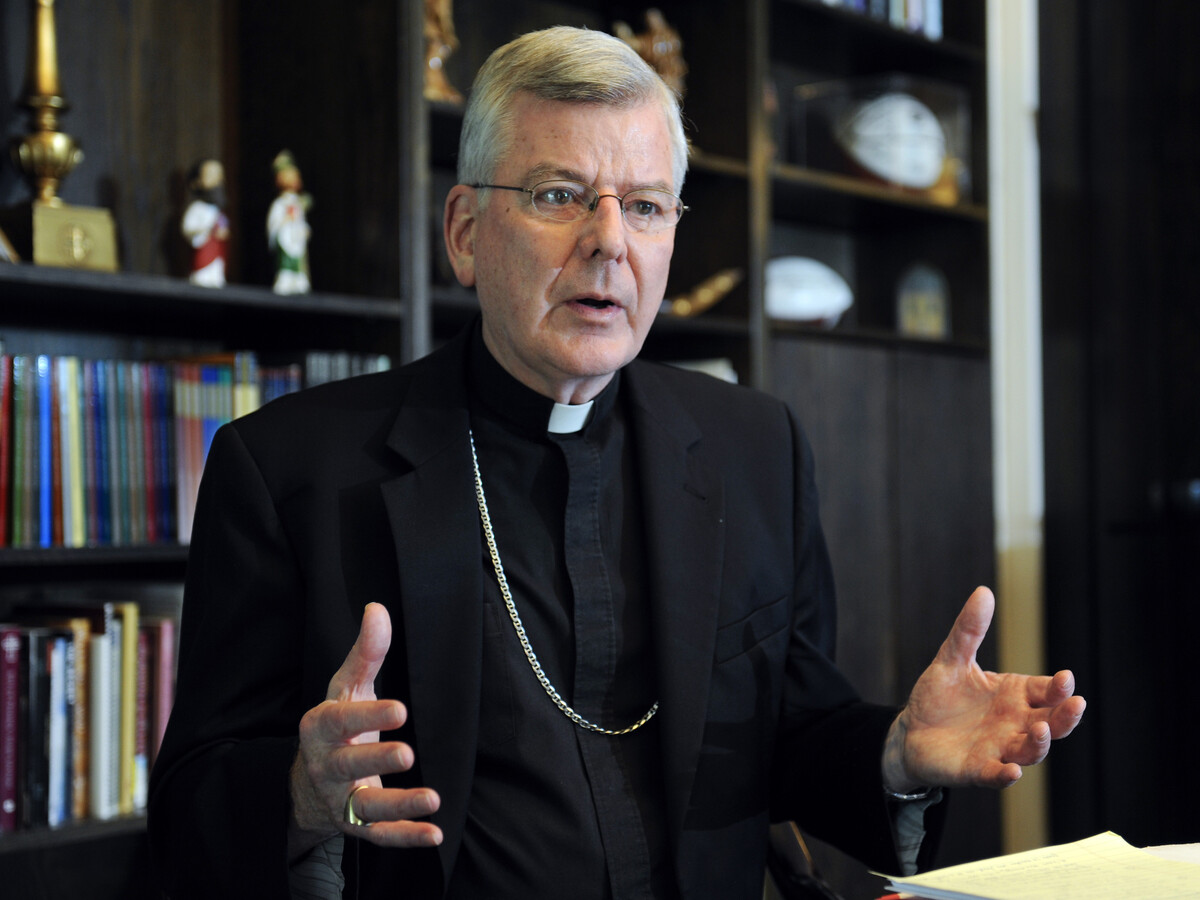 St. Paul-Minneapolis Archbishop John Nienstedt speaks at his office in St. Paul, Minn., in a photo taken in July. Nienstedt announced Friday that the archdiocese was filing for bankruptcy following more than a dozen claims from alleged sexual abuse victims.

The Archdiocese of St. Paul and Minneapolis has become the 12th U.S. diocese forced into bankruptcy by claims from alleged victims of clergy sexual abuse.

In a letter posted Friday on the archdiocese's website, Archbishop John Nienstedt acknowledged the devastating impact of the stories of abuse by priests and the aim of "continuing to work with those representing victims/survivors to make sure we are doing all we can to prevent sexual abuse of minors, as well as to be instruments of healing for those who have been abused.

"To that end, I have directed that a petition for a Chapter 11 Reorganization of the Archdiocese Corporation be filed in the United States Bankruptcy Court of the District of Minnesota. Please note: this filing does not include parishes and schools," Nienstedt wrote.

The filing does not come as a surprise. As Minnesota Public Radio notes: "In November, archdiocese chief financial officer Thomas Mertens called bankruptcy protection "a way to respond to all victims/survivors by allowing the available funds to be equitably distributed to all who have made claims. ..."

MPR says the archdiocese faces lawsuits from more than a dozen alleged victims.

"The filing estimates that the archdiocese, the largest in the state with more than 800,000 parishioners, has assets between $10 million and $50 million, with liabilities between $50 million and $100 million. It also estimated 200 to 300 creditors.

"An attorney for the victims, Mike Finnegan, whose firm is working with the archdiocese as part of an October settlement on child protection issues, said the bankruptcy filing won't stop scrutiny of the archdiocese.

" 'They've promised to treat victims fairly during this process,' he said Friday."

In 2004, the Archdiocese of Portland filed for Chapter 11 bankruptcy protection and in 2011, the Archdiocese of Milwaukee also filed. Since 2004, dioceses in Tucson, Ariz.; Spokane, Wash.; Davenport, Iowa; San Diego; Fairbanks, Alaska; Wilmington, Del.; Montana and New Mexico have also done so. Earlier this week, the Diocese of Stockton, Calif., announced it too was filing for bankruptcy.