Accessibility links
Proposed NCAA Deal Would Restore Penn State Football Wins : The Two-Way The deal between the NCAA and the university would restore the 112 wins from 1998 through 2011 that were thrown out amid the Jerry Sandusky child molestation scandal. 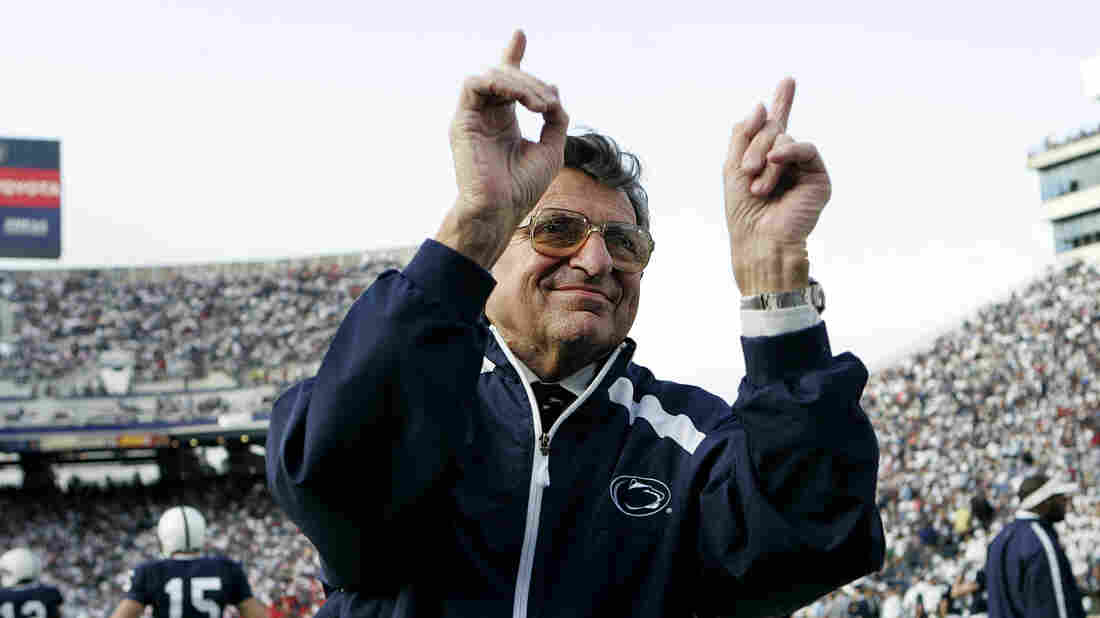 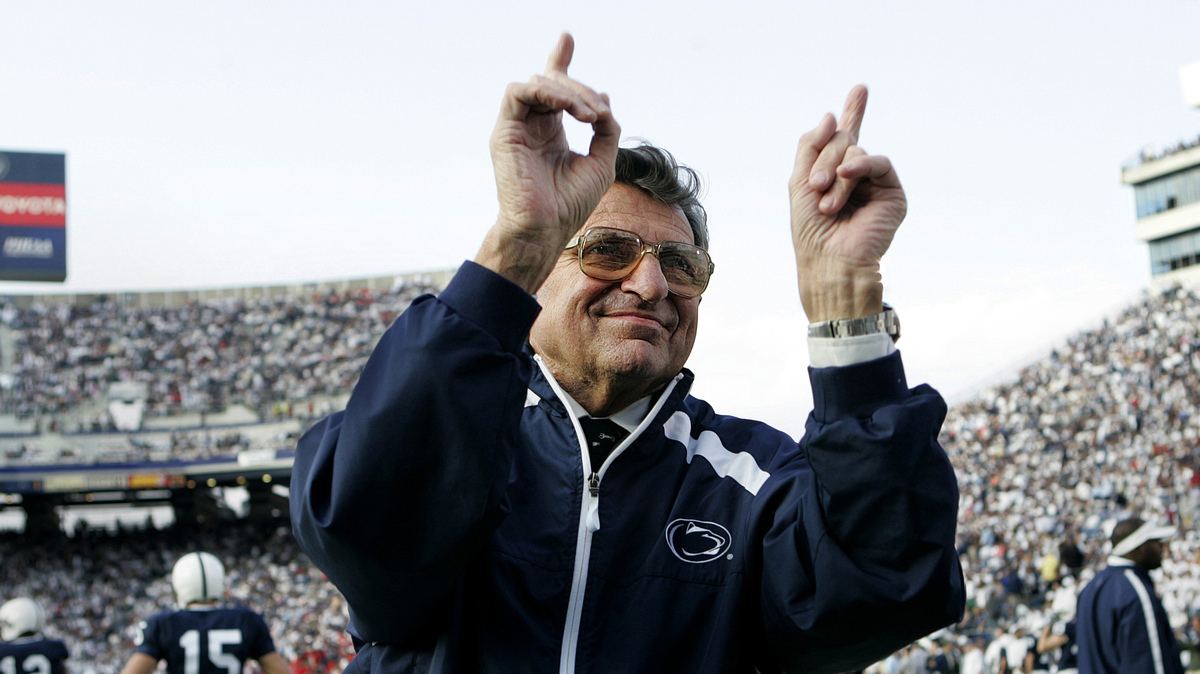 The NCAA has announced a proposed settlement under which the Penn State football team's 112 wins from 1998 through 2011 that were thrown out amid the Jerry Sandusky child molestation scandal will be restored. The move would restore late coach Joe Paterno as the most successful coach in major college football history.

Under the proposed deal, Penn State agreed to commit $60 million to programs that work to prevent child sexual abuse. The university in State College, Pa., would also acknowledge the NCAA's "legitimate and good faith interest" in the Sandusky scandal.

The deal, which must be approved by the boards of Penn State and the NCAA, comes weeks before a trial to decide whether the 2012 consent decree between the sides is legal.

"The consent decree, a descriptor that may strike some as an oxymoron, is the term for the binding agreement between the NCAA and Penn State to abide by the stiff sanctions the organization imposed on the university last July.

"Those penalties included a four-year ban on bowl games, a cut in athletics scholarships, a $60 million fine and the voiding of all football victories from 1998 to 2011. It also includes a monitoring and probation period."

Paterno's family had challenged that agreement.

Last year, the NCAA lifted some of the most severe sanctions on Penn State, imposed after the scandal broke. The school's football team was allowed to compete in last year's postseason, and its scholarships returned this year.

The child sexual abuse scandal cost the university's president and Paterno their jobs.

Sandusky, the team's assistant coach, was found guilty in 2012 of charges related to abusing boys for more than a decade. He was sentenced to between 30 and 60 years in prison.