Accessibility links
Ukraine Launches Major Offensive To Retake Donetsk Airport : The Two-Way After a night of intense shelling by government forces, much of the airport has reportedly been retaken from Russian-backed separatists. 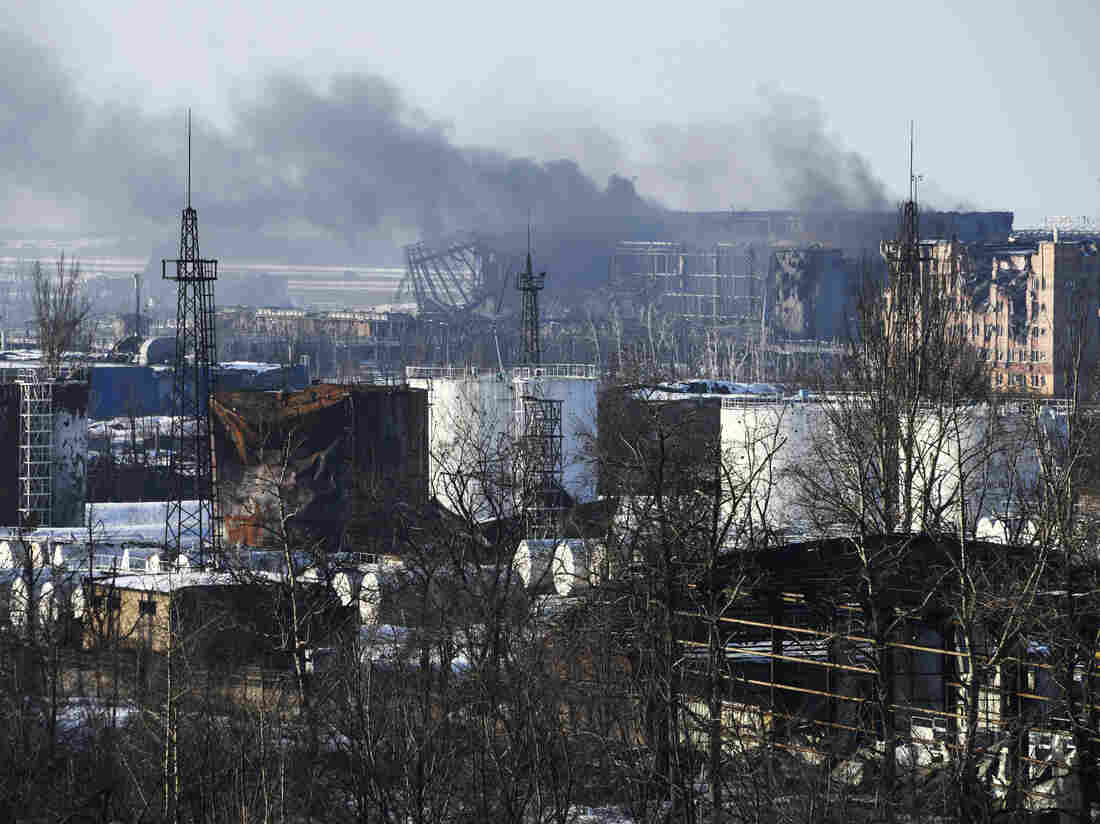 Smoke rises over the new terminal of Donetsk airport in Donetsk, Eastern Ukraine, where government troops have launched an offensive to capture the area from Russian-backed separatists. Mstyslav Chernov/AP hide caption 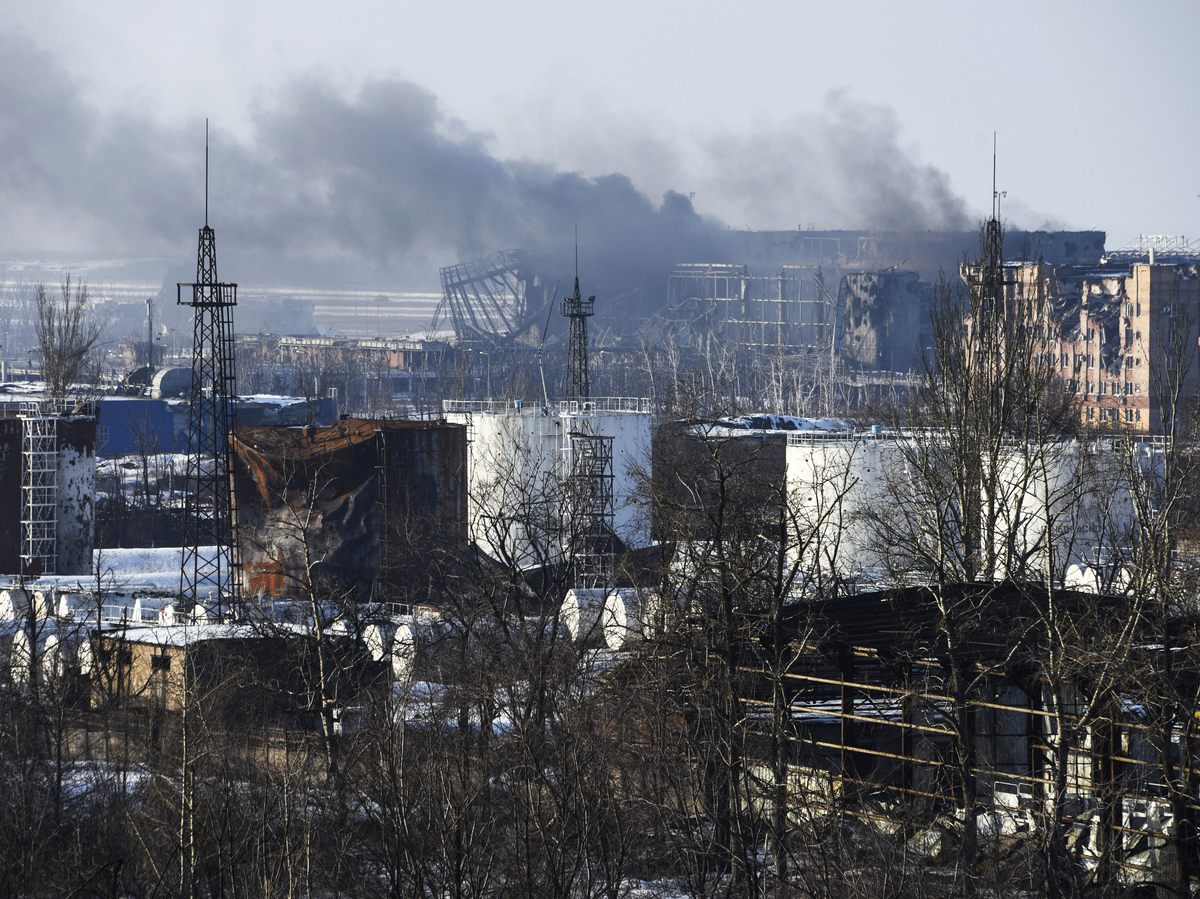 Smoke rises over the new terminal of Donetsk airport in Donetsk, Eastern Ukraine, where government troops have launched an offensive to capture the area from Russian-backed separatists.

Ukraine's president says his forces will retake the airport in the eastern city of Donetsk from the control of Russian-backed separatists amid reports of a major push to do just that.

Petro Poroshenko, speaking to a crowd of several thousand gathered Sunday in central Kiev for a state-sponsored peace march, said that he would not "give up an inch" of Ukrainian territory to separatists, according to The Associated Press.

Meanwhile, Reuters reports that Ukrainian forces launched a "mass operation" overnight that had succeeded in retaking most of the airport.

Since September, a cease-fire, frequently breached by both sides, has theoretically been in place.

"The army's offensive at the airport brought the fighting close to the big industrial city of Donetsk itself, centre of a pro-Russian separatist rebellion.

"Residents reported intensified outgoing shelling including from residential areas in central parts of the separatist-held city."

Sky News reports that "Houses were destroyed and electricity was cut for many homes and businesses as explosions ripped through parts of the Donetsk region."

Rebels at one point claimed to control the airport and about 10 Ukrainian tanks carrying reinforcements were seen rumbling toward the front lines, Sky says.

Pro-Russia media confirmed intense shelling of the airport. Russia Today quoted a leader of the self-proclaimed Donetsk People's Republic as saying "locals in Donetsk said they haven't hear such intensive shelling since summer."

Russia's Interfax news agency quotes a spokesman for President Vladimir Putin as saying that Moscow is "concerned" over the escalation of in eastern Ukraine and that it is "not conducive to resolving the conflict."