Accessibility links
Pope Francis Says Catholics Don't Need To Breed 'Like Rabbits' : The Two-Way On his return from a weeklong trip to Asia, Pope Francis emphasized the church's ban on artificial means of birth control and said Catholics should practice "responsible parenthood." 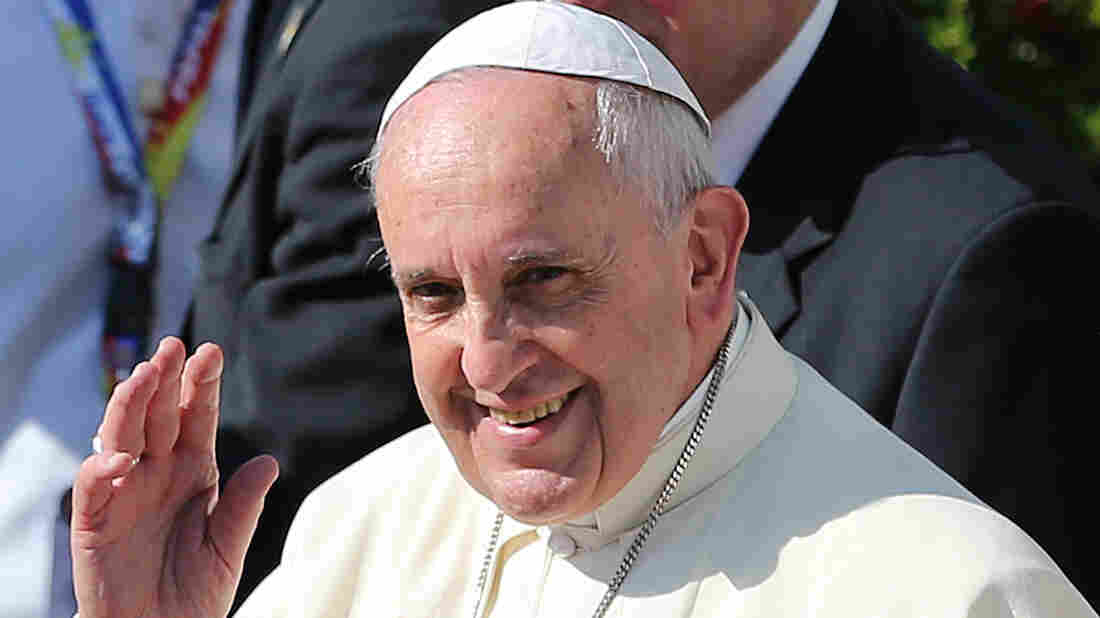 Pope Francis waves to the crowd in Manila, capital of the Philippines, before boarding his flight back to Rome on Monday. Aaron Favila/AP hide caption 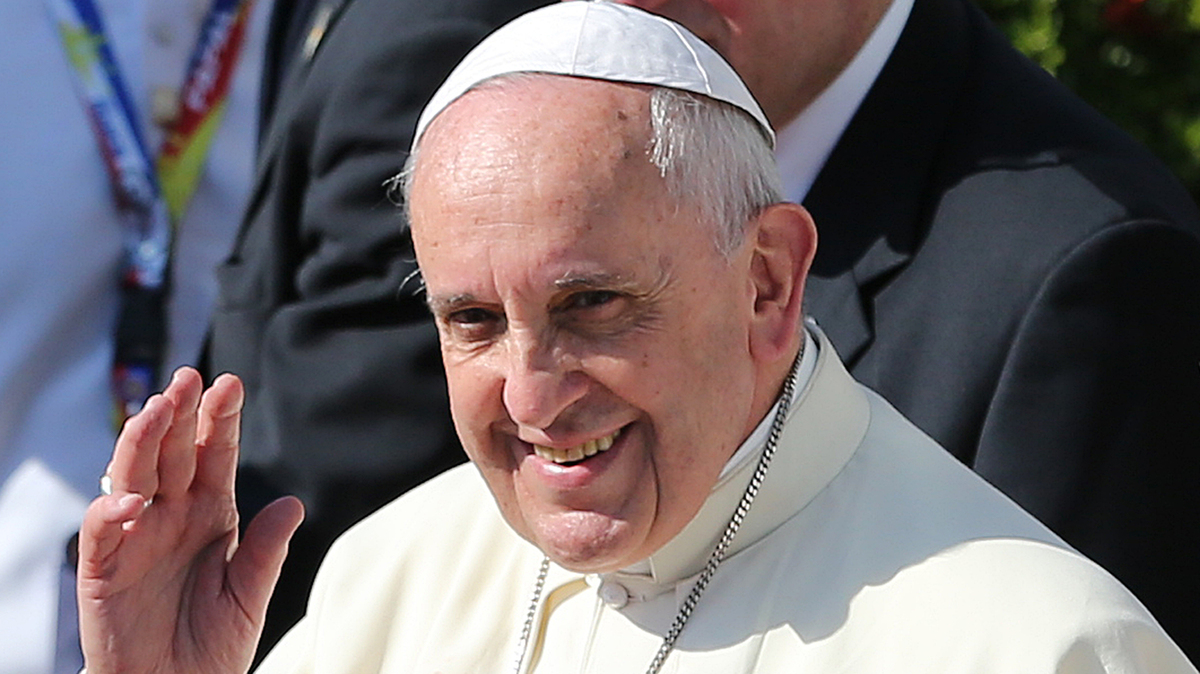 Pope Francis waves to the crowd in Manila, capital of the Philippines, before boarding his flight back to Rome on Monday.

On his return trip from Asia, Pope Francis made strong statements supporting the church's ban on artificial means of birth control. He also said Catholics should practice "responsible parenthood" and don't have to breed "like rabbits."

Speaking with reporters on a flight Monday from the Philippines to Rome, Francis encouraged the use of church-approved contraception.

The National Catholic Reporter says Francis "made what appears to be an unprecedented statement that Catholics may have a moral responsibility to limit the number of their children." It describes the pope's remarks this way:

"Telling the story of a woman he met in a parish in Rome several months ago who had given birth to seven children via cesarean section and was pregnant with an eighth, Francis asked: 'Does she want to leave the seven orphans?'

" 'This is to tempt God,' he said, adding later: 'That is an irresponsibility.' Catholics, the pope said, should speak of 'responsible parenthood.'

" 'How do we do this?' Francis asked. 'With dialogue. Each person with his pastor seeks how to do that responsible parenthood.'

" 'God gives you methods to be responsible,' he continued. 'Some think that — excuse the word — that in order to be good Catholics we have to be like rabbits. No.' "

Francis' comments in defense of the 1968 Humanae Vitae seem to show a more conservative side of a leader often perceived as more liberal than his predecessors.

Catholic News Service's Francis X. Rocca tells NPR: "I think partially the image of him as being more liberal is a mixed bag. To some extent it's accurate if we say liberal to mean more socially progressive, more egalitarian, more interested in social justice ... when it comes to social and moral issues, which are so touchy for a lot of people. Certainly Francis struck a note very early on when he talked about 'who am I to judge' [regarding gay priests] — which is a statement you have to read in context. But nevertheless he used the word 'gay,' and he did strike a note of new tolerance."

But Rocca says Francis also has aimed to reassure members of the flock that he is still in line with traditional Catholic values. "I think perhaps there is more of a new emphasis — and on this trip we saw it — on reassuring people that he is orthodox on these things."