Accessibility links
Yemen's President, Shiite Rebels Reportedly Strike Deal : The Two-Way The agreement, which would see the rebels withdraw from parts of the capital in exchange for concessions, could defuse a political crisis that has threatened the stability of a key U.S. ally. 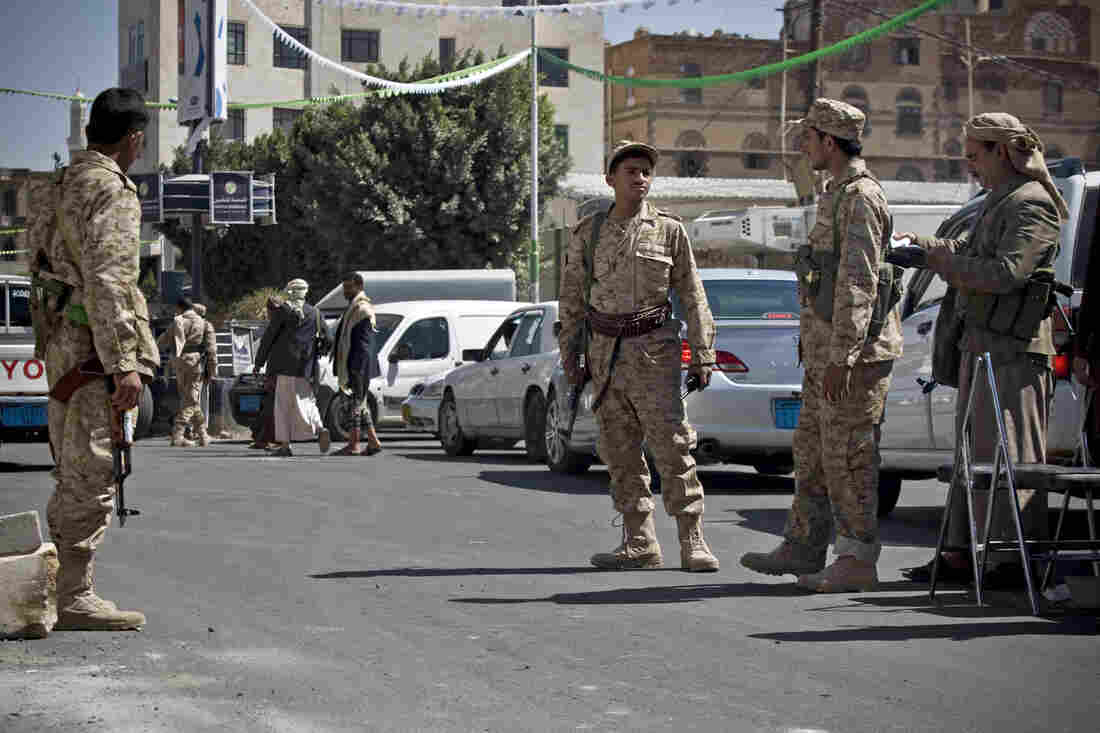 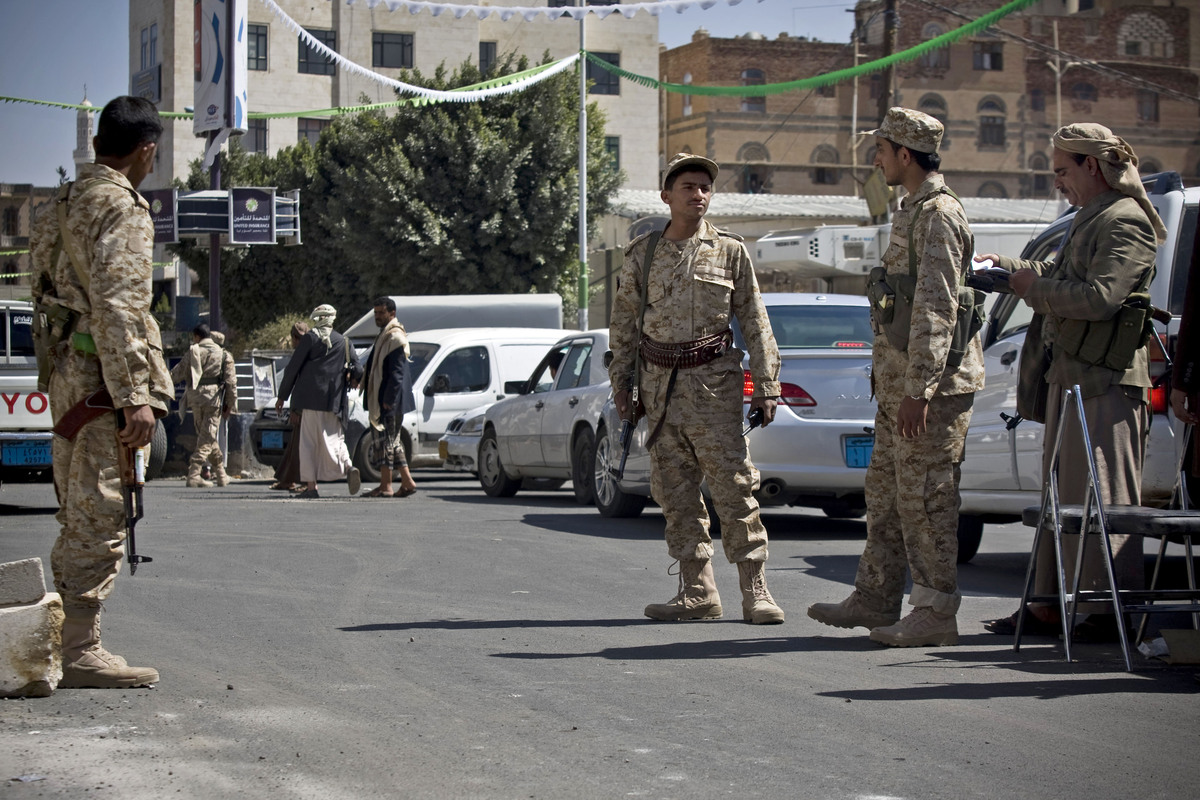 Yemen's besieged president appeared to have acceded to demands by Shiite Houthi rebels, potentially defusing a political crisis that has engulfed the U.S. ally.

The rebels had seized the presidential palace and surrounded President Abed Rabbo Mansour Hadi's home, which is in a different part of the city. Hadi himself was unharmed.

An apparent agreement was reported today by the official Saba news agency. The deal called for the Houthi rebels to withdraw from parts of the capital, Sana, including the presidential palace, and to free Hadi's chief of staff, Ahmed Awad bin Mubarak, who was abducted over the weekend.

In exchange, the news agency said, Hadi agreed to a list of concessions. In the past, the groups demands have included that the constitution be amended, with their representation in the parliament and in state institutions expanded.

Shiite Houthi rebels are in apparent control of all the major institutions in Yemen's capital, Sanaa, a day after they seized the presidential palace and shelled the residence of President Abed Rabbo Mansour Hadi.

The rebels took charge today of a military base that houses ballistic missiles, and they posted guards outside Hadi's residence, according to The Associated Press. The president is said to be unharmed and inside the house.

On Tuesday, rebels took control of the TV building and the official news agency and surrounded the prime minister's house.

Abdel-Malek al-Houthi, the Houthi leader whose followers regard him as a saint, in a televised address on Tuesday called the takeover a revolutionary move. The Associated Press reports that he said his group was merely forcing Hadi to implement a U.N.-brokered agreement that gave the Houthis more power.

Yara Bayoumy, a correspondent for Reuters in Sanaa, told NPR's David Greene that signs of Houthi control are apparent.

"When I went past President Hadi's home this morning, we first saw that the sentry posts where the presidential guard units would normally be were completely empty and, at the entrance of his home, there were a number of Houthi fighters with a military vehicle hanging around," she said.

She added: "In general, it would be accurate to say that the Houthis are in control of all of the major institutions in the capital."

The Houthis, who follow a strain of Shiite Islam that is close to the dominant Sunni strand of Islam, were created as a movement in 2004. They have called for greater autonomy for the north of Yemen and for the past year have pushed south toward the capital, capturing territory. The group is considered to be close to Iran. Last September, the Houthis reached Sanaa and took control of the city.

"When they took over the capital ... it really took everyone by surprise," Bayoumy said. "And I spoke to a diplomatic source. He told me if they were in control at 60 or 70 percent back in September, they are now 100 percent."

As NPR's Greg Myre reported, the Houthis and the government reached a deal after September's takeover that allowed the rebels to control parts of Sanaa.

Yemen is a key ally of the U.S. and was recently described by President Obama as a success story in the war on terrorism. Hadi has worked with the U.S. to target al-Qaida in the Arabian Peninsula, which is widely seen as the most dangerous al-Qaida franchise and which claimed responsibility for the deadly Jan. 7 attack on the French satirical weekly Charlie Hebdo.

The Houthis are apparently anti-U.S. — with "Death to America" and "Death to Israel" signs at their checkpoints — but they are also anti-al-Qaida and have been fighting the group in other parts of Yemen.

"They launched a major campaign against al-Qaida in the province of Beqaa," reporter Iona Craig told NPR's Audie Cornish on Tuesday. "And [there has also been] ... a sharp increase in attacks by al-Qaida targeting the Houthis and now trying to push Yemen into a second sectarian conflict."

Yemen, like much of the Muslim world, is predominantly Sunni. The Shiite Houthis live mostly in the north. In protests against the unrest, authorities in Aden, which is the main city in southern Yemen, closed the airport; the port in Aden was also closed.