Accessibility links
At Least 11 Israelis Stabbed Aboard Tel Aviv Bus : The Two-Way Three of those stabbed are said to have been seriously wounded. News reports say the assailant was shot in the leg while trying to escape. Israel is calling the incident a terrorist act. 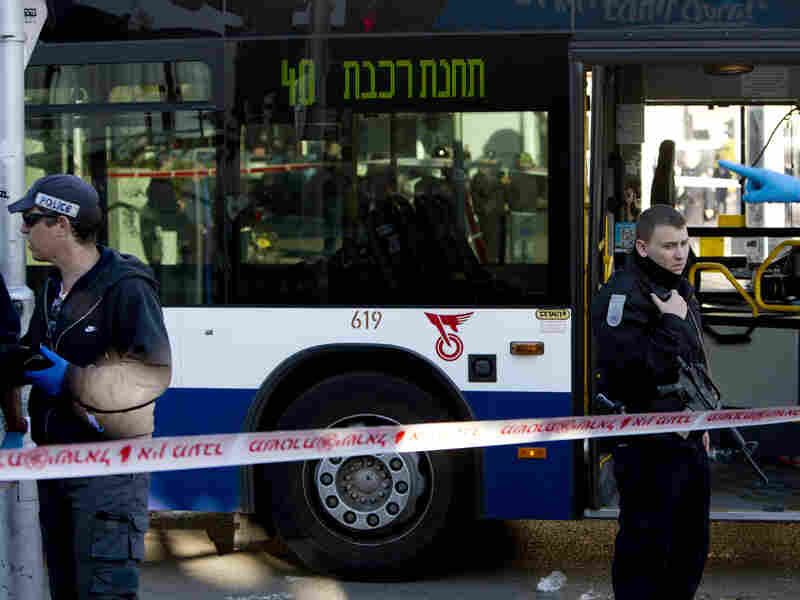 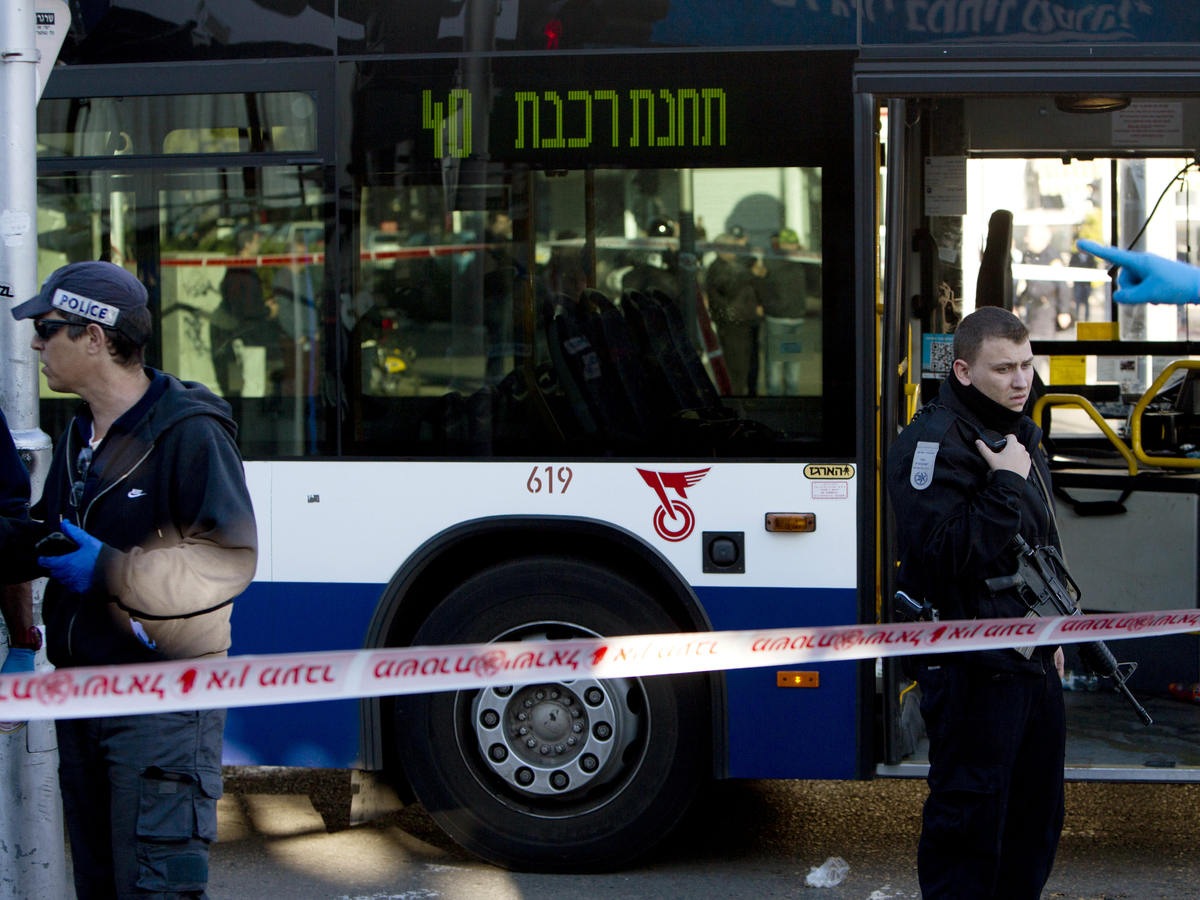 A Palestinian man is accused of stabbing at least 11 people on a bus in central Tel Aviv today, wounding three of them seriously, before he was shot in the leg by Israeli police who took him in for questioning.

The Associated Press, citing a hospital spokeswoman, said 11 people had been stabbed. But the newspaper Haaretz, citing the ambulance service, put the number at 12.

Haaretz identified the alleged attacker as a 23-year-old Palestinian named Hamza Mohammed Hasan Matrouk from the West Bank city of Tulkarem, who reportedly had entered Israel illegally. Matrouk was taken to a hospital for treatment and, the newspaper reported, for further questioning by police and by Shin Bet, Israel's internal security service. The newspaper quoted unnamed sources as saying the man did not belong to any Palestinian group.

But Israeli police spokesman Micky Rosenfeld described Matrouk as a "terrorist" and the stabbings as a "terrorist attack." The Associated Press quoted police as saying Martouk had confessed and that the attack was in response to last year's Gaza war, and to tensions surrounding a sacred site in Jerusalem that Jews call the Temple Mount and Muslims call the Noble Sanctuary.

Haaretz has more: "The attack took place on Bus number 40 on Menachem Begin Road, a major thoroughfare in Tel Aviv, near the Ma'ariv Bridge. Three other people were moderately wounded, and five of the casualties were in light condition, according to Magen David Adom emergency services. A further five were suffering from shock."

News reports say Matrouk boarded the bus at the Old Tel Aviv Central Bus Station and began stabbing people, including the driver, after the bus had passed two stops. He managed to get out and run before being chased down and shot in the leg, according to the reports, which say he will be taken to court in the city of Ariel.

The AP described the incident as the "latest in a series of 'lone-wolf' Palestinian attacks that have plagued Israel in recent months, killing about a dozen people, including five people killed with guns and meat cleavers in a bloody assault on a Jerusalem synagogue."

Hamas, the Palestinian militant group that controls the Gaza Strip, praised the attack but did not claim responsibility.