Accessibility links
Soccer Players End Lawsuit Over Artificial Turf At Women's World Cup : The Two-Way The suit accused the organizers of discrimination, saying elite men's teams would never be forced to play on an artificial surface instead of natural grass. The plaintiffs included Abby Wambach. 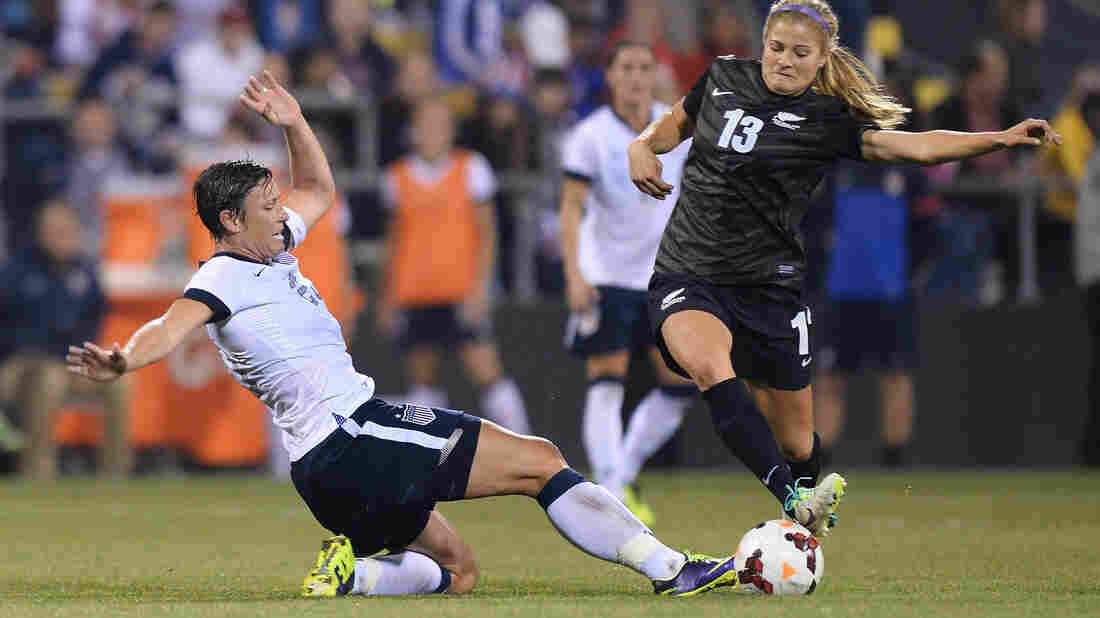 Dozens of elite women's soccer players have ended their fight against the use of turf at this summer's Women's World Cup. The plaintiffs included Abby Wambach, seen here in a 2013 US Women's National Team game. Jamie Sabau/Getty Images hide caption 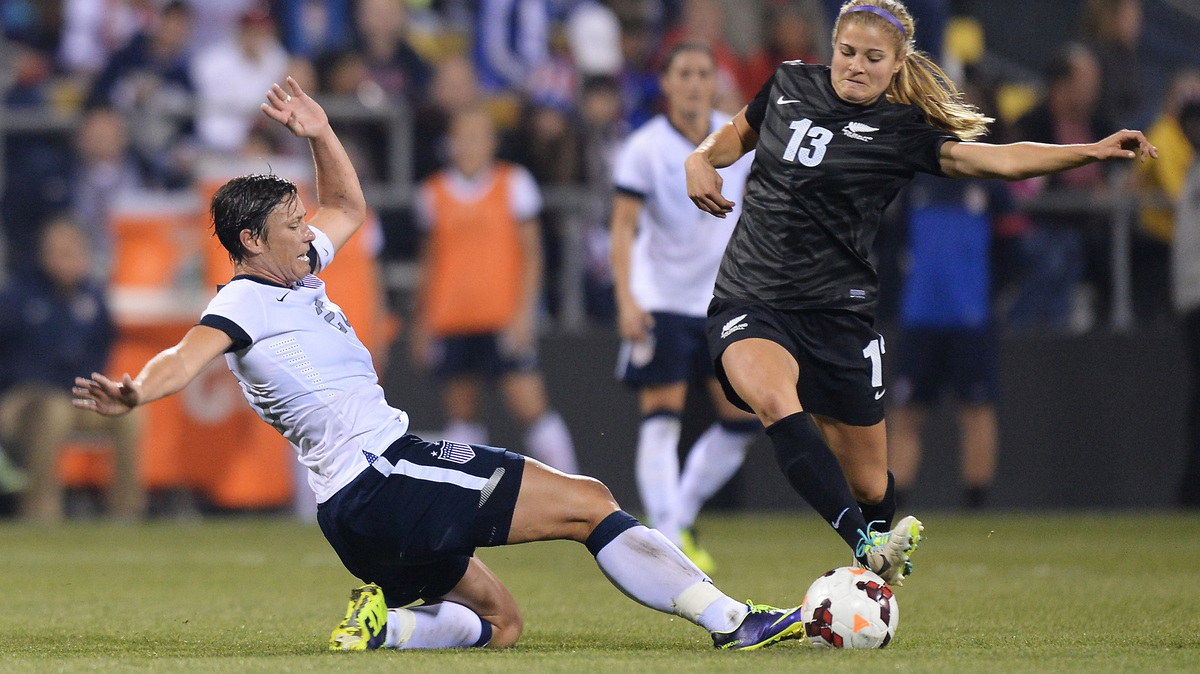 Dozens of elite women's soccer players have ended their fight against the use of turf at this summer's Women's World Cup. The plaintiffs included Abby Wambach, seen here in a 2013 US Women's National Team game.

A group of high-profile women's soccer players have withdrawn a lawsuit that fought FIFA and the Canadian Soccer Association's plan to use artificial turf at this summer's Women's World Cup. Stars such as Abby Wambach, Homare Sawa of Japan, and Marta of Brazil had backed the suit.

The lawsuit accused the organizers of discrimination, saying that elite men's teams would never be forced to play on an artificial surface instead of natural grass. The complaint was filed with the Human Rights Tribunal of Ontario.

Today, Wambach released a statement saying, "I am hopeful that the players' willingness to contest the unequal playing fields — and the tremendous public support we received during the effort — marks the start of even greater activism to ensure fair treatment when it comes to women's sports."

Tournament organizers had been adamant that the games will be played on artificial turf, refusing to negotiate or compromise after the suit was filed last fall.

The dozens of plaintiffs included U.S. Women's National Team player Heather O'Reilly, who told NPR that the plan to use fake grass "is a blatant demonstration of FIFA not placing the women side by side with the men. You know, many men's players refuse to play on artificial turf, actually, and the thought of it being played in the World Cup is almost laughable."

The matches will begin in June, and the organizers' unwavering stance had forced some players to acknowledge that they weren't willing to sit out the premiere event in their sport.

Women's soccer news site The Equalizer sums up the situation:

"Players were denied an expedited hearing on the case – which was needed since the World Cup kicks off on June 6 – and the Canadian Soccer Association rejected the Tribunal's proposal for mediation. FIFA continually rejected to acknowledge the legal battle, saying it hadn't been properly served papers. In December, before the World Cup draw, FIFA secretary general Jérôme Valcke became visibly heated in a press conference, calling claims of discrimination 'nonsense.' "

In October, Heather O'Reilly said that playing games on an artificial surface will increase the risk of injury and change how the games are played:

"Slide tackling on grass - you know, you get up, you shake the grass off, get the dirt off. On turf unfortunately, a little layer of your skin comes up with every slide tackle so you get turf burns. Those diving headers that are so exciting on the world stage aren't going to happen on artificial turf because you can get injured. So it changes the game quite a bit - one on the injury side. Two - it changes the game just on the soccer end. The ball just moves quite a bit faster on turf so you know, it's out of bounds a lot, there's a lot of throw-ins, things like that. And it's also quite a bit more bouncy. It doesn't roll as easily as it may on grass and it just loses the rhythm of the game and the fluidity of the game."