Accessibility links
Shouts Of Protest At Supreme Court On 'Citizens United' Anniversary : The Two-Way The day's session had just begun when protesters in the back of the chamber began yelling things like, "One person, one vote" and "We are the 99 percent." 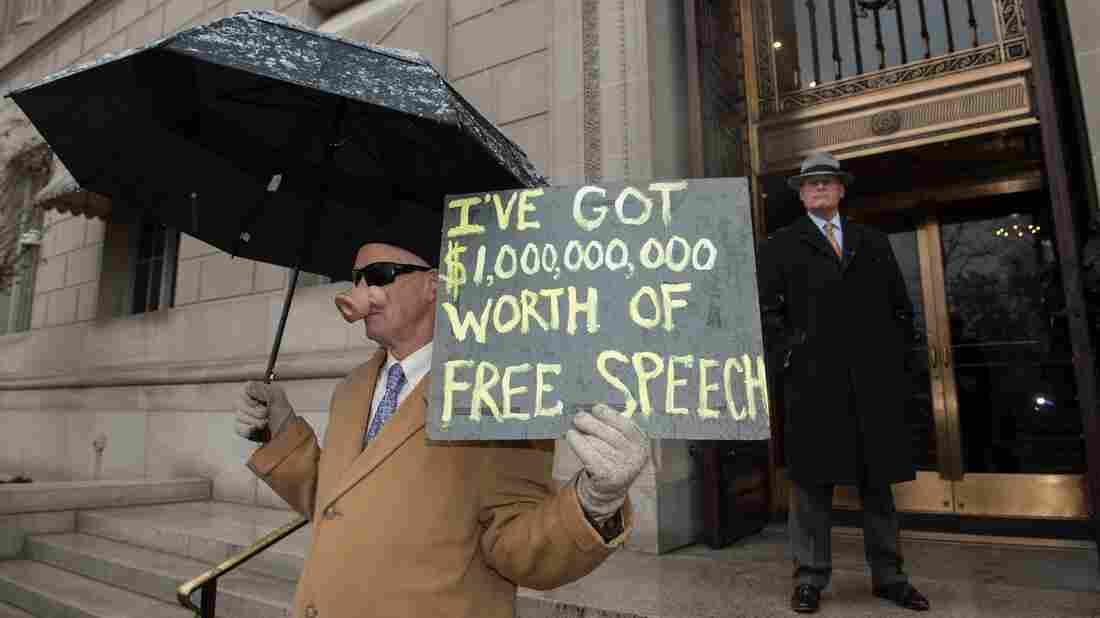 A demonstrator rallies outside the U.S. Chamber of Commerce against the Supreme Court's decision in favor of Citizens United five years ago. Eight protesters at the Supreme Court were arrested and charged. Nicholas Kamm/AFP/Getty Images hide caption 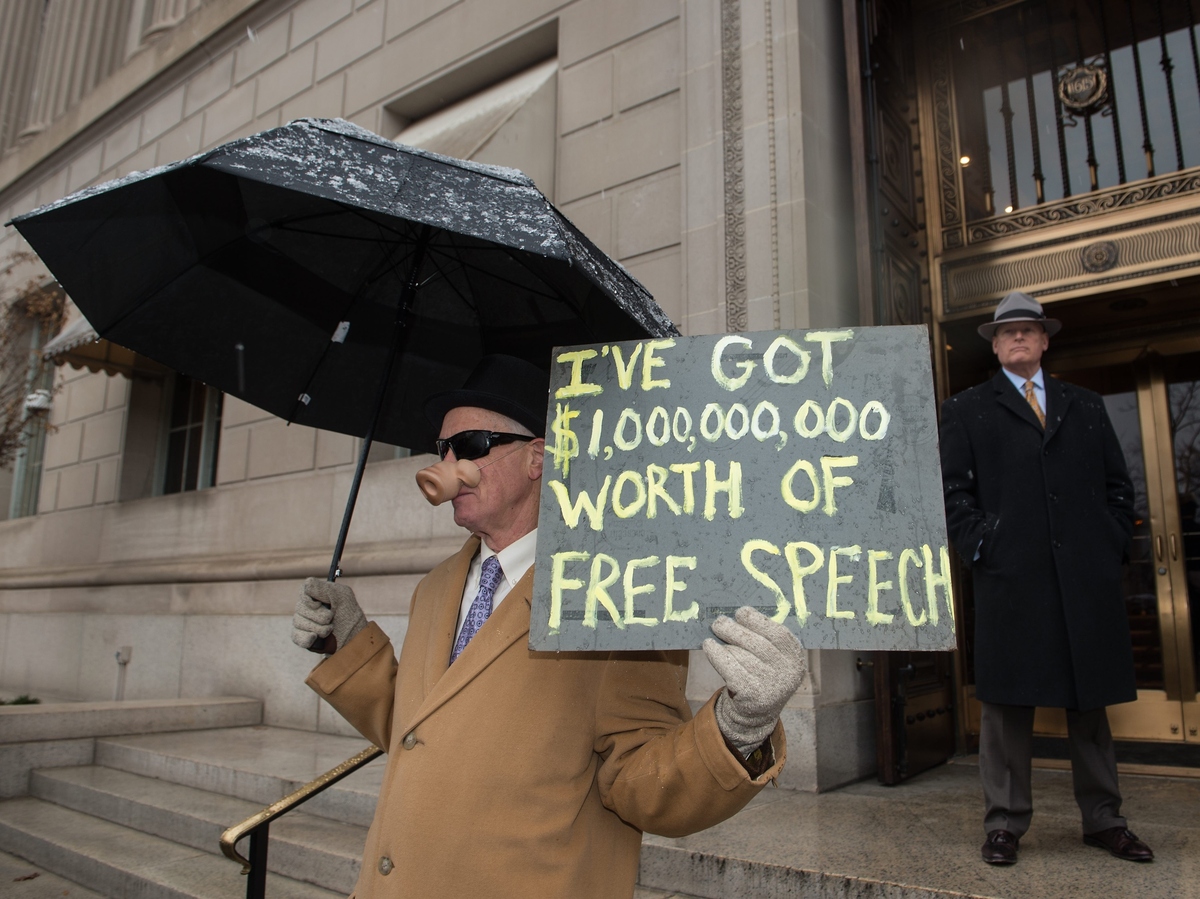 Overturned chairs and shouts of protest briefly shattered the formality and calm of the U.S. Supreme Court this morning.

The session had just begun when protesters in the back of the chamber began yelling things like, "One person, one vote," "We are the 99 percent," "Money is not speech," and "Overturn Citizens United." This last was a reference to the Court's 2010 decision, issued on this day five years ago. That decision struck down limits on corporate and union campaign spending, uncorking a flood of campaign cash.

Today's spectacle soon became even more bizarre. It sounded like loud drums banging as galvanized guards overturned chairs in the rush to get to the protesters, tackle them and hustle them out.

When the commotion subsided, Chief Justice John Roberts looked out over the courtroom with a tiny smile and puckishly announced, "Our second order of business ..."

But the protest was not over. More shouters stood, only to be hauled out, with the chief justice helpfully pointing out to the guards that "there are a couple more over there."

By then the chief justice was not amused, declaring, "We will now continue our tradition of having open court in the Supreme Court building."

In all, eight protesters were arrested and charged, and the court moved on to the business of the day — announcing opinions and hearing oral arguments.

Protests are extremely rare at the high court. The most famous was in 1983, when Hustler publisher Larry Flynt was hauled out as he shouted obscenities at the justices.

The White House released a statement from President Obama today, saying the Citizens United decision "has caused real harm to our democracy."