Accessibility links
Yemen's President, Cabinet Resign Amid Political Chaos : The Two-Way The resignations compound a political crisis that began earlier this week when Shiite Houthi rebels took control of much of the capital, Sanaa, and surrounded the president's residence. 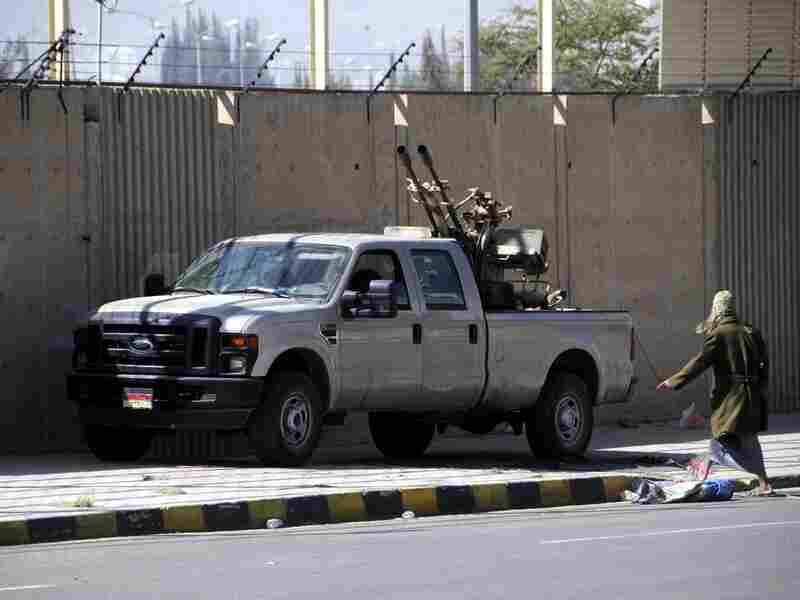 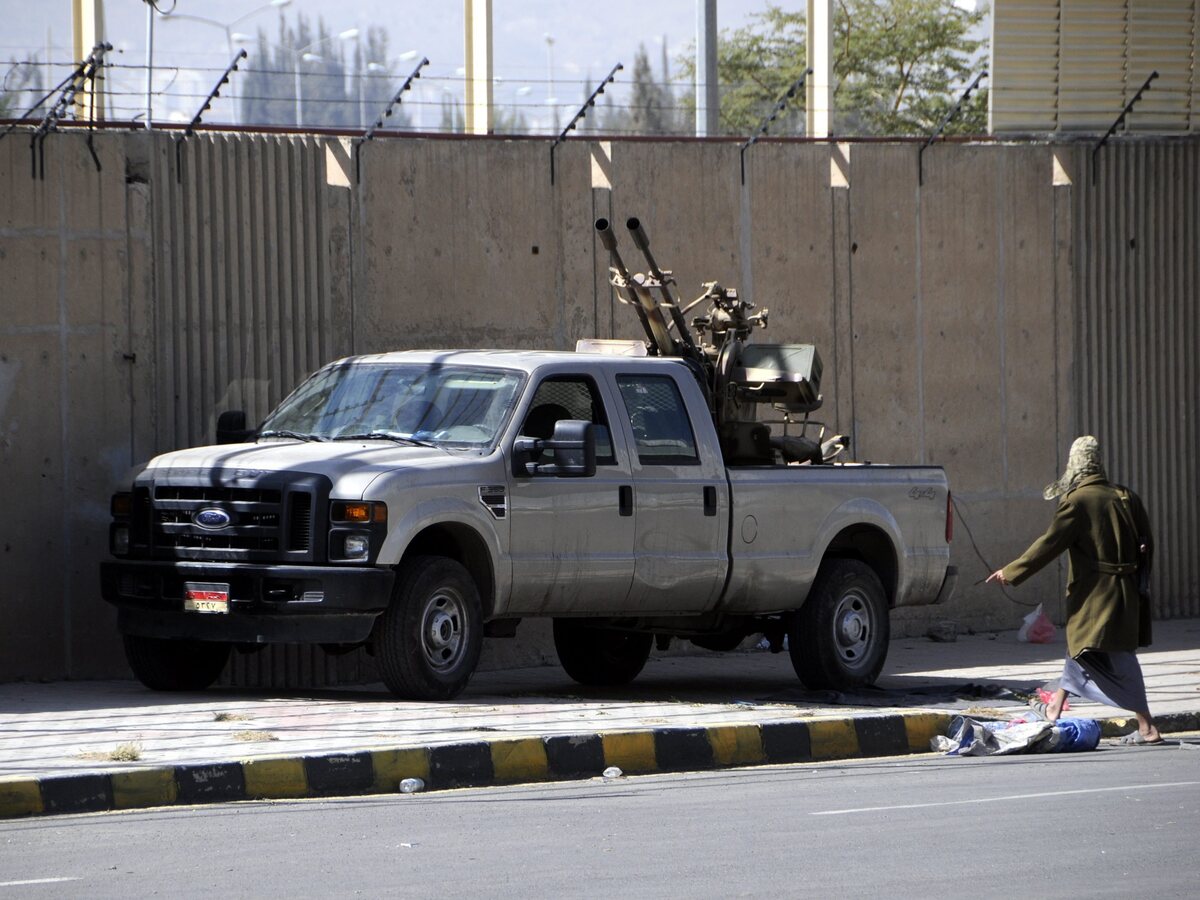 Houthi fighters stand guard outside the presidential palace in Sanaa, Yemen, on Thursday.

"While the Embassy remains open and is continuing to operate, we may continue to re-align resources based on the situation on the ground."

Yemen's President Abed Rabbo Mansour Hadi, his prime minister and Cabinet have all resigned, compounding a political crisis that began earlier this week when Shiite Houthi rebels took control of much of the capital, Sanaa, and surrounded the president's residence.

"Military officials close to the president said Hadi resigned after the Houthis pressured him to give a televised speech to calm the streets. They said the Houthis also demanded appointments in his own office, the Defense Ministry and provincial capitals, demands Hadi rejected."

Al Arabiya reported that Parliament rejected Hadi's resignation, adding that the chamber will hold an emergency session Friday to discuss the crisis. But the AP, citing Yemeni law, said Parliament Speaker Yahia al-Rai is next in line to the presidency. He is an ally of President Ali Abdullah Saleh, who was ousted in 2012.

Saying that American agencies are "still assessing the implications" of the political transition, White House Press Secretary Josh Earnest said today that the U.S. is urging peaceful change in Yemen.

He added that the safety of American diplomats and others remains the top priority, with a pool report quoting Earnest saying, "The president's being regularly briefed on that security situation, as well."

Bahah's Cabinet was formed in November after a U.N.-brokered deal, which followed the initial takeover of Sanaa by the Houthis in September.

Bahah said on Facebook that he resigned to "avoid being dragged into an abyss of unconstructive policies based on no law." The translation was provided by the AP.

Katie Riordan, who is reporting from Sanaa, tells our Newscast unit that ordinary Yemenis are taking the events in stride.

Today's developments come despite reports Wednesday of a deal under which the Houthis apparently agreed to withdraw from parts of Sanaa, including from Hadi's house, and to free his chief of staff, Ahmed Awad bin Mubarak, who was abducted over the weekend. In exchange, Hadi was reported to have agreed to concessions. In the past, the Houthis have demanded that the constitution be amended, and their representation in Parliament and state institutions expanded.

But as we noted earlier today, heavily armed rebels were stationed outside Hadi's home, west of Sanaa. There also appeared to be no sign that the rebels had freed Mubarak.

Here's some background to this week's violence in Sanaa:

"The Houthis, who follow a strain of Shiite Islam that is close to the dominant Sunni strand of Islam, were created as a movement in 2004. They have called for greater autonomy for the north of Yemen and for the past year have pushed south toward the capital, capturing territory."

The unrest raises questions about the future of Yemen, a key U.S. ally in the war on terrorism. The country is home to al-Qaida in the Arabian Peninsula, regarded as the most successful al-Qaida franchise. Although the Shiite Houthis are opposed to al-Qaida and are battling them across the country, the group is also opposed to the U.S. and is said to be backed by Iran.