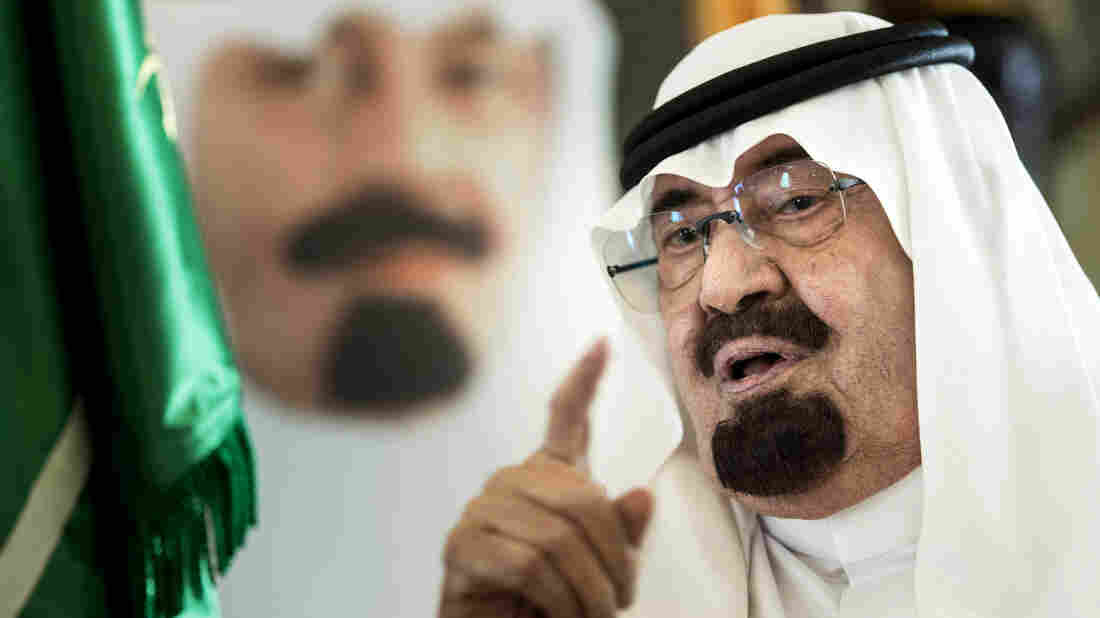 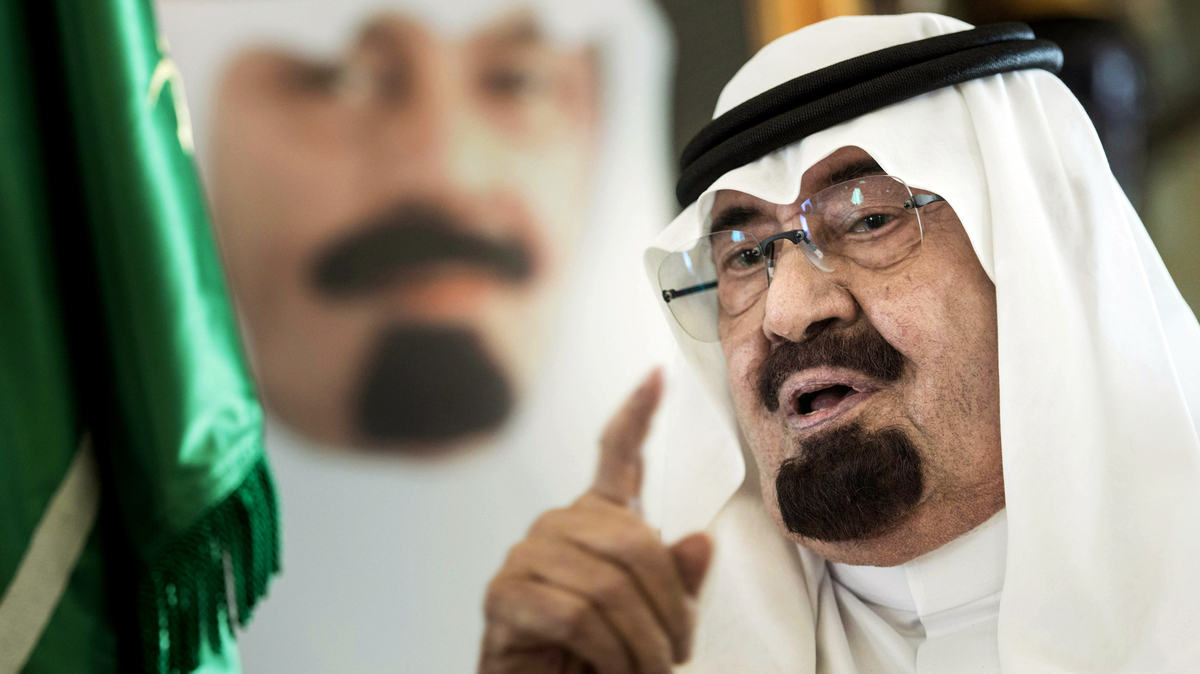 Saudi Arabia's King Abdullah has died. The health of Abdullah bin Abdulaziz al-Saud had previously been the subject of rumors; word emerged earlier this month that he was indeed ill with a lung infection.

Abdullah was 90 years old. He ruled Saudi Arabia for nearly 10 years, having assumed the throne after his brother King Fahd died in 2005.

The kingdom's new ruler is King Salman, Abdullah's half-brother, according to state TV. Salman is reportedly 79.

The news has just emerged. We'll update this post as we learn new details.

"Abdullah was born before Saudi Arabia was even a country," NPR's Kelly McEvers reports for our Parallels blog.

But in his lifetime, he saw the country rise to prominence — thanks to the discovery in 1938 of massive oil reserves.

Abdullah's death comes as Saudi Arabia faces two difficult tasks: insulating itself from the civil unrest and terrorist violence that have beset other countries in the region; and maintaining its primacy in the world's oil market.

Vice President Joe Biden will lead a presidential delegation to pay respects in Saudi Arabia, according to a White House press release.

"I always appreciated his frankness, his sense of history, his pride in his efforts to move his country forward, and his steadfast belief in the U.S.-Saudi relationship," Biden said in the release.

The funeral is scheduled for Friday afternoon in Riyadh; the leaders of Jordan and Egypt both announced plans to cut short their time at the World Economic Forum to attend, and Jordan announced 40 days of morning, Saudi newspaper Al Arabiya reports.

"It is with deep respect that I express my personal condolences and the sympathies of the American people to the family of King Abdullah bin Abdulaziz and to the people of Saudi Arabia," President Obama said in a statement released by the White House tonight.

The statement credits Abdullah with taking "bold steps in advancing the Arab Peace Initiative, an endeavor that will outlive him as an enduring contribution to the search for peace in the region."

It adds, "At home, King Abdullah's vision was dedicated to the education of his people and to greater engagement with the world."

Obama concludes, "The closeness and strength of the partnership between our two countries is part of King Abdullah's legacy. May God grant him peace."

Noting that Abdullah became de facto ruler of the Kingdom of Saudi Arabia in 1995 when his predecessor, King Fahd, suffered a stroke, Al Jazeera English explores the ruler's reputation as a reformer in his conservative government, noting his work to stimulate growth in the Saudi private sector.

"He also paved the way for municipal elections, granted women the right to vote and to run for office, and issued them with ID cards, allowing them for the first time to do business without the involvement of a male guardian."

Abdullah's recent illness forced him into a hospital — and led him to miss delivering an annual address to the country earlier this month. Instead, his half-brother, the then-Crown Prince Salman, stepped in to give the speech, as NPR's Michele Kelemen reported.

"Today, as you know, your country is facing unprecedented regional challenges," Salman told Saudi Arabia's citizens. "That should make us cautious, and I would like to assure you that your leadership is aware of these challenges and their consequences." 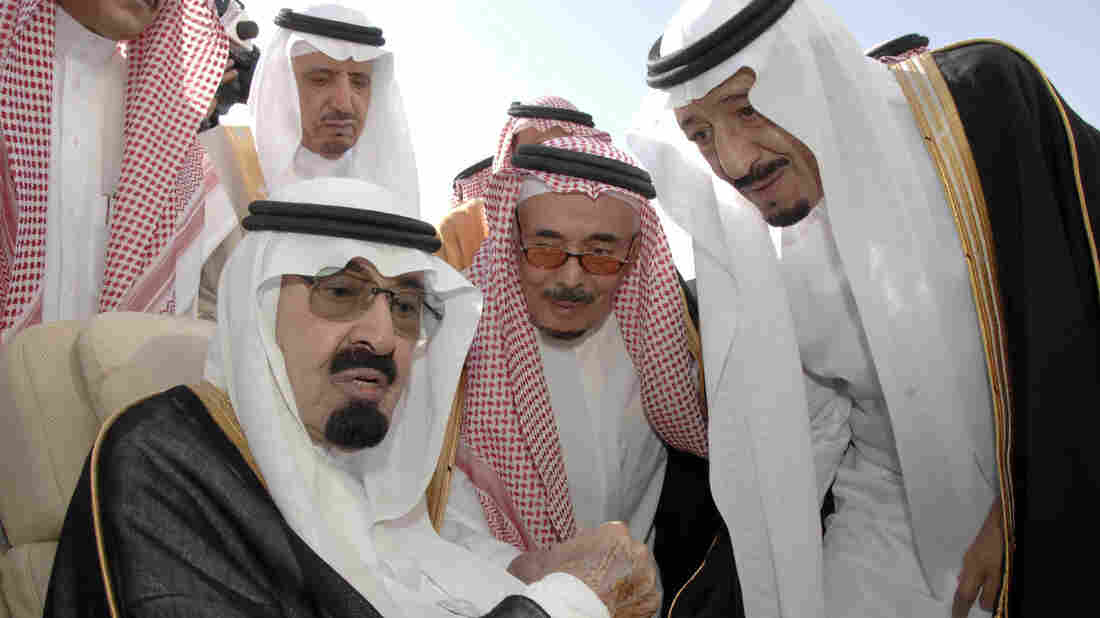 Saudi Arabia's King Abdullah, left, speaks in 2010 with Prince Salman bin Abdel Aziz, the Saudi King's brother and Riyadh Governor, right. With Abdullah's death on Thursday, Prince Salman, the king's 79-year-old half-brother, will ascend to the throne. He recently had been leading in the ailing king's stead. AP hide caption 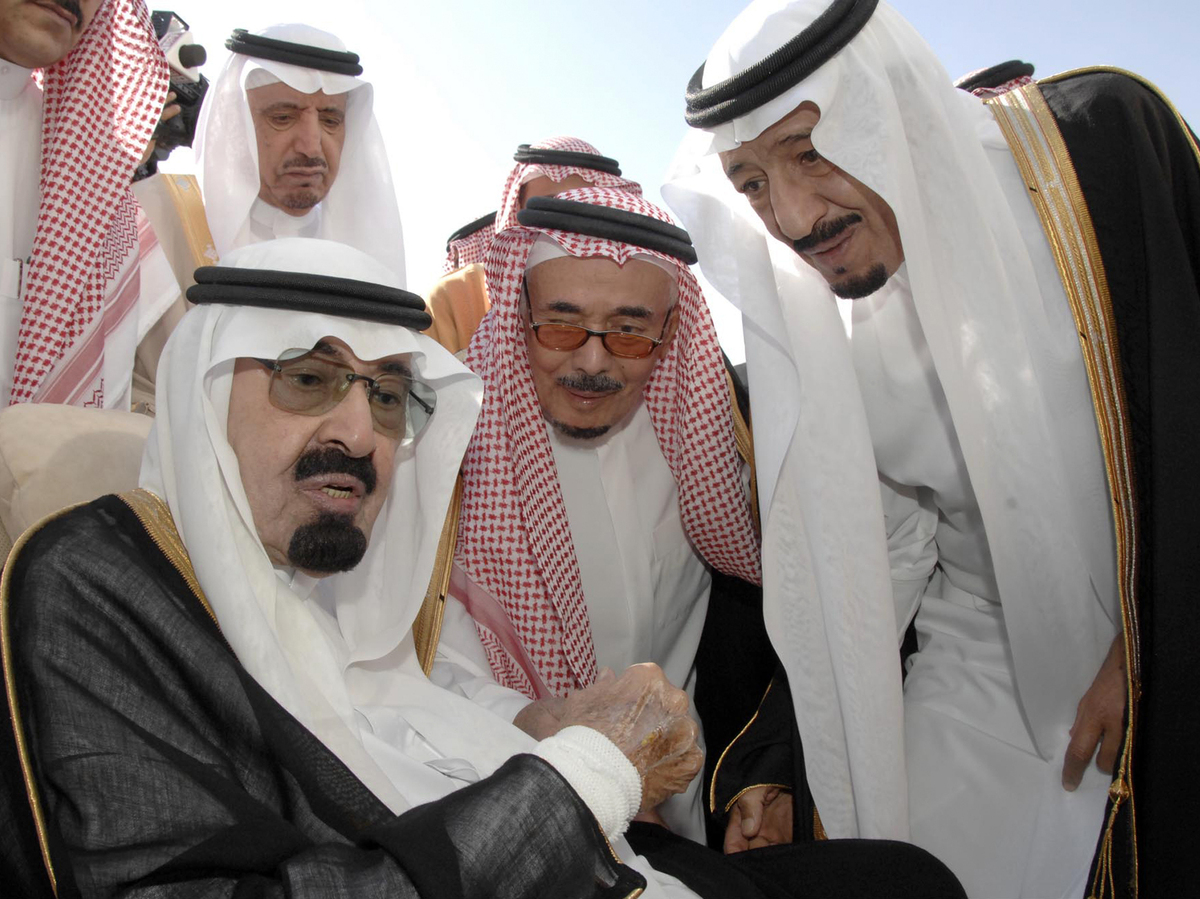 Saudi Arabia's King Abdullah, left, speaks in 2010 with Prince Salman bin Abdel Aziz, the Saudi King's brother and Riyadh Governor, right. With Abdullah's death on Thursday, Prince Salman, the king's 79-year-old half-brother, will ascend to the throne. He recently had been leading in the ailing king's stead.