Accessibility links
Fate Of Japanese Hostages Unclear After Islamic State's Deadline Lapses : The Two-Way A video purportedly by the militants says "the countdown has begun." Japan says it's still trying to secure Haruna Yukawa and Kenji Goto's release. The Islamists want $200 million for their release. 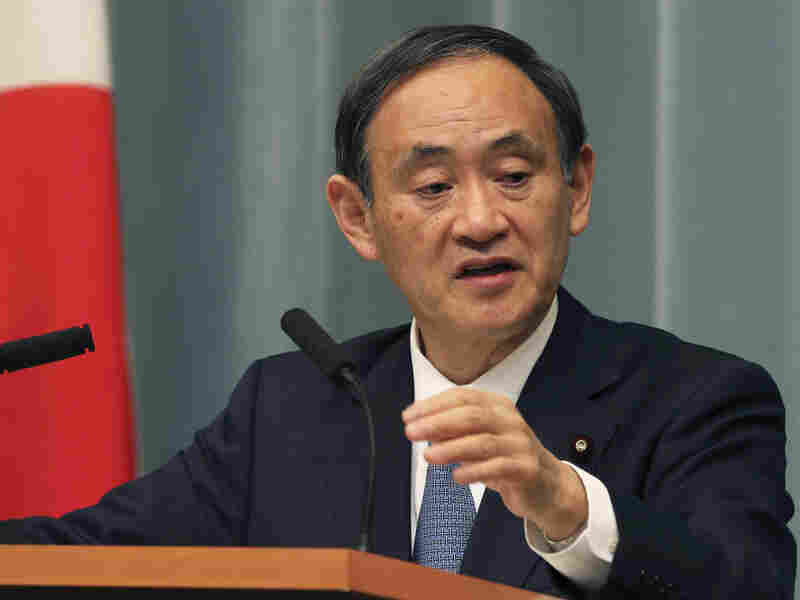 Japan's Chief Cabinet Secretary Yoshihide Suga says the government is working to secure the release of Haruna Yukawa and Kenji Goto. A deadline imposed by the so-called Islamic State for the men's release has lapsed. Koji Sasahara/AP hide caption 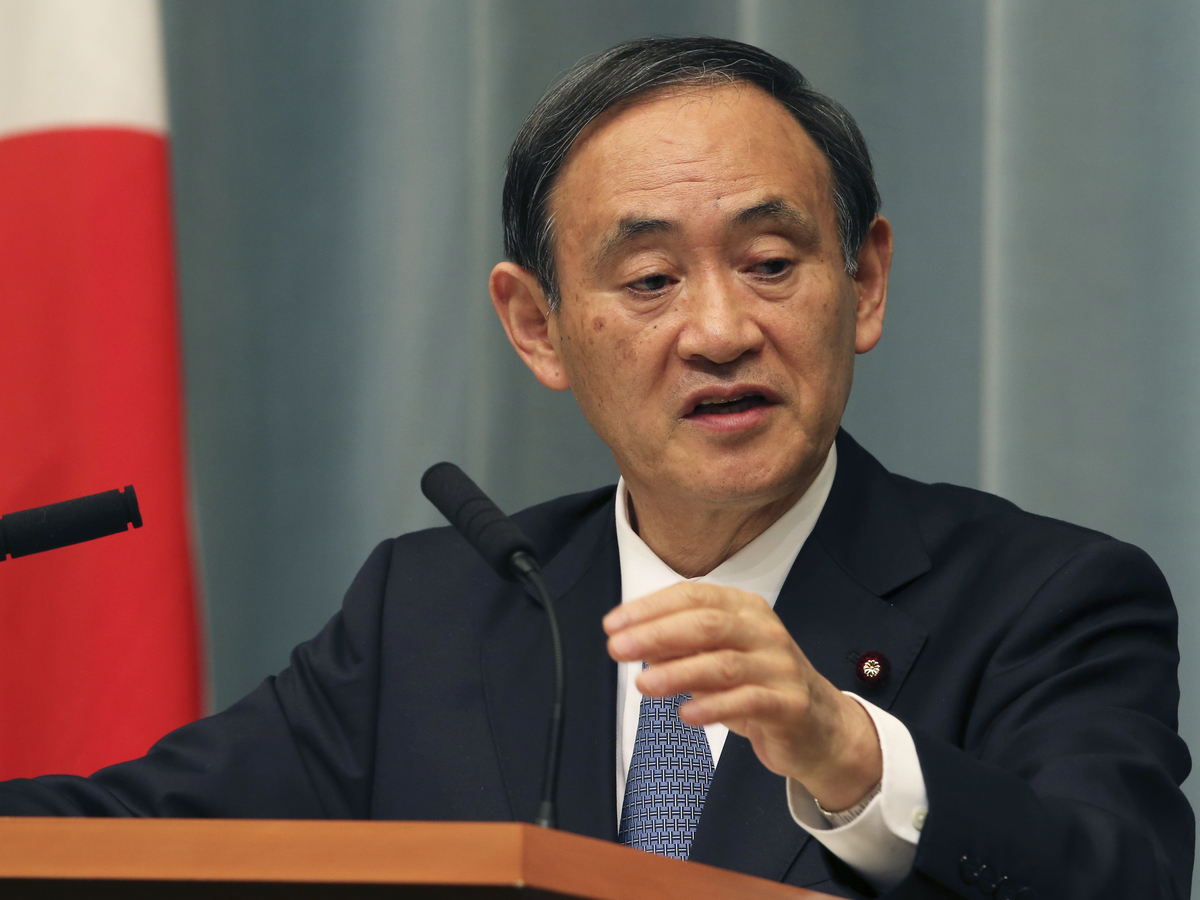 Japan's Chief Cabinet Secretary Yoshihide Suga says the government is working to secure the release of Haruna Yukawa and Kenji Goto. A deadline imposed by the so-called Islamic State for the men's release has lapsed.

The fate of two Japanese hostages threatened with death by the self-styled Islamic State is unclear after the expiration of a 72-hour deadline imposed by the militants for Japan to pay $200 million to secure its citizens' release.

The Associated Press and Japanese news organizations are reporting that the militants posted a video today with a warning that "the countdown has begun." The AP adds: "The posting which appeared Friday shows a clock counting down to zero along with gruesome images of other hostages who have been beheaded by the Islamic State group."

Japan's government said it was continuing efforts to reach the militants to secure the release of Haruna Yukawa, a contractor, and freelance journalist Kenji Goto. When asked about the video at a news conference, Chief Cabinet Secretary Yoshihide Suga said: "The situation is still difficult, but we'll do our utmost to ensure the release of the hostages as soon as possible."

The Yomiuri Shimbun reports that at another news conference today, Suga was asked about the safety of the hostages. He replied: "We have various information, but have not confirmed [the safety of the two]."

The newspaper reported that he did not make it clear whether the government had contacted the Islamic State.

Suga did say the government hadn't received any new messages from the militant group. The Yomiuri Shimbun reports that the Japanese government had tried contacting the Islamic State, which is also known as ISIS or ISIL, via tribal leaders in the Middle East as well as countries at the U.N.

As we reported earlier this week, the Islamic State, in its video threatening the two hostages, Goto and Yukawa, directly addressed Japanese Prime Minister Shinzo Abe, who was visiting the region. The $200 million sum demanded by the group is equivalent to the amount Japan pledged in nonmilitary aid to countries in the region facing threats from the Islamic State.

At another news conference today, Goto's mother, Junko Ishido, urged the militants to release her son, and urged the Japanese government to do all it can.

"To the people of the Japanese government, please save Kenji's life," a tearful Ishido said.

Goto was last heard from in October when he said he was in Syria. He has been described as someone with "a reputation for reporting from some of the world's most inhospitable places. He has written books on the impact of Aids on Africa and been on assignment for several of Japan's main news broadcasters in Afghanistan, Somalia, Iraq and other hot-spots across Africa and Asia."

Here's what we know about Yukawa, who was captured last August: He's often described in news reports as a self-employed contractor, but the AP calls him an "adventurer fascinated by war." A recent Reuters profile chronicled how Yukawa came to be a hostage. Here's an excerpt:

"Changes in Yukawa's life in suburban Tokyo had been fast and disorienting. Over the past decade, he had lost his wife to lung cancer, lost a business and his house to bankruptcy and been forced to live in a public park for almost a month, according to Yukawa's father and an online journal he maintained.

"The hard times led to soul searching. By his own account, he had changed his name to the feminine-sounding Haruna, attempted to kill himself by cutting off his genitals and came to believe he was the reincarnation of a cross-dressing Manchu princess who had spied for Japan in World War Two."

The entire piece is worth a read.