Accessibility links
Thai Lawmakers Vote To Impeach Ousted Premier : The Two-Way Yingluck Shinawatra, whose government was removed from office in a military coup in May, has been accused of criminal negligence related to a failed program to prop up the price of rice. 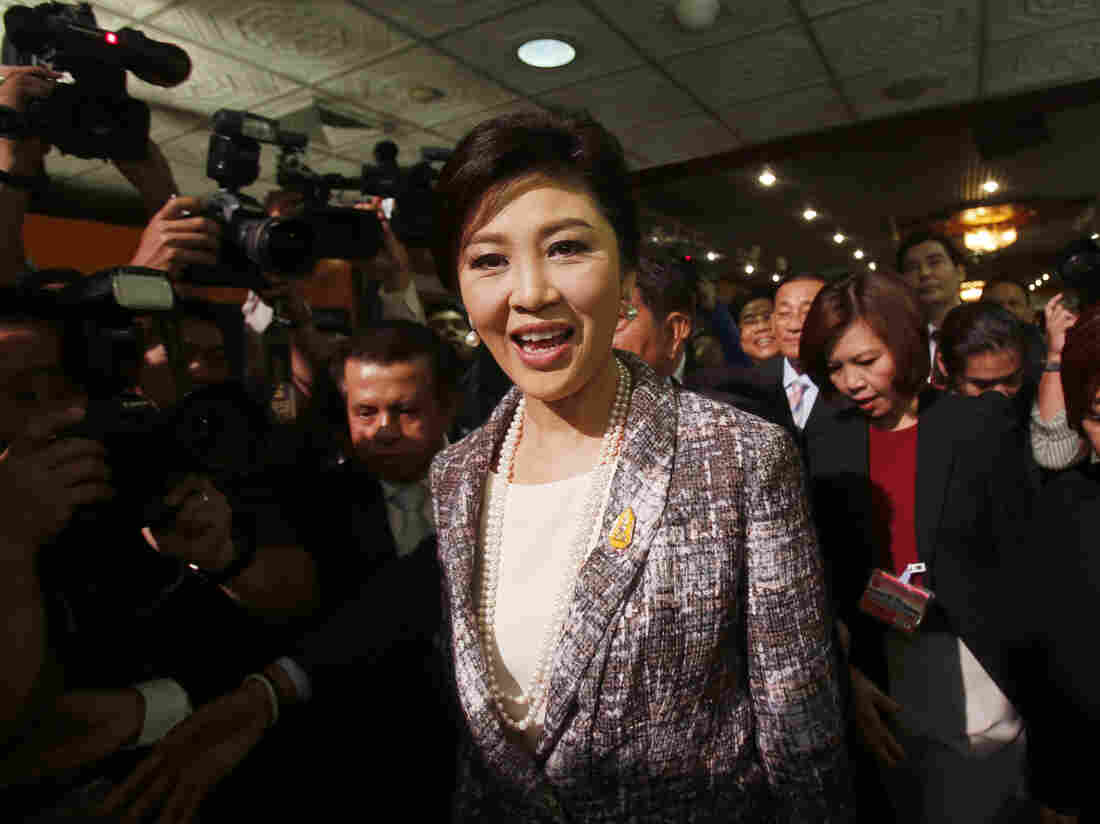 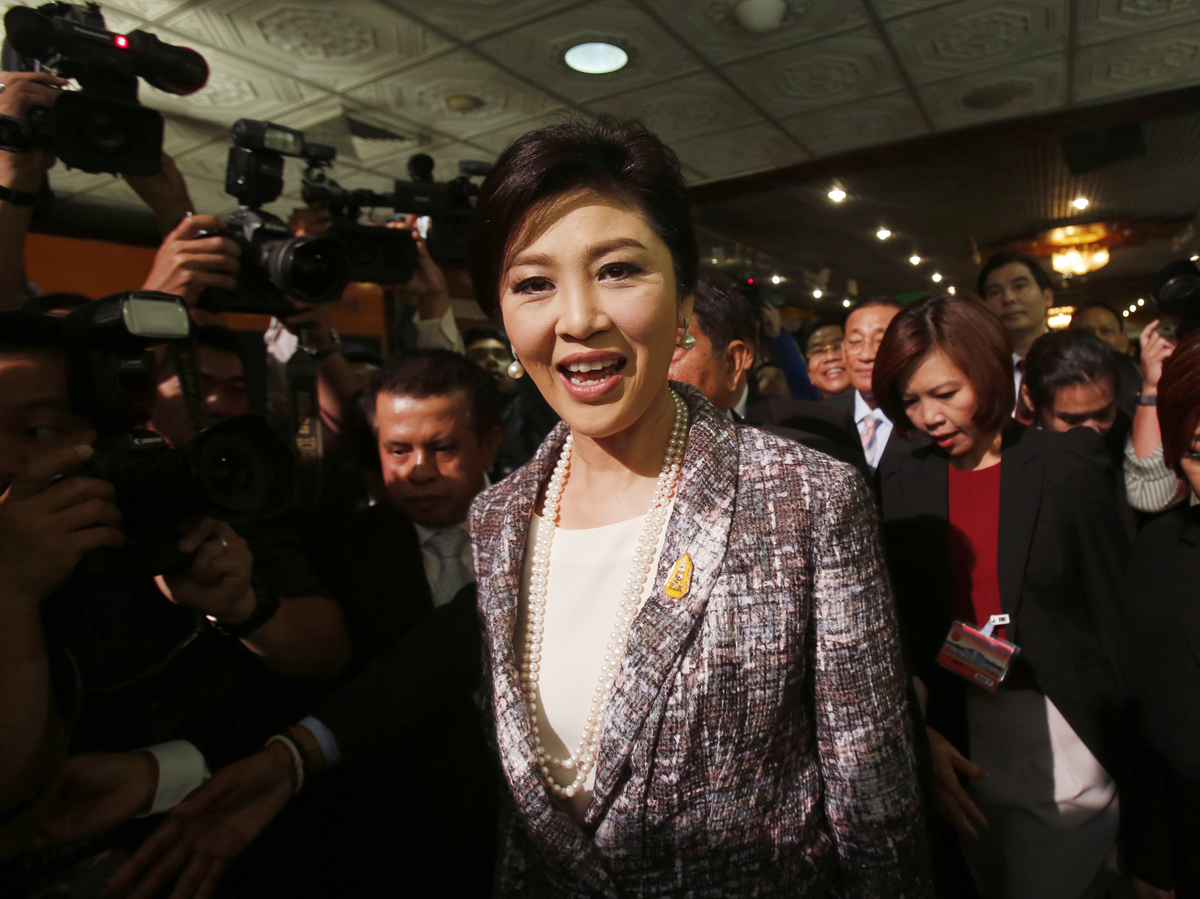 Thai legislators installed by the country's military junta have voted to impeach ousted Prime Minister Yingluck Shinawatra on charges of criminal negligence related to her government's failed effort to prop up the price of rice.

The premier, who was removed from office by a Thai court days before the rest of her government was swept from power in a military coup last May, was also banned from politics for five years — a move widely seen as an effort to nullify the threat she and her popular brother, former Prime Minister Thaksin Shinawatra, pose to the current regime. Thaksin was ousted by a similar coup in 2006.

"Democracy has died in Thailand today, along with the rule of law," Yingluck said in a statement released on her Facebook page after the decision of the National Legislative Assembly.

"The move to destroy me is still on-going and I face it now," she wrote in a translation by The Bangkok Post. "(But) I am strongly determined to fight until the end to prove my innocence, regardless of what the outcome may be."

Yingluck, whose party has won every election since 2001, has been living in self-imposed exile, mainly in Dubai, since the coup. However, she was present in Thailand for the legislature's decision. If found guilty, she faces a possible 10-year jail sentence.

As Reuters notes: "The moves could stoke tension in the politically divided country still living under martial law after the military seized power."

The rice subsidy program that landed Yingluck in hot water was "a popular but troubled scheme to pay farmers double the market price for their rice crop. The scheme is believed to have incurred losses of around £10bn ($15 billion)," according to The Guardian.

However, since the former leader's electoral base is concentrated in the country's rice-growing northeast, many in Thailand viewed the program as a give-away to supporters.

Even so, the current government led by Prime Minister Gen. Prayuth Chan-ocha, who led the May coup, has offered similar subsidies to rubber growers in the country's south, an area from where he draws support. On Thursday, Prayuth's government ordered banks to provide business owners nearly a billion dollars to buy natural rubber from farmers in an effort to boost prices.