Accessibility links
Chicago Cubs Legend Ernie Banks, 1st Black Player In Team History, Dies : The Two-Way The shortstop known as "Mr. Cub," who began his career in the Negro leagues, hit 512 home runs in his 19 seasons with the team and remained a cherished figure to the team and its fans. He was 83. 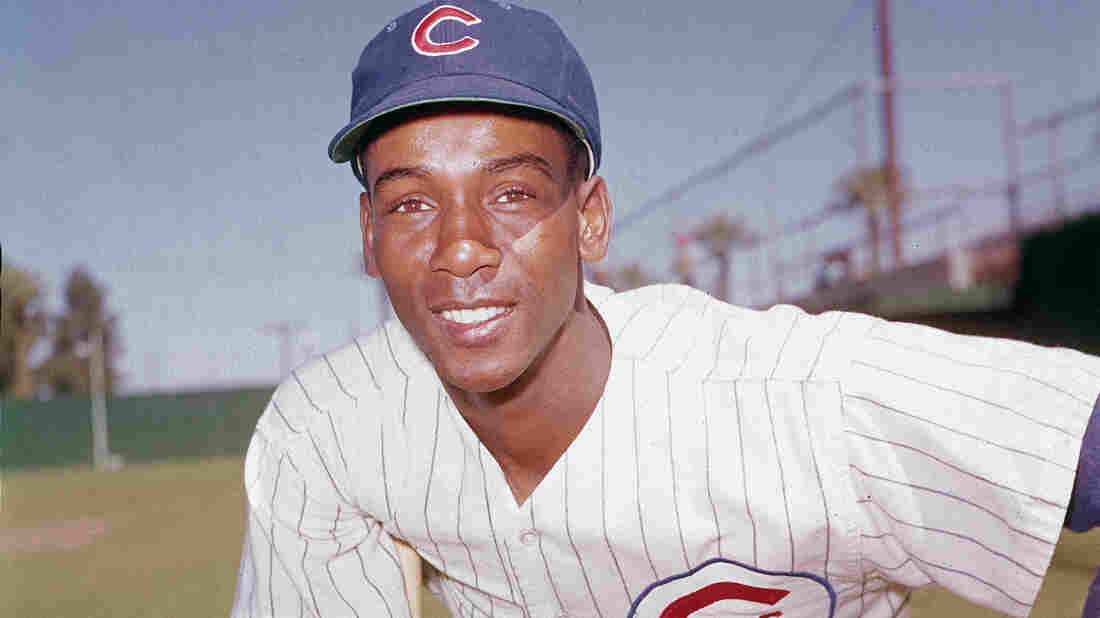 The Chicago Cubs' Ernie Banks poses in 1970. The Cubs announced Friday night that Banks had died. The team did not provide any further details. Banks was 83. AP hide caption 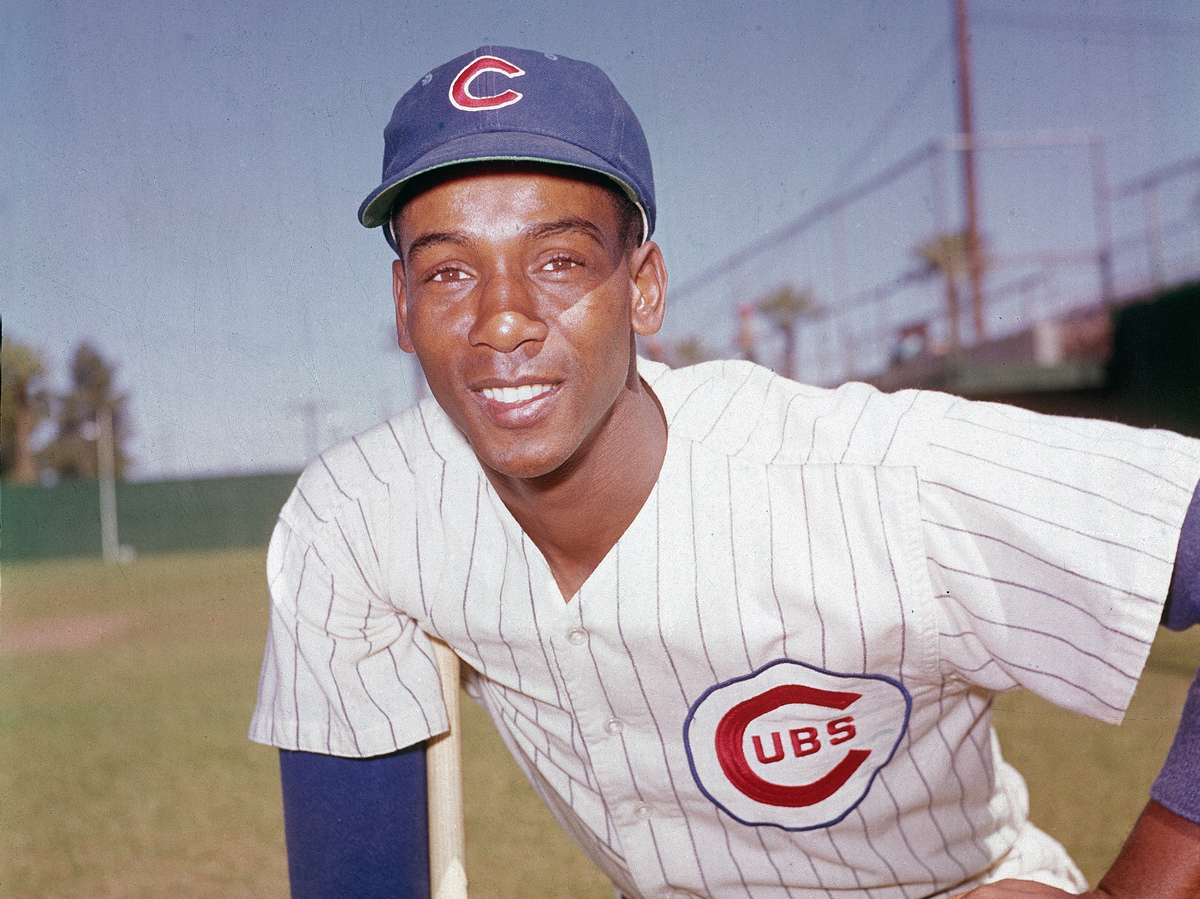 The Chicago Cubs' Ernie Banks poses in 1970. The Cubs announced Friday night that Banks had died. The team did not provide any further details. Banks was 83.

Baseball's Chicago Cubs report that Hall of Fame shortstop Ernie Banks has died. "Mr. Cub," who began his career in the Negro leagues, was the first black player for the team — eighth in the majors overall — and played in 14 All-Star games in his 19 seasons, all with the Cubs.

We are saddened to announce that Hall of Famer Ernie Banks has passed away. http://t.co/U3E6N7aCLi #LetsPlayTwo pic.twitter.com/5MQzjpYF3G

"Forty-four years after his retirement, Banks holds franchise records for hits, intentional walks and sacrifice flies and in RBIs since 1900," MLB.com reports. "He likely holds club records for smiles and handshakes as well. ... His 2,528 games are the most by anyone who never participated in postseason play. Chicago never held him responsible for that and believed he deserved better."

His back-to-back MVP awards were among the few given to players on losing teams, notes The Associated Press:

"Banks' best season came in 1958, when he hit .313 with 47 homers and 129 RBIs. Though the Cubs went 72-82 and finished sixth in the National League, Banks edged Willie Mays and Hank Aaron for his first MVP award. He was the first player from a losing team to win the NL MVP.

"Banks won the MVP again in 1959, becoming the first NL player to win it in consecutive years, even though the Cubs had another dismal year. Banks batted .304 with 45 homers and a league-leading 143 RBIs."

For Cubs Fans, A Little Hope And A Lot Of Patience

For Cubs Fans, A Little Hope And A Lot Of Patience

The Chicago Tribune describes the outlook of Banks, who also was known as "Mr. Sunshine":

"Ernie Banks didn't invent day baseball or help build Wrigley Field. He just made the idea of playing a baseball game under the sun at the corner of Clark and Addison streets sound like a day in paradise, win or lose. ... He was a player who promoted the game like he was part of the marketing department. Not because he had to, but because he truly loved the Cubs and the game itself."