Accessibility links
Just Plane Sad: A Show Of Support For SkyMall : The Two-Way News last week that SkyMall's parent company has filed for bankruptcy protection inspired an outpouring of odes to the kitschy in-flight catalog.

Just Plane Sad: A Show Of Support For SkyMall

Just Plane Sad: A Show Of Support For SkyMall 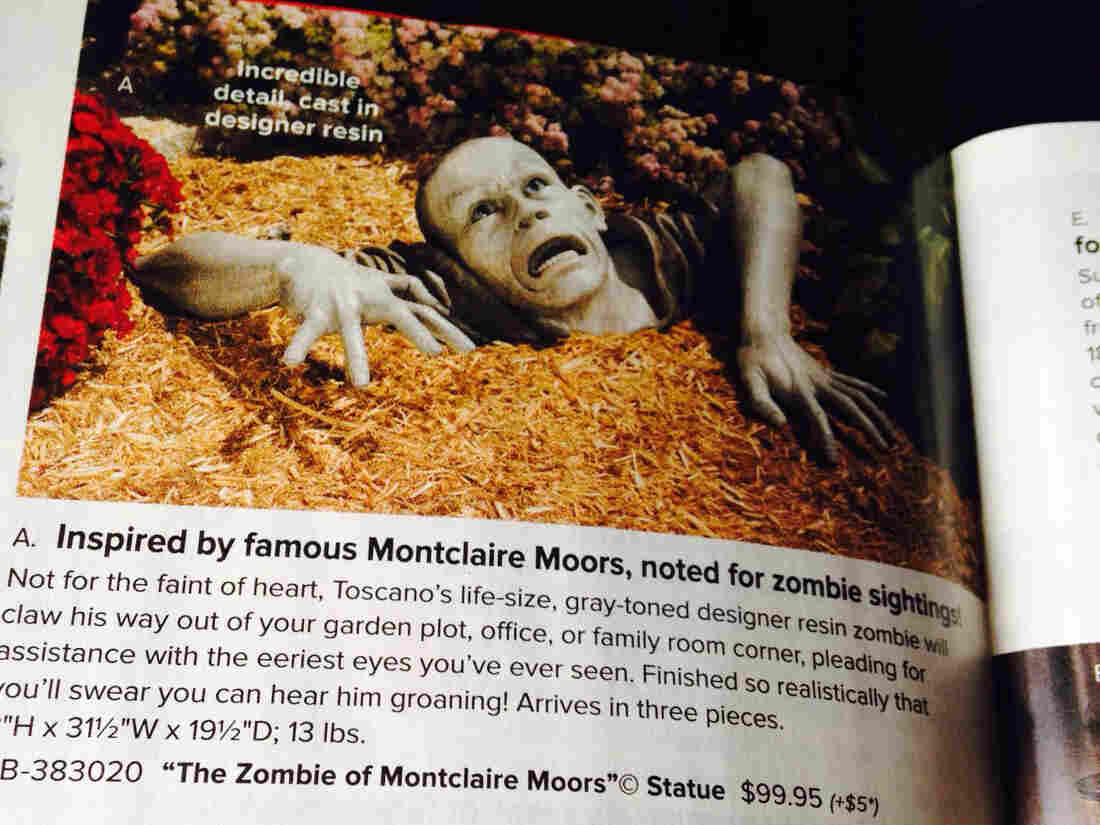 Many NPR readers wrote in lamenting the possible loss of the "Zombie of Montclair Moors" statue. SkyMall hide caption 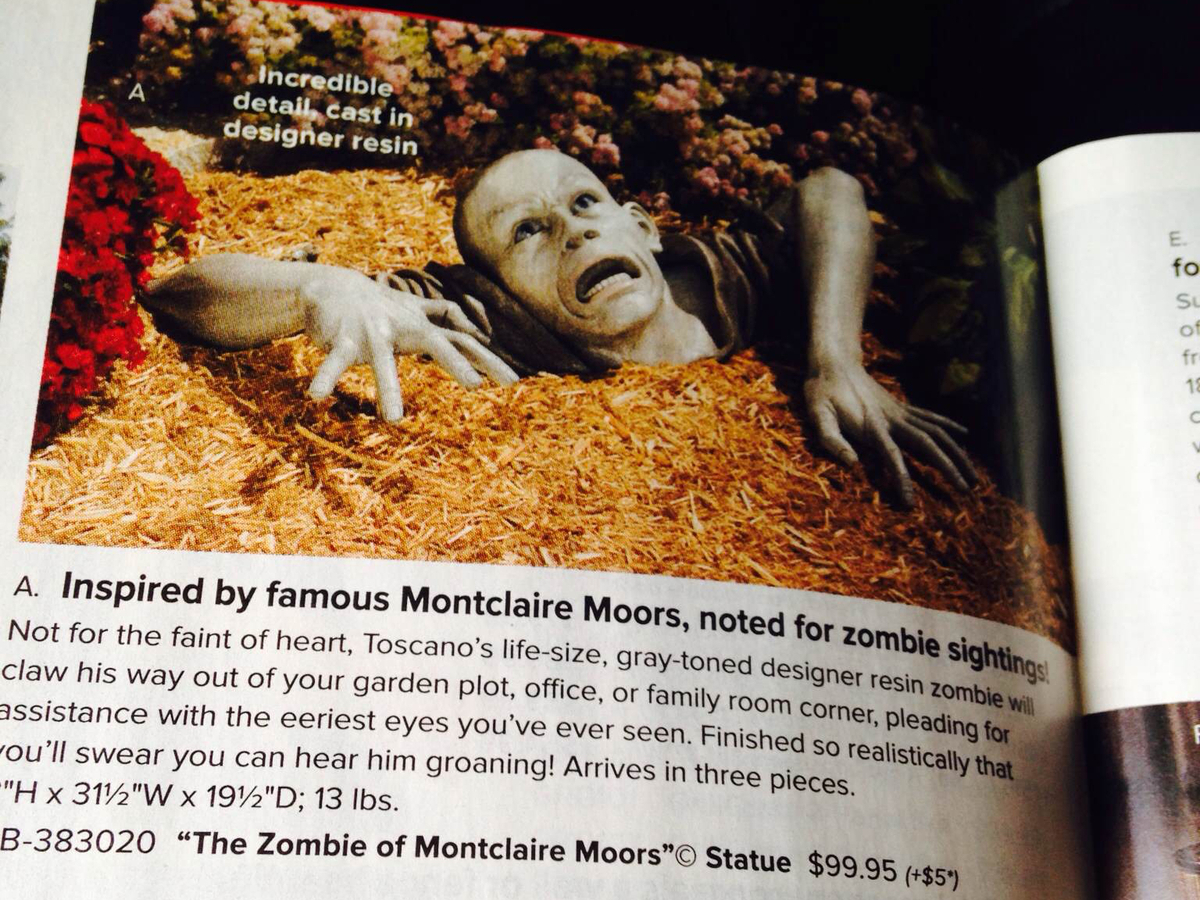 Many NPR readers wrote in lamenting the possible loss of the "Zombie of Montclair Moors" statue.

Whether it was the $85,000 personal submarine craft, the telepathic obstacle course or the yeti yard ornaments we could never quite afford, in-flight catalog SkyMall — and the kitschy items sold inside its pages — are going to be hard to forget.

From A Frequent Flier To SkyMall, Thanks For The Memory Foams

On Friday, SkyMall's parent company filed for bankruptcy protection and announced that its assets would go up for auction in late March. So in preparation for the catalog's possible disappearance from our seatback pockets, we asked people how they'd remember SkyMall. Some of you wrote heartfelt testimonials. A few made it into this post, but there were many more. Here's a sampling:

"While on a flight to an education conference in 2003, Scott Laidlaw, a middle school math teacher, opened up a Skymall Catalog and saw the 'World's Largest Write On Map.' He immediately envisioned his students trading merchandise while exploring the world in the 1600s.

"When the map arrived, it took up his entire classroom when spread out, and was soon covered with over 3,000 sticky notes. Students made small wooden ships, learning ratios and proportions as they enacted the spice trade. For six more years, Laidlaw developed and implemented new semester-long historical fiction math games."

"SkyMall has kept me going on my journey to get a real job someday. Since I was a small girl, I envisioned one day graduating from college, making a lot of money at my job, and having a really really tall bed. Beside that tall bed, I would have those doggy stairs that SkyMall sold in its catalog."

This blogger may be partial to the garden yeti, but a lot of you professed your love for the zombie yard ornament (seen above). Medical school student Mehwish Farooqi wrote:

"I am disappointed that someday after medical school and my eventual pay off of my student loans, I will no longer have the opportunity to purchase a zombie yard ornament such as this. It was something to look forward to."

SkyMall's demise also is a financial hit for those vendors whose wares are featured in the catalog, as Car-Dek President Joe Volpe shares:

"We are one of the suppliers that is going to take a big financial hit by this bankruptcy. Our product, the Petdek, was sold by [SkyMall] as the 'All in one carrier' for carrying pets and cargo in the back seat of vehicles. It was one of the most successful products they have ever sold and were averaging over 130 a month for retail sales of $165,000 last year. We manufacture in the US so quite a few people are going to be affected by this. Luckily we have many other vendors for our product, but this loss caught us completely off guard as they kept telling me they were financially solvent." 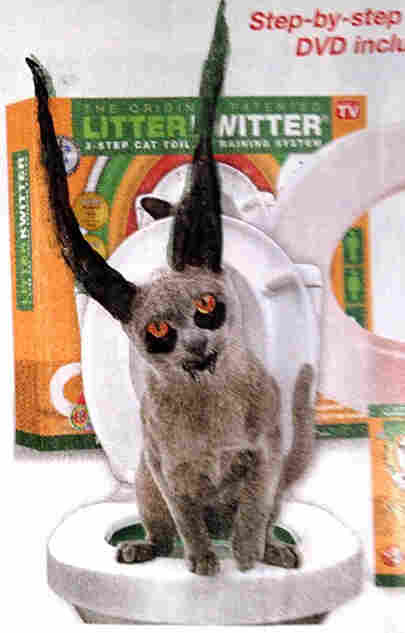 And what happens to all the in-flight guerrilla art projects that SkyMall inspired? Miles Taylor of Austin, Texas, explains: 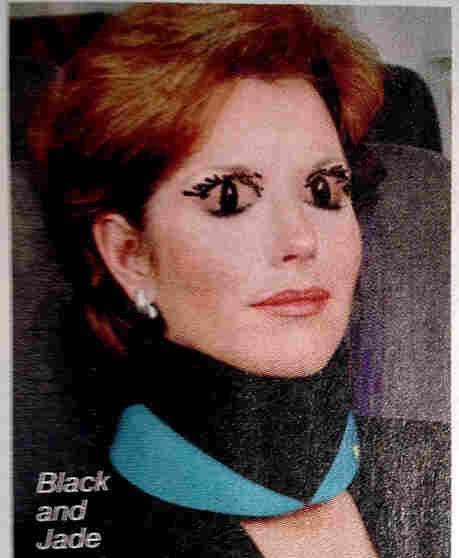 Not to by outdone, Paul Madore of St. Paul, Minn., sent in a poem with stanzas full of actual SkyMall items available for purchase. This is called "Poem #18: Random Crap":

with handle that telescopes,

that inflates with air,

All these and more

you can greedily eyeball

while flying in comfort,