Accessibility links
Holocaust Survivors Mark 70th Anniversary Of Auschwitz's Liberation : The Two-Way About 300 survivors of the Nazi camp are attending the ceremony with German and Austrian leaders. But attention is also on the absence of Russia's president, whose countrymen liberated Auschwitz. 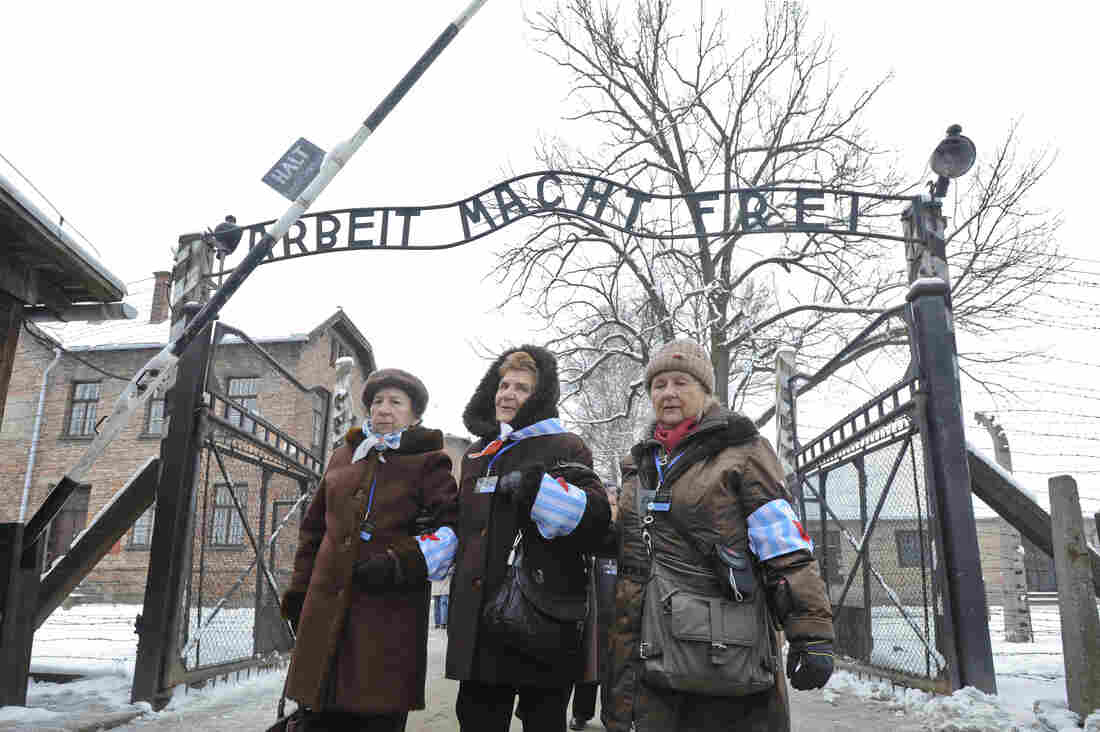 Holocaust survivors walk outside the gate of the of the Auschwitz Nazi death camp in Oswiecim, Poland, on Tuesday. Alik Keplicz/AP hide caption 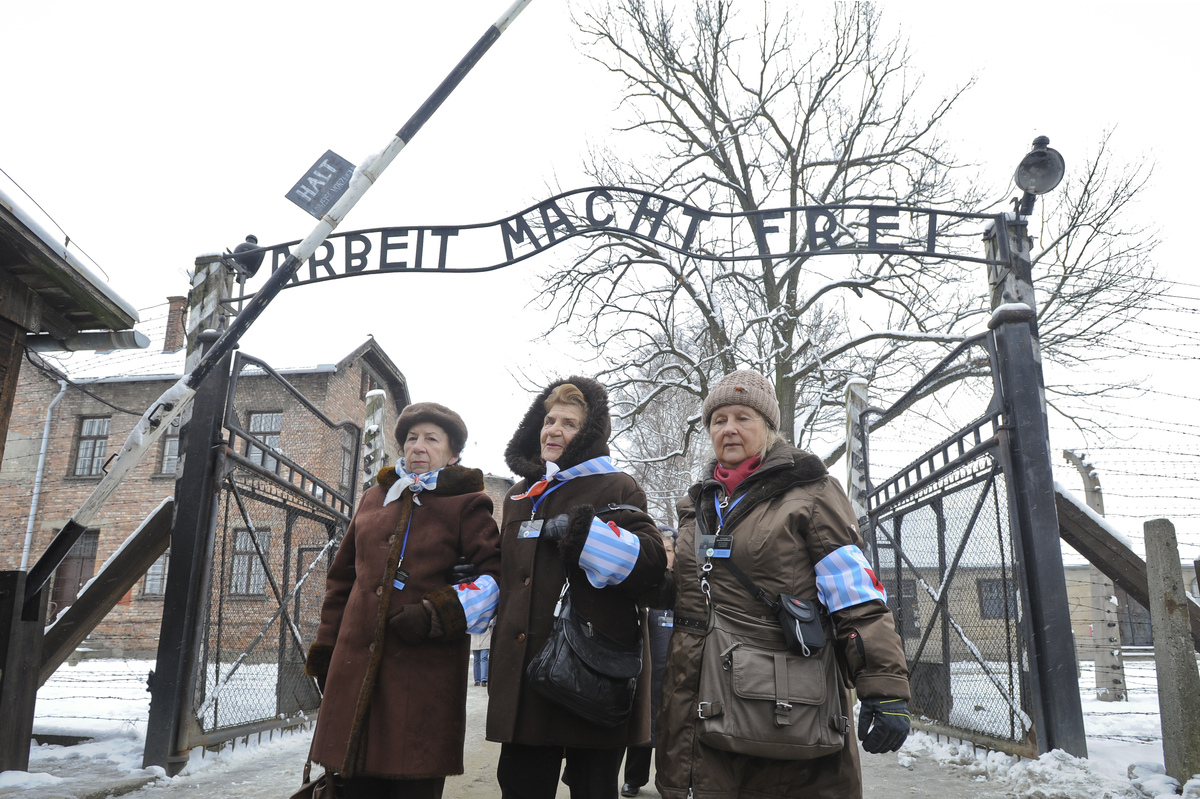 Holocaust survivors walk outside the gate of the of the Auschwitz Nazi death camp in Oswiecim, Poland, on Tuesday.

Holocaust survivors gathered along with several world leaders today to mark the 70th anniversary of the liberation by the Soviet Red Army of the Auschwitz-Birkenau camp in Poland where more than 1 million people, mostly Jews, were killed.

NPR's Soraya Sarhaddi Nelson tells our Newscast unit that "among the leaders who will be attending the Auschwitz ceremony are the presidents of Germany and Austria, the nations that gave rise to the Nazis and have since tried atoning for their sins. But more attention is being paid to who isn't at Auschwitz today — Russian President Vladimir Putin, whose countrymen liberated the concentration camp."

She adds: "Russian officials accuse the Polish government of snubbing Putin by not inviting him as they did in the past. Organizers say no country's leaders were invited but rather, countries were asked who they planned to send."

A decade ago, about 1,500 Auschwitz survivors attended the commemoration. Today, the number was around 300.

As Soraya says: "It is likely the last decade anniversary where significant numbers of actual survivors of Auschwitz and other Nazi concentration camps will attend. This year, the youngest of the 300 who traveled to Poland for the ceremony are in their 70s."

Paula Lebovics of Encino, Calif., recalled how a Russian soldier who was among those who liberated the camp on Jan. 27, 1945, took her in his arms and rocked her tenderly with tears coming to his eyes. She was 11 at the time. Now 81, she told The Associated Press it was a shame Putin wasn't among those at the today's ceremony.

"He should be there," she said. "They were our liberators."

Another survivor, Eva Mozes Kor, told the AP said she will not miss Putin, "but I do believe that from a moral and historical perspective he should be here."

Besides the leaders of Germany and Austria, French President Francois Hollande was at today's ceremony in Auschwitz. Russia's delegation is being led by Sergei Ivanov, Putin's chief of staff; the U.S. delegation is led by Treasury Secretary Jack Lew.