Accessibility links
Obama Meets New Saudi King, Balancing Human Rights, U.S. Interests : The Two-Way The president cut short his visit to India to travel to Saudi Arabia. There, he met King Salman, who ascended to the throne last week following the death of his half-brother, Abdullah. 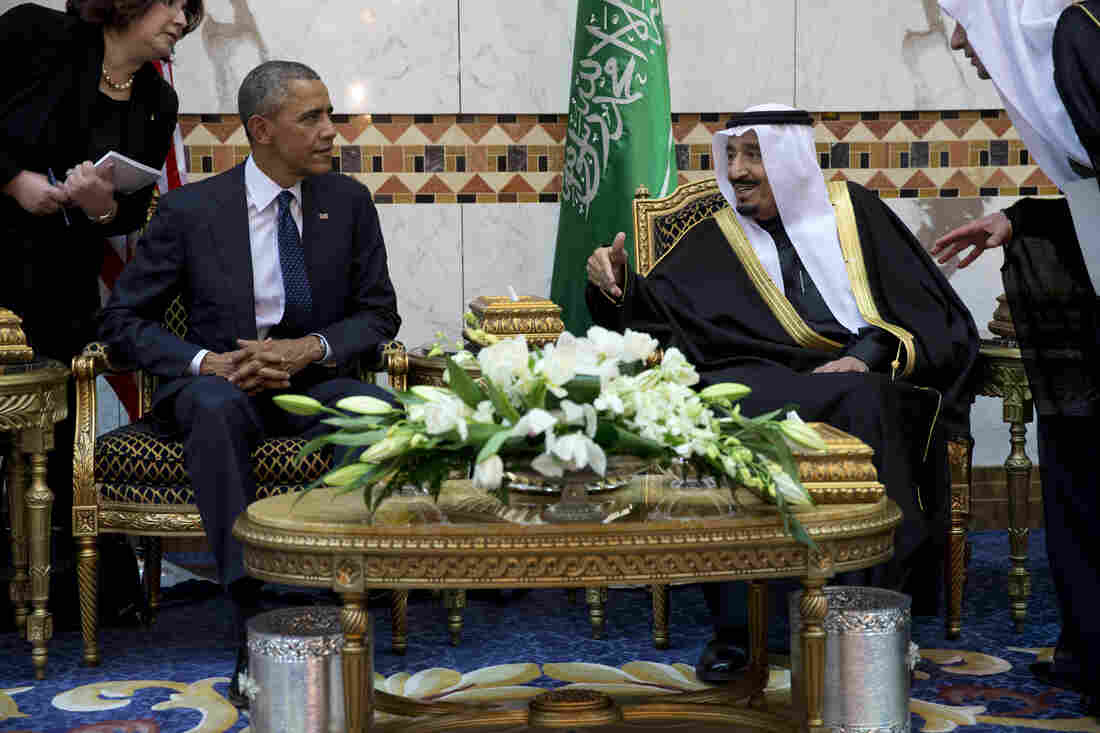 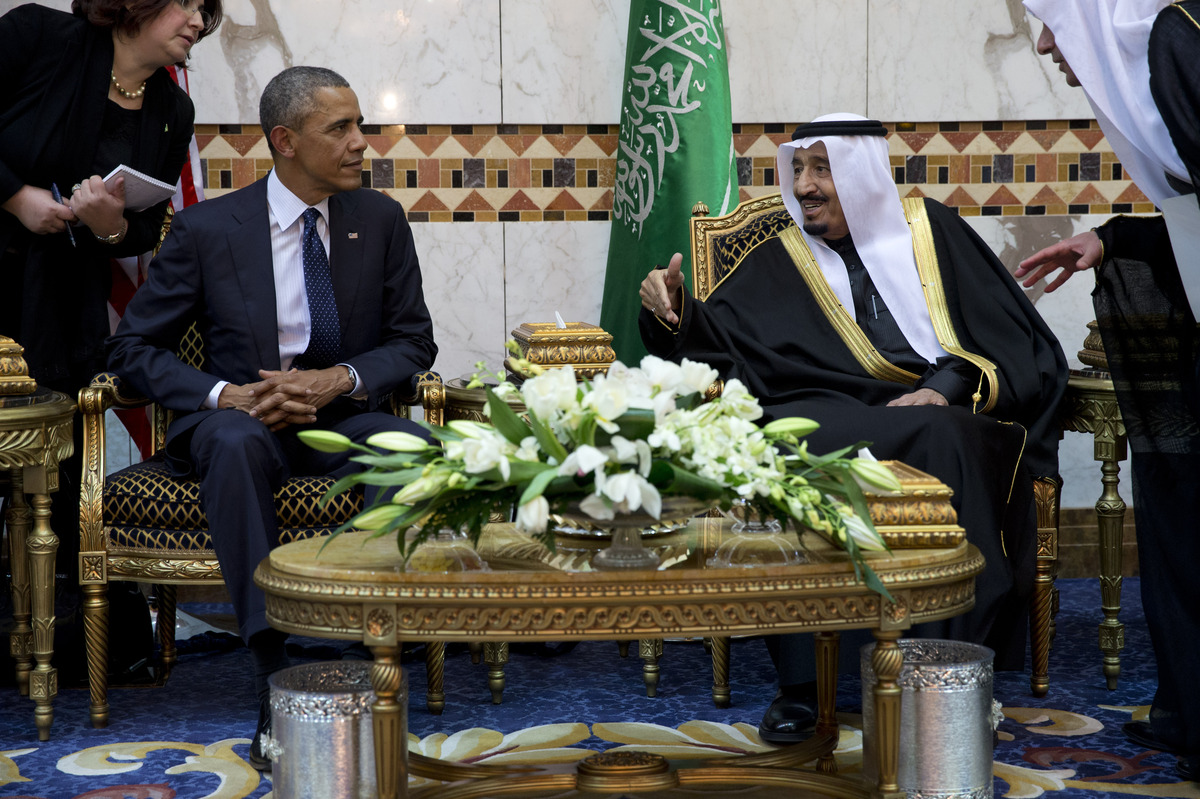 President Obama arrived in Saudi Arabia today to meet newly crowned King Salman and said in an interview that the U.S. needs to balance its concerns about Saudi human rights with "immediate concerns" such as counterterrorism and regional stability.

"Sometimes we have to balance our need to speak to them about human rights issues with immediate concerns that we have in terms of countering terrorism or dealing with regional stability," Obama told CNN in an interview before his stopover in Riyadh, the Saudi capital.

Obama cut short his visit to India to travel to Saudi Arabia after Salman's ascent last week to the throne, following the death of his half-brother King Abdullah bin Abdul Aziz. The visit underscores the importance of Saudi Arabia, a key U.S. ally in the region.

Ben Rhodes, Obama's deputy national security adviser, described the visit as "an opportunity to both pay respects to the legacy of King Abdullah ... and also to touch base on some of the issues where we're working together with the Saudis — to include the efforts against ISIL, the situation in the region, including Yemen, Iran nuclear negotiations and the broader U.S.-Saudi relationship."

The Associated Press reports on how Obama and the high-profile U.S. delegation were greeted at the airport:

"Stepping off the plane earlier in Riyadh, the president and first lady Michelle Obama were greeted by Salman and a military band playing both countries' national anthems. Some of the all-male Saudi delegation shook hands with Mrs. Obama while others gave her a nod as they passed by. Mrs. Obama wore full-length clothing but no headscarf, as is typical for many Western women in Saudi Arabia, despite the strict dress code for Saudi women appearing in public."

Later, the king greeted Obama, the first lady and the U.S. delegation at the Erga Palace outside Riyadh.

"It meets the threshold of being bipartisan, high level and people who worked very closely with Saudi Arabia over many years," Rhodes said.

After a three-course dinner with their delegations, Obama and Salman met one-on-one for their first formal meeting.

Human rights groups have long criticized Saudi Arabia's record on women's rights as well as basic human rights. But as we reported last week, the new Saudi king faces a host of challenges — besides those two issues: "Neighboring Yemen is without a government and is engulfed in chaos. The Arab Spring has left Libya in disarray. Iraq and Syria are unstable, only partly because of the challenge posed by militants of the Islamic State. And Shiite Iran remains a rival."