Accessibility links
As Nor'Easter Lifts, Life Slowly Gets Back To Normal In Hard-Hit Areas : The Two-Way In Boston, highways started filling up with cars. In Rhode Island, the governor called up 270 national guardsmen to help get the power back on. In New York, the subway resumed regular service.

As Nor'Easter Lifts, Life Slowly Gets Back To Normal In Hard-Hit Areas

As Nor'Easter Lifts, Life Slowly Gets Back To Normal In Hard-Hit Areas 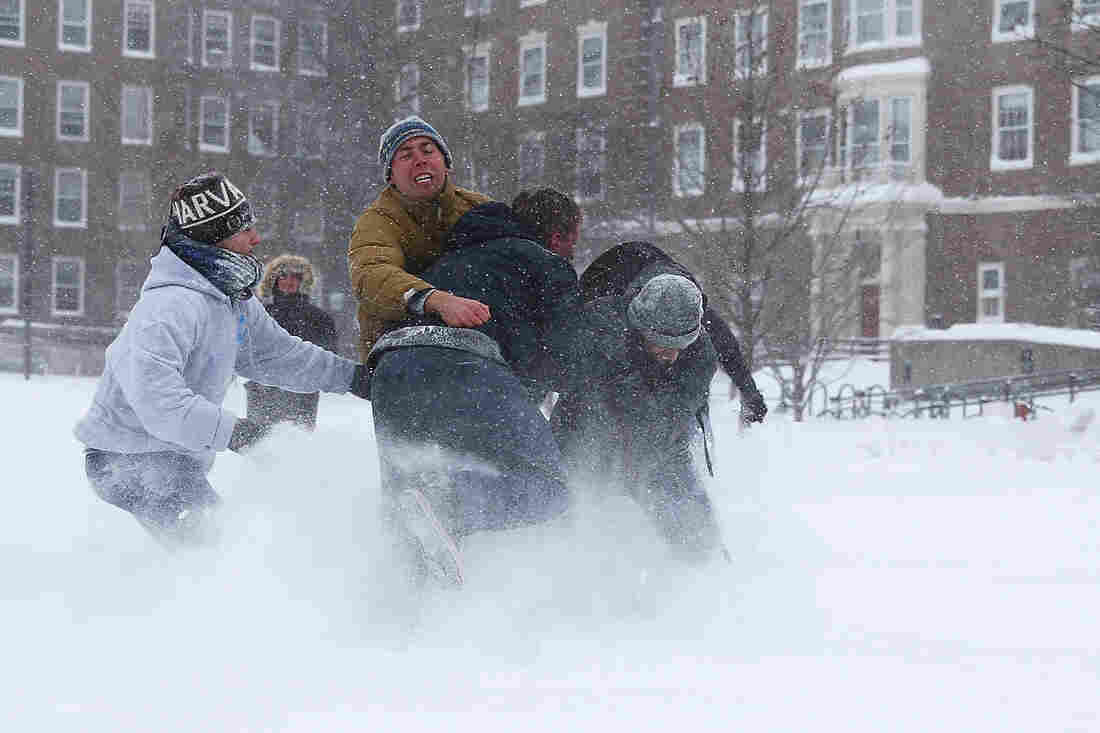 Students play football at the Quad, on the campus of Harvard University on Tuesday in Cambridge, Massachusetts. Maddie Meyer/Getty Images hide caption 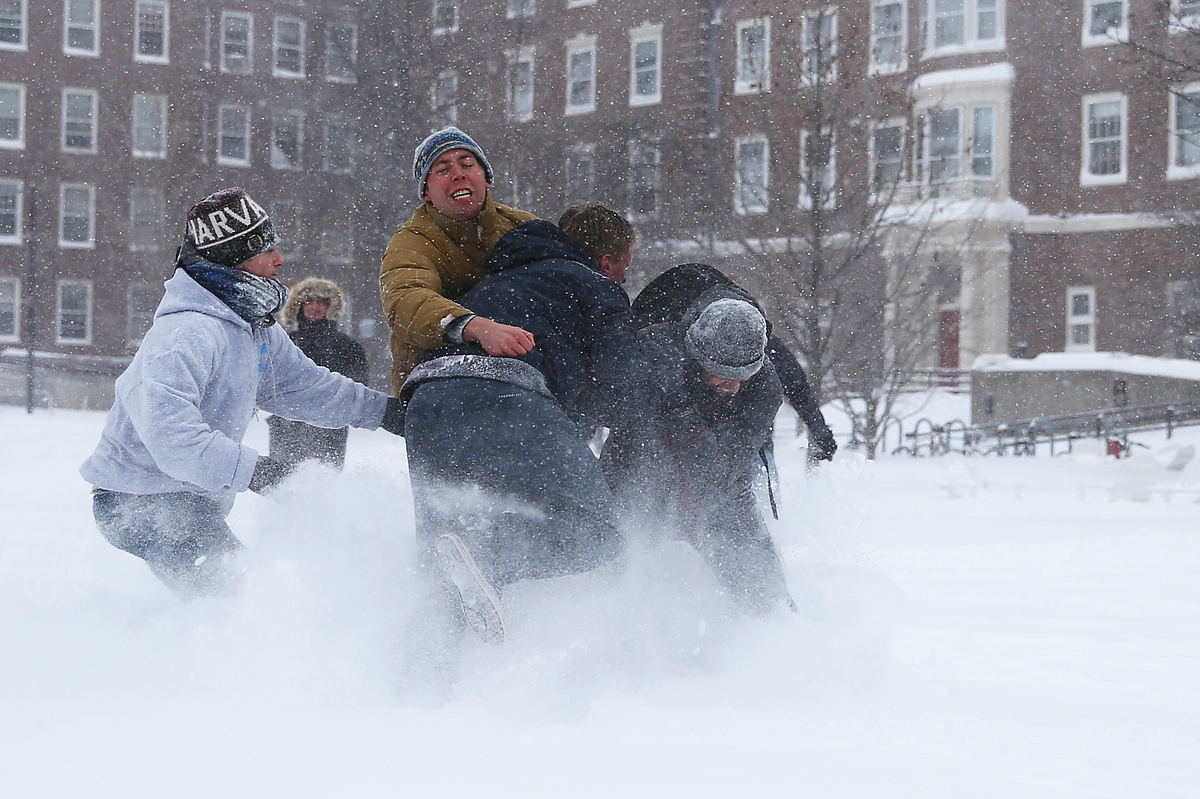 Students play football at the Quad, on the campus of Harvard University on Tuesday in Cambridge, Massachusetts.

A day after a monstrous winter storm spun its way across the Northeast, life is slowly getting back to normal.

Some residents of Massachusetts are digging out of almost 3 feet of snow. The AP reports that a travel ban has been lifted and Boston's highways are filling up with traffic.

"More than 12,000 homes and businesses remained without power Wednesday. Residents woke up to temperatures in the teens that weren't expected to rise beyond the mid-20s, although sunshine is forecast.

"To the chagrin of parents, most schools remain closed."

In New York City, things are fully back to normal — trains are back on track, planes are in the air and cars are on the roads.

That means that politics is the dominating the conversation.

As we reported, the low pressure system that spun up this storm moved farther east than forecasters had predicted. That meant that New York City shut down for what amounted to a typical snow storm.

NPR member station WNYC reports that New York City Mayor Bill de Blasio is saying it was Gov. Andrew Cuomo who made the controversial decision to shut down the subway system. Not only that, but de Blasio said that his administration was not given a heads up by the governor.

"In what has become a pattern of one-upmanship from Albany – whether it's pre-k money or Ebola quarantines — Cuomo used Storm Juno to once again big-foot the mayor while claiming that their offices were communicating regularly."

Still, both men defended their aggressive response to a dire forecast.