Accessibility links
AG Nominee Lynch Says She Differs From Obama On Marijuana : The Two-Way The moment contrasted with other exchanges between Lynch and members of the Senate Judiciary Committee, such as when she defended Obama's right to take executive action on immigration rules.

AG Nominee Lynch Says She Differs From Obama On Marijuana

AG Nominee Lynch Says She Differs From Obama On Marijuana 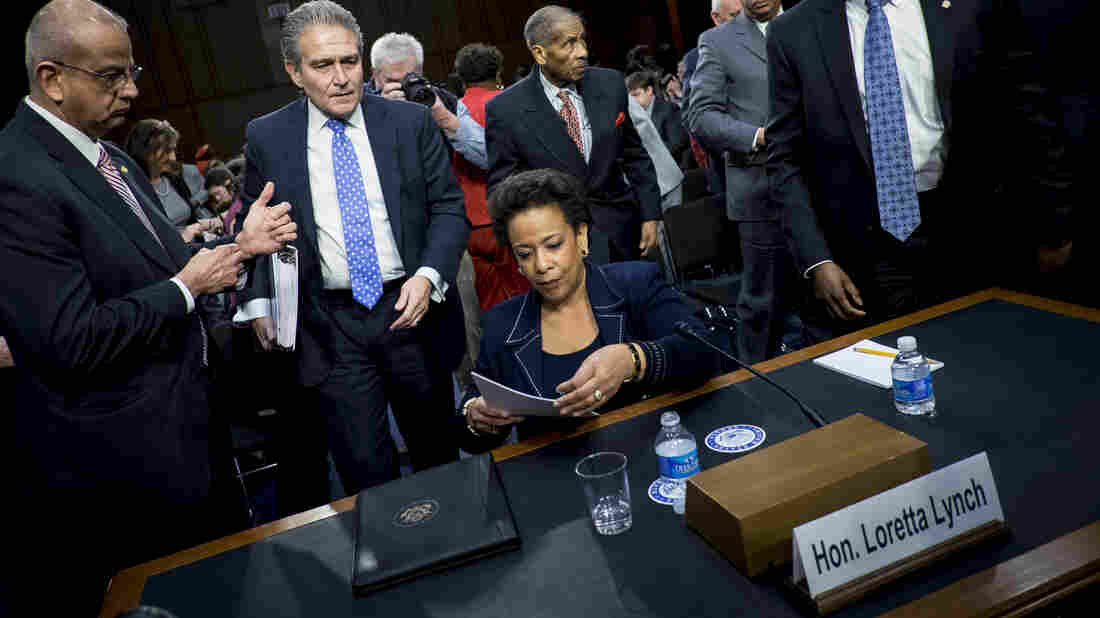 Loretta Lynch, U.S. attorney for the Eastern District of New York, leaves for a lunch break during a daylong Senate Judiciary Committee hearing on her nomination to be U.S. attorney general. Pete Marovich/UPI/Landov hide caption 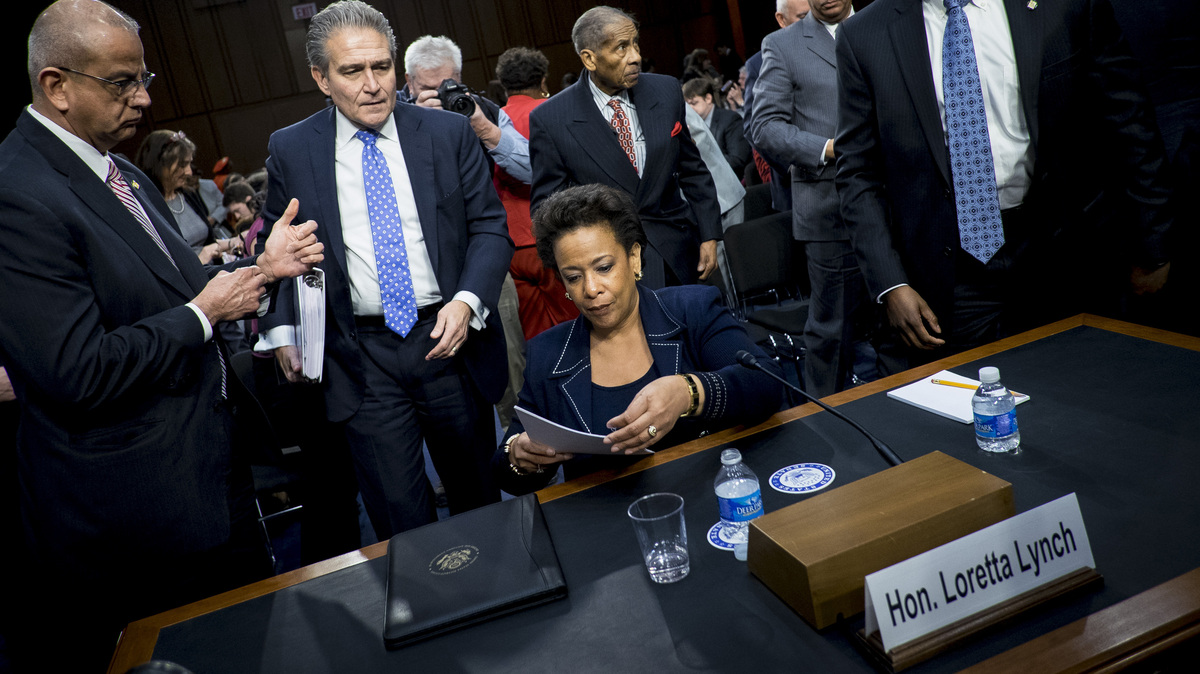 Loretta Lynch, U.S. attorney for the Eastern District of New York, leaves for a lunch break during a daylong Senate Judiciary Committee hearing on her nomination to be U.S. attorney general.

During her first day of confirmation hearings for attorney general, nominee Loretta Lynch gave answers that seemed in line with President Obama. But then she was asked about marijuana, and whether she supports legalizing it.

"Senator, I do not," Lynch told Sen. Jeff Sessions, R-Ala., when he asked whether she supports making pot legal.

The moment stood in contrast to other exchanges between Lynch and members of the Senate Judiciary Committee, as she defended Obama's right to take executive action on immigration rules and aligned herself with the president's view on U.S. interrogation programs, saying, "Waterboarding is torture."

Sessions asked Lynch about marijuana during the afternoon portion of her hearing. And he noted that the head of the Drug Enforcement Agency also disagrees with the idea of legalizing marijuana.

The senator then read aloud a quote from Obama from last January, in which he told The New Yorker, "I smoked pot as a kid, and I view it as a bad habit and a vice, not very different from the cigarettes that I smoked as a young person up through a big chunk of my adult life. I don't think it is more dangerous than alcohol."

When Sessions asked Lynch whether she agreed with that assessment, she said, "Well, senator, I certainly don't hold that view, and don't agree with that view of marijuana as a substance. I certainly think that the president was speaking from his personal experience and personal opinion — neither of which I am able to share."

She added, "Not only do I not support legalization of marijuana — it is not the position of the Department of Justice currently, to support the legalization, nor would it be the position should I become confirmed as attorney general."

As The Hill reports, "Obama said in a YouTube interview last week that the federal government is 'not going to spend a lot of resources' enforcing marijuana laws."

Today, Lynch fielded questions about a range of issues, from America's large prison population and the use of veterans courts, to stalker apps and the Comcast-Time Warner Cable merger. Her confirmation hearing will resume Thursday.

As NPR's Ailsa Chang reported this morning, "Republicans expect to go hard at Lynch about the constitutionality of the president's executive action on immigration. They'll also press her about political decision-making at the IRS, and ask her about the limits of prosecutorial discretion."