Accessibility links
Senate OKs Keystone XL Pipeline, Setting Up Fight With Obama : The Two-Way Nine Democrats joined 53 Republicans to pass the measure, which must be reconciled with a version passed by the House. The Senate vote is also not enough to override a threatened presidential veto. 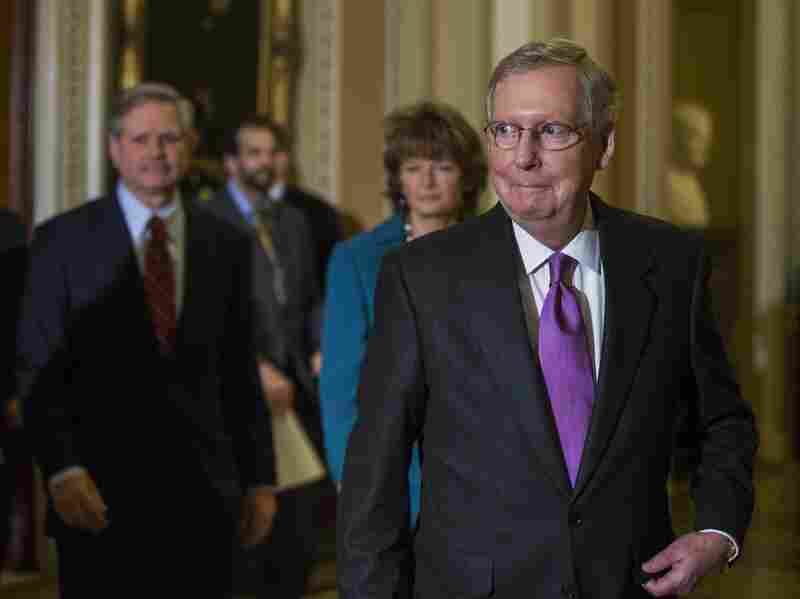 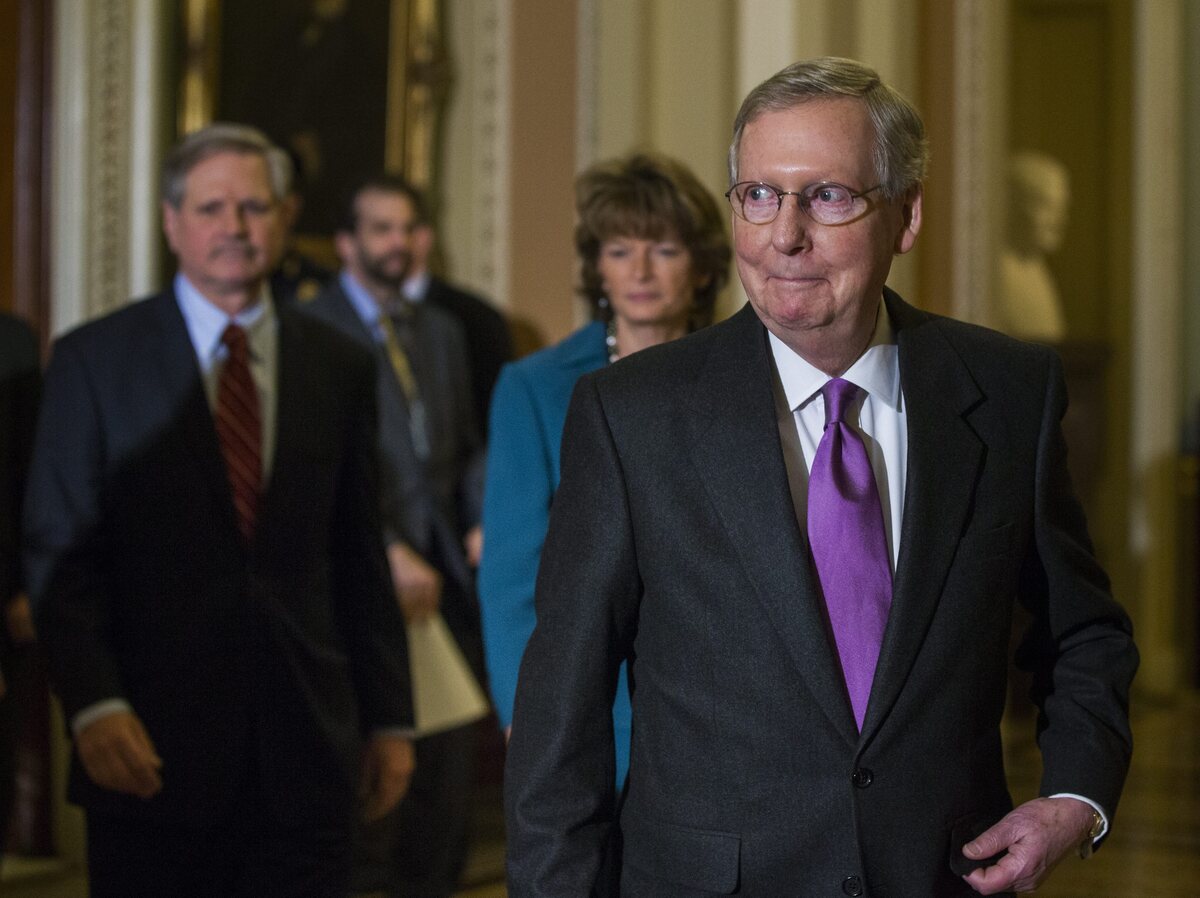 Senate Majority Leader Mitch McConnell, R-Ky., prepares to speak to the media Thursday before the Senate voted to approve the Keystone XL pipeline.

The Senate in a bipartisan 62-to-36 vote approved Thursday the Keystone XL pipeline project, setting up a faceoff with the White House, which has threatened a presidential veto.

Nine Democrats joined 53 Republicans to pass the measure, which now must be reconciled with a version passed last month by the House. The Senate vote is also not enough to override a presidential veto.

NPR's Ailsa Chang tells our Newscast unit the measure is the first passed by the Senate in the new Congress. She says the Senate worked through dozens of amendments over three weeks despite the veto threat.

The U.S. State Department, which has been reviewing the pipeline for more than six years, is now deciding whether the project to carry oil from Canada to the Gulf of Mexico is in the national interest. Congressional Republicans want to short-circuit that years-long process and grant the Keystone XL pipeline a permit immediately.

As we have previously reported, the "pipeline is a hot-button political issue, with politicians from both parties, some unions and energy companies supporting its approval while environmental groups, some Nebraska landowners and some liberal Democrats oppose it."

Supporters say it will create more than 40,000 jobs, but opponents are skeptical — with one estimate noting that it would create just 35 permanent jobs.

NPR's Jeff Brady previously reported that the pipeline is controversial primarily because it would transport crude from Canada's tar sands, which emit more pollution during production than traditional forms of oil. But a State Department environmental review last year concluded the pipeline wouldn't have a significant effect on greenhouse gas emissions.

The White House has vowed to veto any legislation that approves the $8 billion project, saying it is awaiting the State Department's review.

The American Petroleum Institute welcomed the vote, saying it hopes "the president will seize this opportunity to work collaboratively with Congress to advance sound energy policy while creating thousands of jobs."

But David Arkush, head of Public Citizen's Climate Program, called the vote "shameful," and urged Obama to "reject it."

Our full coverage of the pipeline is here.