Accessibility links
Boston Marathon Winner Rita Jeptoo Banned 2 Years For Doping : The Two-Way Jeptoo, the three-time winner of the Boston Marathon, tested positive for EPO, a performance-enhancing drug. Last year, she was well on her way to winning the World Marathon Majors championship. 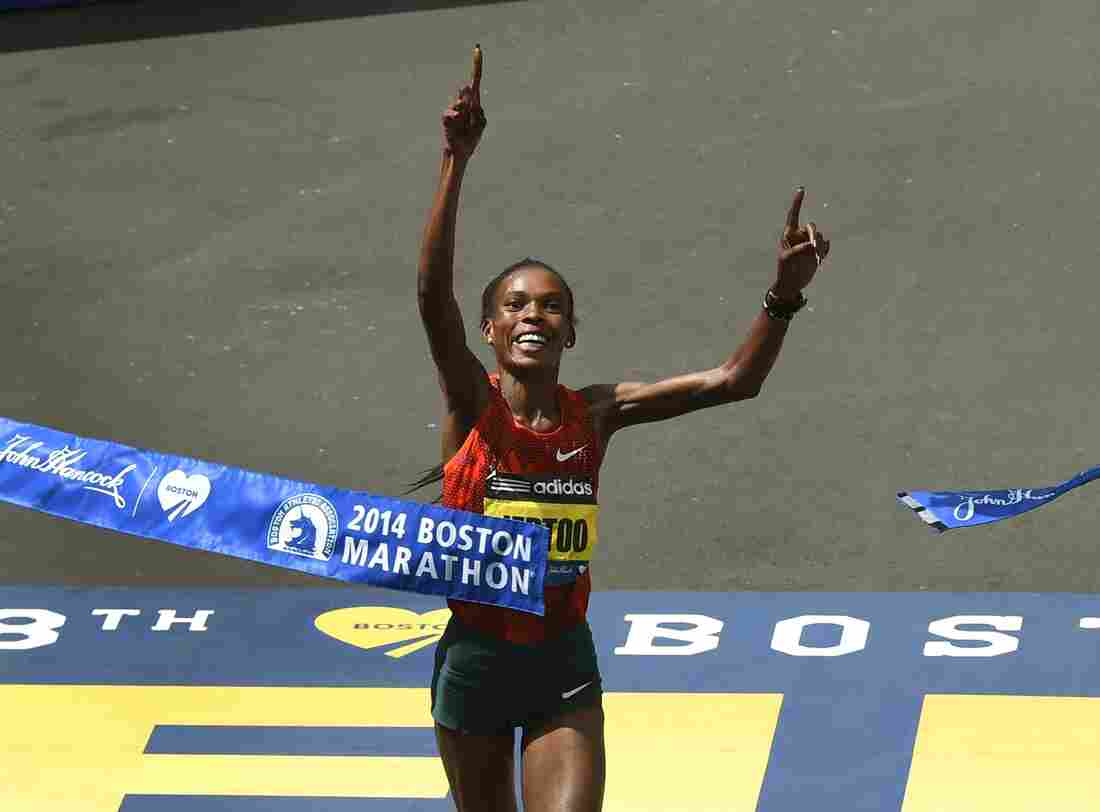 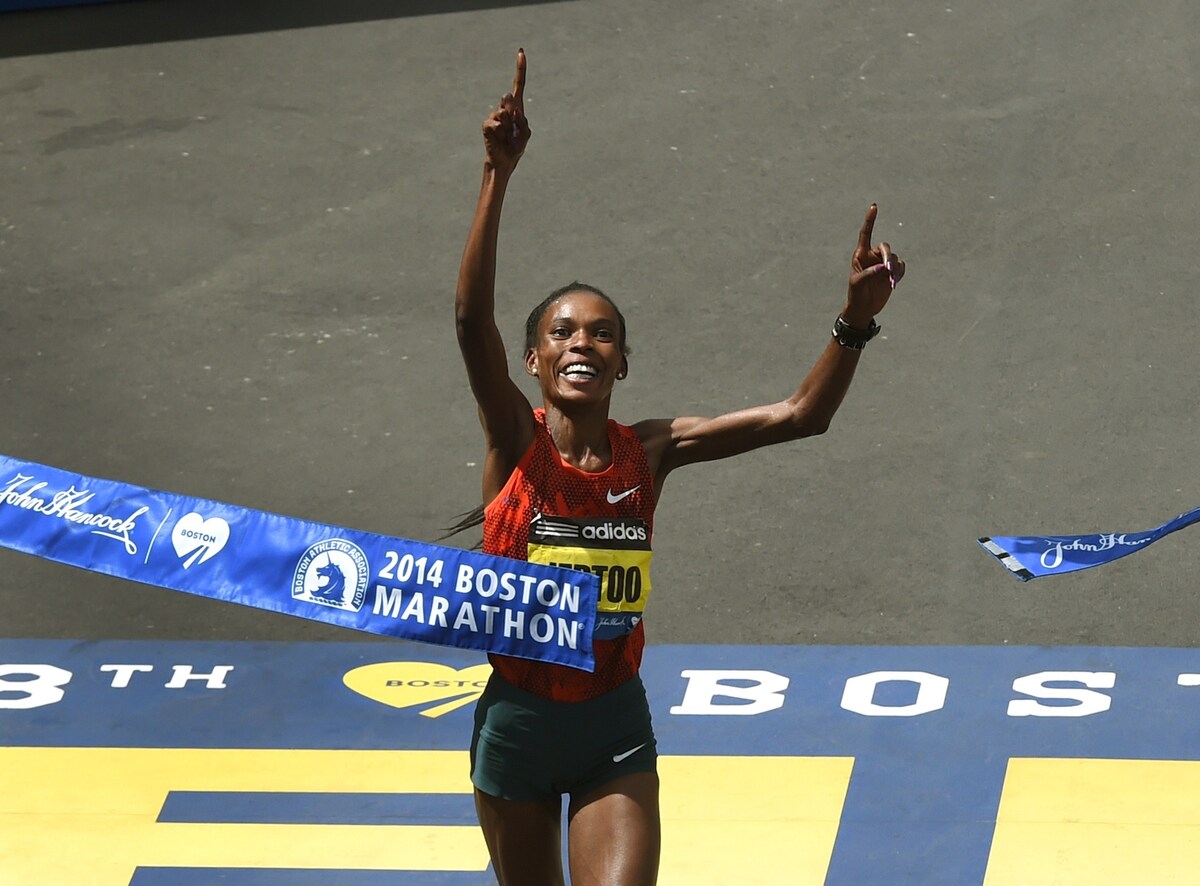 Rita Jeptoo of Kenya crosses the finish line to win the Women's Elite division of the 118th Boston Marathon on April 21.

One of the marathon world's brightest stars has been banned for two years, after testing positive for a performance-enhancing drug.

Athletics Kenya, the body that governs running in the country, said Rita Jeptoo tested positive for erythropoietin, or EPO, which stimulates the production of red blood cells.

Jeptoo has won the Boston Marathon three times and she won her second Chicago Marathon in October.

As we reported, Jeptoo was well on her way to being crowned the best marathoner in the world in 2014 by the World Marathon Majors.

That coronation was put on hold when word emerged in late October that Jeptoo had tested positive for a banned substance.

The suspension handed down by Athletics Kenya confirms that both samples taken from Jeptoo just before the Chicago Marathon in September tested positive for EPO.

Athletics Kenya is a member of the International Association of Athletics Federations, which means this punishment will be enforced worldwide.