Accessibility links
Merkel: No Relaxing Of Terms On Greek Debt : The Two-Way The German chancellor says she wants to keep Athens in the eurozone, but that EU lenders have already made substantial concessions on the terms of the bailout. 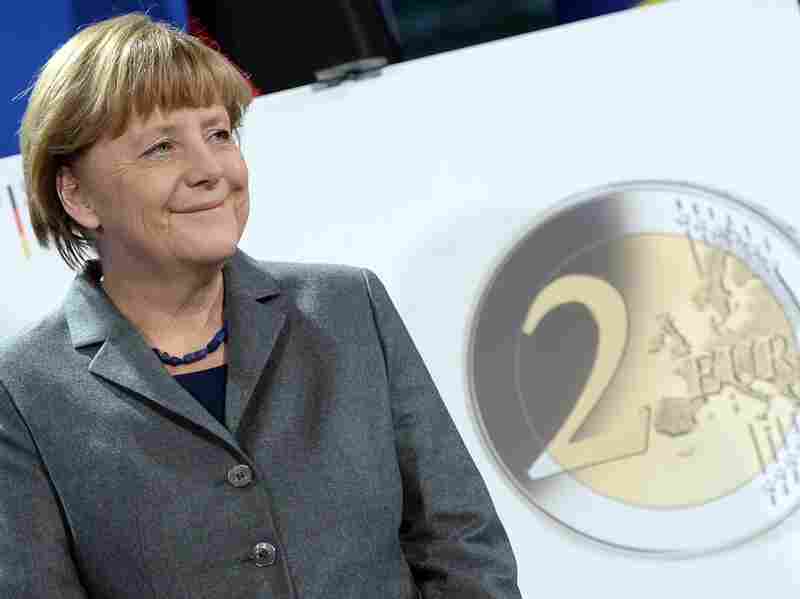 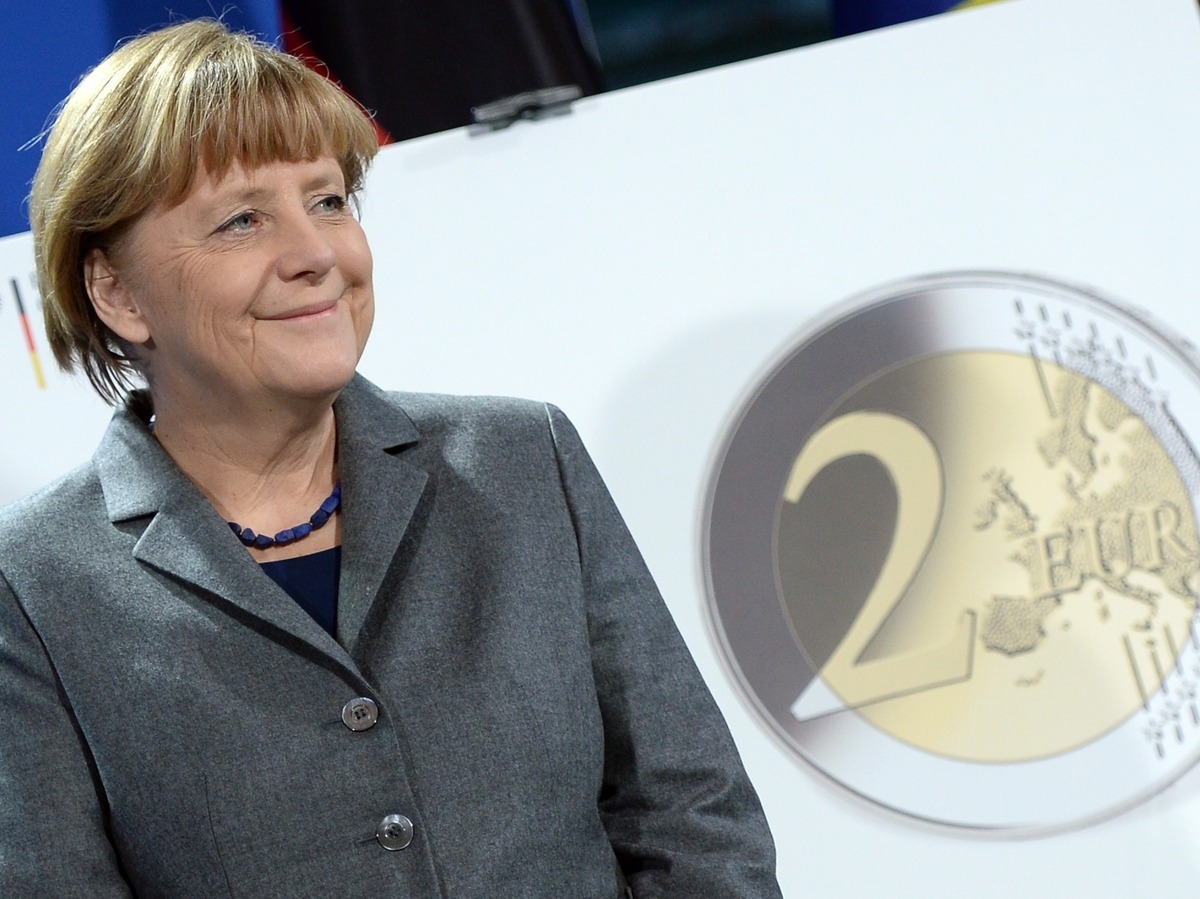 German Chancellor Angela Merkel stands in front of a poster showing a new two-euro commemorative coin at the Chancellery in Berlin, Germany, on Thursday.

German Chancellor Angela Merkel has rejected any renegotiation of Greek debt after last week's election that brought an anti-austerity party into power in Athens.

Merkel said banks and creditors that extended Greece bailout loans to keep the government from defaulting on its sovereign debt have already must draw the line on already substantial concessions. But she did say in an interview with the German daily Berliner Morgenpost that she wanted Greece to stay in the eurozone.

"We — Germany and the other European partners — will now wait and see what concept the new Greek government comes to us with," she was quoted as saying by the newspaper.

However, Germany and the other EU partners had already forgiven billions of euros lent by private creditors, she said.

"I don't see a further debt haircut," Merkel said, according to The Associated Press.

Merkel's comments echoed those of Germany's Finance Minister Wolfgang Schaeuble, who warned Greece on Friday that it would not back down on repayment. "[We] are difficult to blackmail," he said.

The European Commission, European Central Bank and International Monetary Fund, together known as the troika, had agreed to a $270 billion bailout with the previous Greek government.

However, as the BBC reports, Greece's new finance minister, Yanis Varoufakis, "has refused to work with the troika to renegotiate the bailout terms and has already begun to roll back the austerity measures the creditors had demanded of the previous government."

Greek Prime Minister Alexis Tsipras, however, sounded a more conciliatory note in a statement emailed to Bloomberg News on Saturday, he acknowledged that the "deliberation" with European lenders had begun.

"Despite the fact that there are differences in perspective, I am absolutely confident that we will soon manage to reach a mutually beneficial agreement, both for Greece and for Europe as a whole."