Accessibility links
All Is Not So Well In The NFL Ahead Of Super Bowl Sunday : The Two-Way Deflategate tops a "tough year" for the League, says Commissioner Roger Goodell. The NFL has also grappled with domestic violence and child abuse claims. 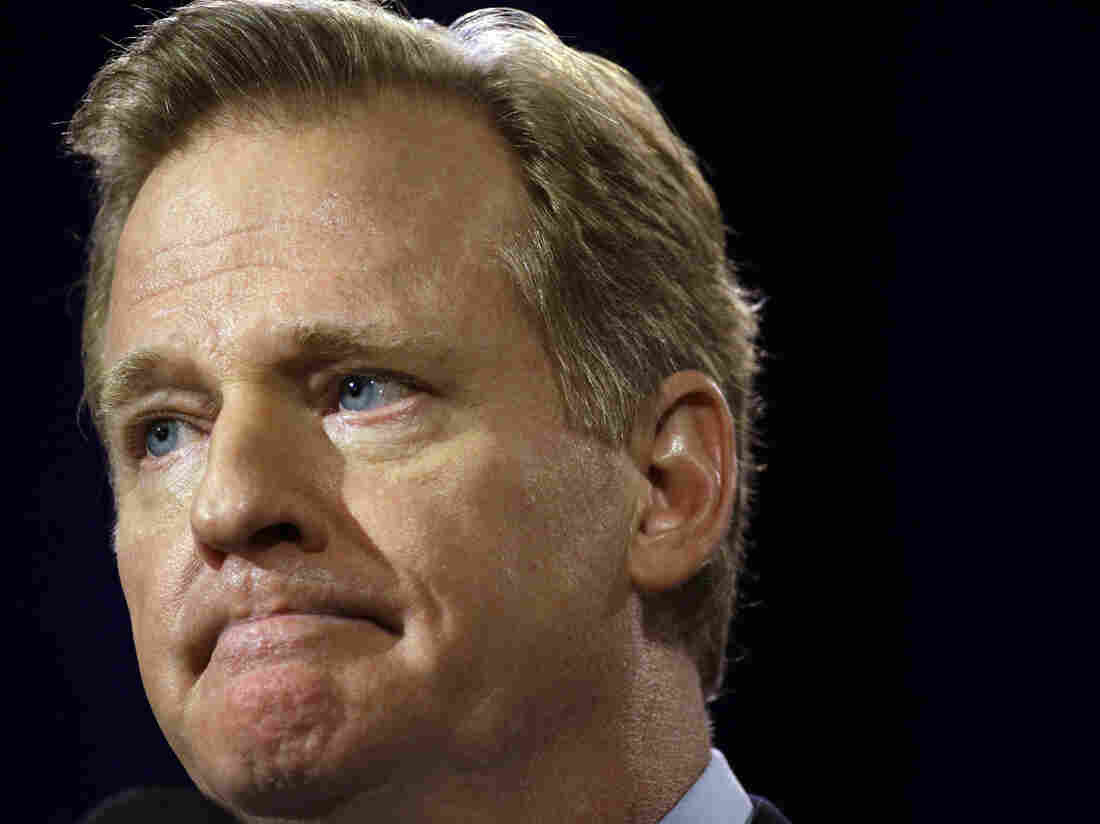 At a pre-Super Bowl news conference in Phoenix, Ariz., on Friday, NFL Commissioner Roger Goodell said it's been a "tough year" for the League. David J. Phillip/AP hide caption 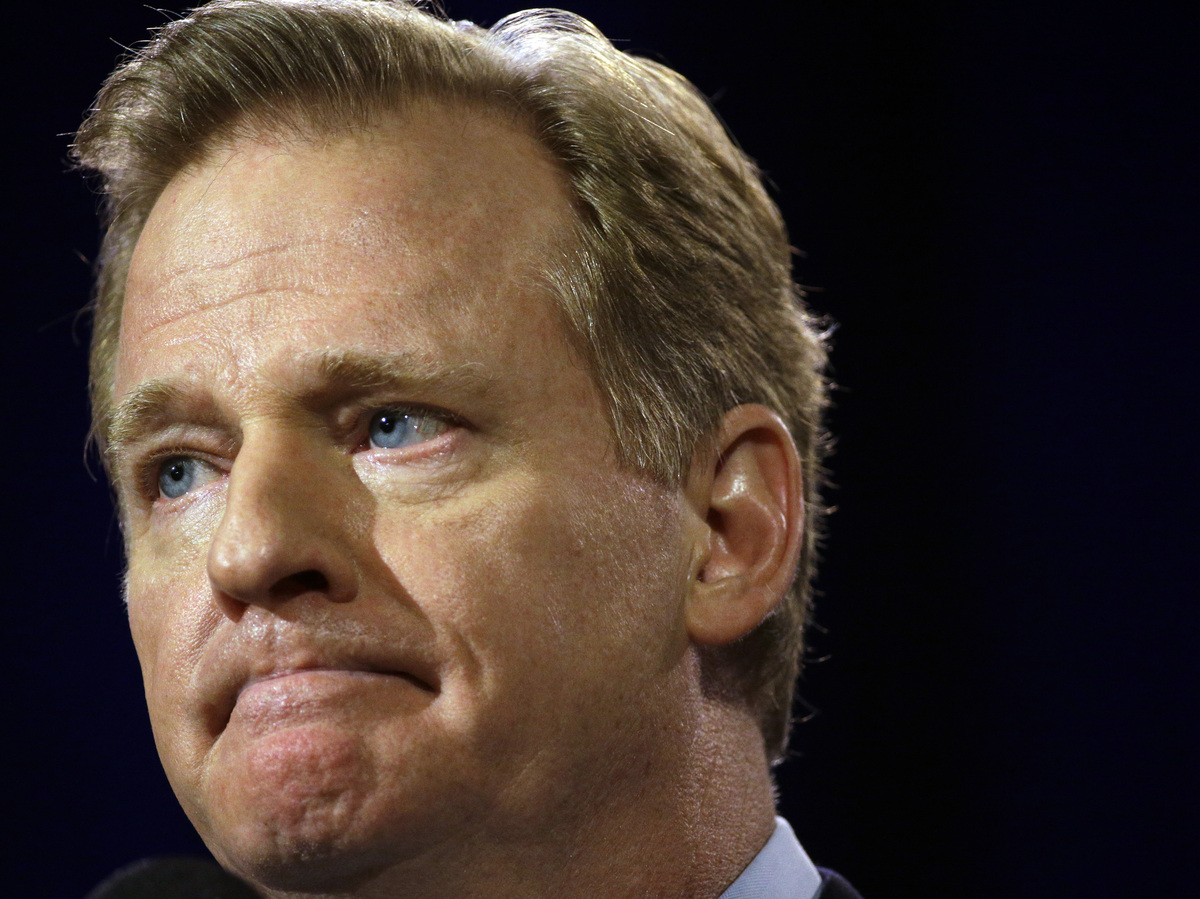 At a pre-Super Bowl news conference in Phoenix, Ariz., on Friday, NFL Commissioner Roger Goodell said it's been a "tough year" for the League.

Another day, another controversy.

It's been that kind of a year for the NFL and Commissioner Roger Goodell talked about it all on Friday at his annual State-of-the-League address in downtown Phoenix.

The most recent controversies — deflated footballs and Seattle running back Marshawn Lynch's refusal to talk to reporters — have dominated media coverage in the run-up to Sunday's Super Bowl between the New England Patriots and defending champions the Seattle Seahawks.

Regarding Lynch, Goodell said he understands that speaking with the media may not be at the top of the running back's list, but "everyone else is doing their part because it's their obligation — part of the job of being an NFL player."

Goodell says he believes no decision has been made on whether Lynch will be fined for lack of participation or appearing at media events wearing a baseball cap bearing his Beast Mode product line — a brand not licensed by the League.

About so-called "Deflategate," where 11 of 12 footballs supplied by the New England Patriots for the AFC Championship game were discovered to be under-inflated, Goodell said the league's current investigation is focused on two questions: Why were footballs that were not in compliance with NFL rules (balls must be inflated between 12.5 and 13.5 psi) used, and was the under-inflation the result of deliberate actions?

Goodell says the NFL has made no judgments on those points, adding the League won't compromise the investigation by speculating.

These most recent controversies follow the firestorm that erupted last fall with domestic violence involving Ray Rice, Greg Hardy and others and the child-abuse case against Adrian Peterson. Goodell admits mishandling those cases brought his leadership into question and resulted in calls for his resignation or firing.

The commissioner acknowledged Friday that it has been a tough year, on the League and on him personally. He said it was a year of humility and learning. "We've all done a lot of soul-searching, starting with yours truly," he said.

According to Goodell, that's led to a lot of good coming from the bad. The programs and personnel put in place show the league is "committed to fighting domestic violence and sexual assault," he said. Goodell said he is excited about the future and the League's efforts with those issues.

In general, his 48-minute appearance offered a positive picture of where the NFL is at and where it's going. But the present and future may not be quite so rosy: Reporters at the event questioned Goodell's hiring of prominent people to head investigations of Deflategate and the handling of the Ray Rice case and whether those hirings created a conflict of interest. There were also questions about Goodell's close relationship with New England owner Robert Kraft, a man GQ magazine calls "the assistant commissioner."

The article, in the latest issue, wonders about "the long-term prospects for the NFL in an increasingly anti-football world." It says from 2010 to 2013, the League's under-50 audience declined by 10 percent. It also cites a recent Bloomberg Politics poll that says half of Americans said they wouldn't let their sons play football — a growing list that even includes prominent NFL-ers.

It's a different State-of-the-League from the one envisioned by Goodell on Friday. For now, a day away from one of the most anticipated Super Bowls in recent memory, Goodell's vision holds sway.