Accessibility links
After The Game, Looking Back At 'The Worst Call In Super Bowl History' : The Two-Way Many are blaming the Seattle Seahawks' loss to the New England Patriots on the decision to pass the ball instead of handing it to Marshawn Lynch.

After The Game, Looking Back At 'The Worst Call In Super Bowl History'

After The Game, Looking Back At 'The Worst Call In Super Bowl History' 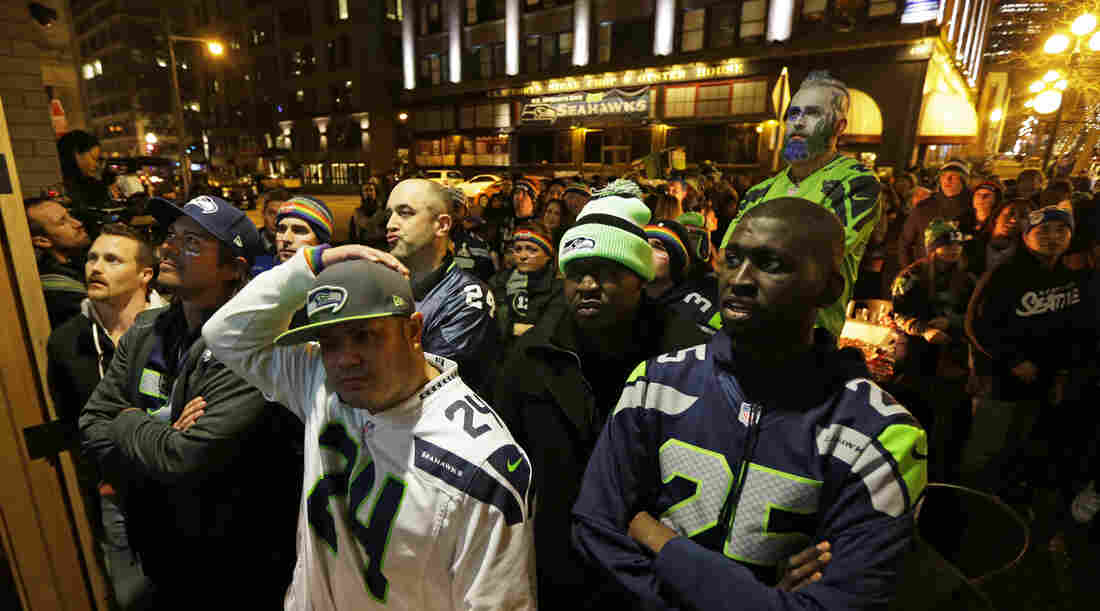 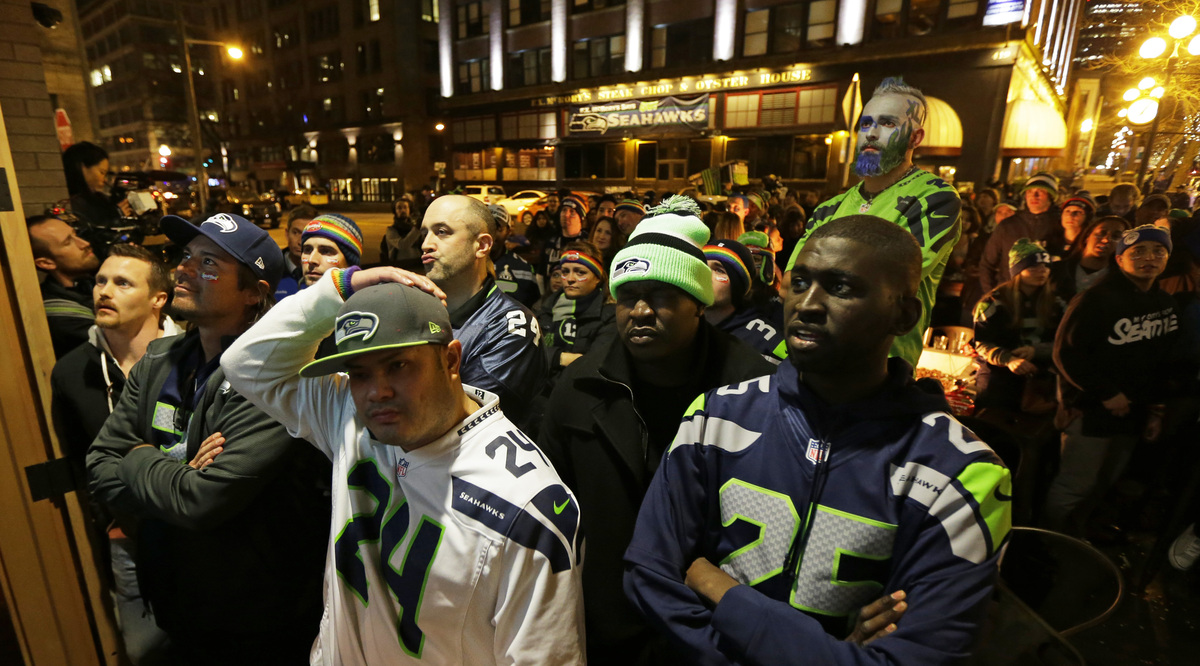 It's the Monday morning after the Super Bowl. What better time for Monday morning quarterbacking? And what better play to go over than the one that sealed the New England Patriots' victory Sunday night over the Seattle Seahawks?

You've probably seen the play by now — the one in which New England cornerback Malcolm Butler intercepted a Russell Wilson pass at the goal line with 20 seconds left in the game — an interception that denied the Seahawks a second straight Super Bowl victory.

Patriots fans are probably watching that video over and over again. Seahawks fans are probably wondering what might have been, fuming over what The Seattle Times says was the "inexplicable decision to pass instead of handing the ball to Marshawn Lynch."

It's being called the "worst call in Super Bowl history." The folks at Sports Illustrated were more emphatic: "That was simply the most astounding play call in NFL history."

"I think it was a call that they will live with for as long as there are Seattle Seahawks," Don Banks, senior writer at Sports Illustrated, said. "Really, a truly horrendous brain cramp at the absolute worst time."

Jerry Brewer of The Seattle Times put it this way:

"You could almost see the eccentric running back [Lynch] nicknamed Beast Mode diving into the end zone and doing his handshake celebration. You could almost see the blue and green confetti falling at University of Phoenix Stadium. Instead, in one moment, the Seahawks forgot who they were. And Super Bowl XLIX turned into the most painful loss in franchise history.

"It happened because of the worst play call in Super Bowl history, a decision that will also go down as one of the most regrettable ever in Seattle sports. With 26 seconds remaining, Russell Wilson took a shotgun snap and threw a quick slant intended for wide receiver Ricardo Lockette. New England cornerback Malcolm Butler jumped in front of the route, however, and intercepted the pass in the end zone.

On ESPN, columnist Ian O'Connor called it the "worst Super Bowl play of all time," and placed the blame squarely on Pete Carroll, the Seahawks head coach.

"All Carroll had to do was apply a little common sense to the final seconds of Super Bowl XLIX, and no, it wasn't too much to ask," he wrote.

Carroll explained the rationale for the play: "We were going to run the ball to win the game — just not on that play. They had sent in their goal-line people.

"They had guys on the line of scrimmage. So we thought we'd spread them out with three wides. ... We had three downs and we had a timeout. This one didn't work out for us. In retrospect, we could have run it."

He also took full responsibility: "There's really nobody to blame but me," he said.

"When Jermaine caught that ball, I felt it was meant to be for us. Oh, no doubt — we're gonna score. Beast Mode. Beast Mode! Best back on the (expletive) planet. That's crazy!"

But Carroll's call does have its defenders.