Accessibility links
'3-Parent Baby' Law Moves Forward In Britain : The Two-Way While the technique is often referred to by the shorthand "three-parent baby," the controversial process uses nuclear DNA from two parents and the mitochondrial DNA of a third donor. 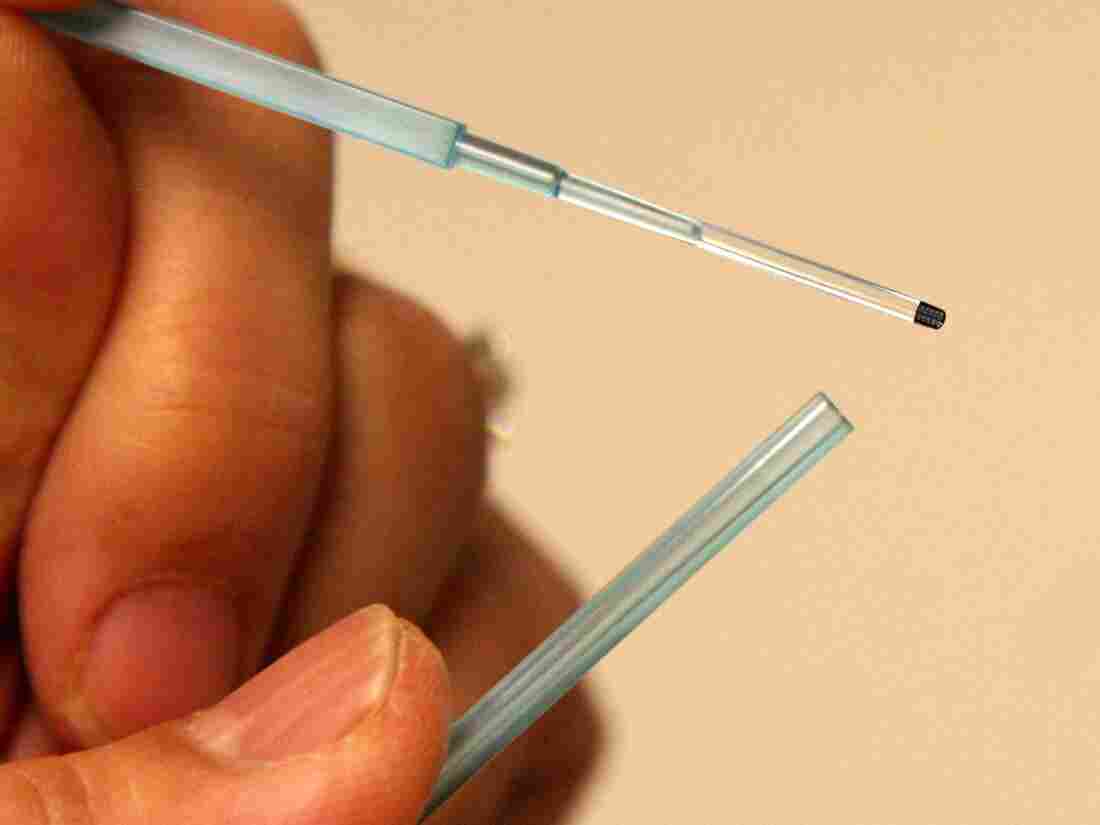 The U.K. could become the first country to legalize the production of a human embryo from three donors. Here, the freezing platform for an embryo, top, also known as a straw, is seen at an in vitro fertilization lab. Jim Stevens/MCT/Landov hide caption 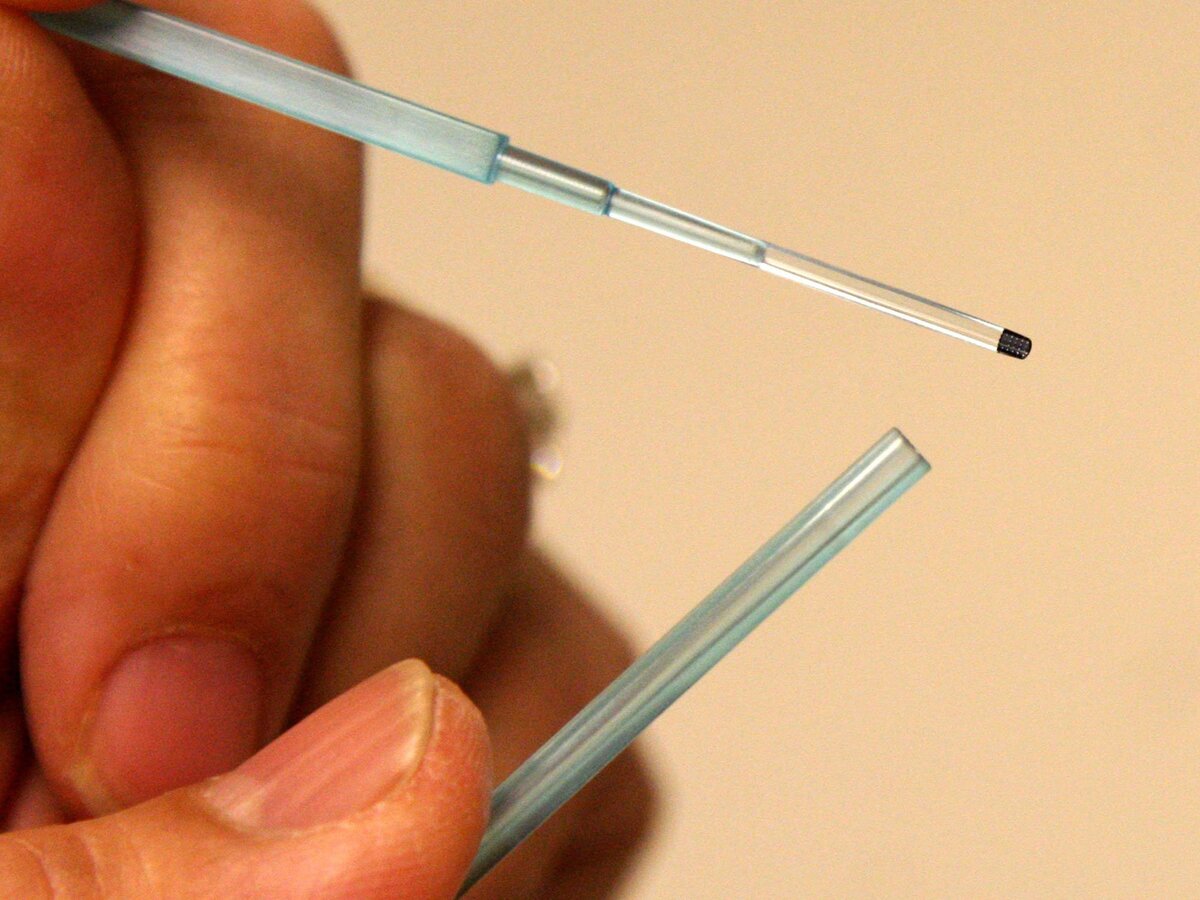 The U.K. could become the first country to legalize the production of a human embryo from three donors. Here, the freezing platform for an embryo, top, also known as a straw, is seen at an in vitro fertilization lab.

Britain is on track to become the first country in the world to legalize a controversial procedure that uses DNA from three people to produce an embryo, as a way to cut out inherited DNA that can cause serious health problems in children.

The House of Commons voted to approve the Human Fertilization and Embryology (Mitochondrial Donation) Regulations 2015 after a contentious debate in which MP Fiona Bruce called for drawing a "red line" to prevent a practice that she said has not been sufficiently tested. Other opponents said legalizing the method could lead to a new era of modifying the human germline.

But backers of the measure disagreed, saying the debate was similar to one surrounding in vitro fertilization in the 1970s, when Britain announced the birth of the world's first human "test-tube baby." As in that case, the proponents said, the risks and potential benefits are to be undertaken only by the parents.

While the in vitro technique is often referred to by the shorthand "three-parent baby," the process uses the nuclear DNA from two parents and the mitochondrial DNA of a third donor.

The British bill would take effect on Oct. 29.

"The process known as mitochondrial donation involves intervening in the fertilization process by replacing faulty mitochondrial DNA from the mother, which can cause inherited debilitating and fatal conditions, with healthy DNA from another woman.

"It also means such conditions will not be passed to future generations."

The British government has been reviewing the process of oocyte modification or three-parent IVF for a while now; last summer, a health agency found no reasons to think it would be unsafe. But the proposal has led to ethical debates and stoked concerns about setting a new precedent for genetic manipulation.

As we reported last year:

"The procedure targets problems in mitochondria, the energy-producing organelles that have their own DNA. Their genome is both prone to mutation and inherited maternally — characteristics that have led researchers to think up ways to help women who carry mutated genes to have healthy children."

In Britain, the legislation known as the Human Fertilization and Embryology (Mitochondrial Donation) Regulations 2015 is seen as having a good chance at being approved.

"The government backs the measure in principle," the BBC reports. "However, MPs will be given a free vote, as it is an issue of conscience, rather than being forced down party lines."

The news organization spoke to a young woman who was born with the help of three-parent IVF. Teenager Alana Saarinen tells the BBC that she takes after her mother and father.

"I also have DNA from a third lady," Saarinen adds. "But I wouldn't consider her a third parent, I just have some of her mitochondria."

U.S. agencies, including the Food and Drug Administration, have also been looking into the process. The United Mitochondrial Disease Foundation estimates that from 1,000 to 4,000 American children are born each year with a mitochondrial disease.